A CARDIFF researcher has received a £2.15 million grant from Cancer Research UK to discover kinder treatments for head and neck cancer patients.

The money will further fund the PATHOS trial which focuses on cancers caused by a common virus called Human Papillomavirus (HPV).

The aim of the research is to reduce the intensity of head and neck cancer treatment which can result in “devastating” side-effects for some patients – including losing the ability to swallow.

Prof Mererid Evans, a Consultant Clinical Oncologist at Cardiff’s Velindre Cancer Centre, has been awarded the funding as part of a joint grant with Prof Terry Jones from the University of Liverpool.

The announcement is being made to highlight Cancer Research UK’s ‘Right Now’ campaign which shows the positive impact research has made on the lives of people diagnosed with cancer. 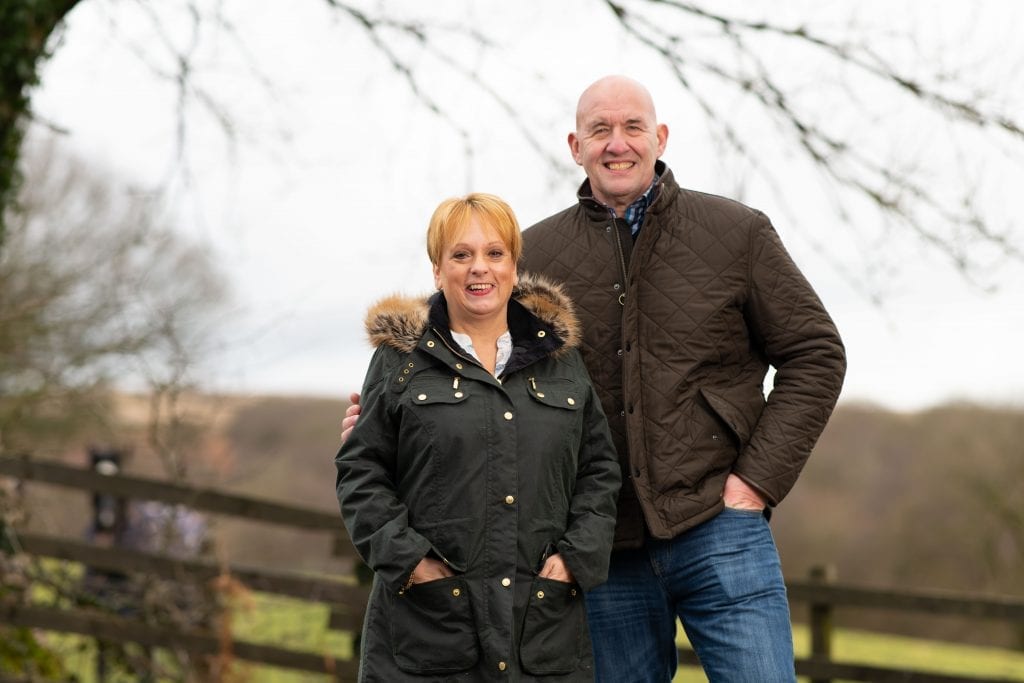 Anthony Butt, 60, from Penderyn knows all too well the importance of the grant as he took part in the trial in 2016.

It was during a routine check-up at the dentist when the dad-of-two’s throat cancer was picked up.

Anthony, a former police officer and grandfather-of-three, said: “The dentist spotted something at the back of my throat which needed to be checked.

“I was diagnosed a few weeks later and it felt like my whole world had ended.

“Looking back, I did have a bit of a bit of a sore throat and it felt like I had a piece of popcorn stuck at the back of my throat, but I never thought it was cancer.”

Anthony is now cancer free after having surgery followed by two rounds of chemotherapy and six weeks of radiotherapy.

His surgeon, Mr Sandeep Berry, said: “As part of the trial, Anthony had less invasive laser surgery to remove the tumour which made a big difference to his recovery.”

As the cancer had spread to his lymph nodes, Anthony needed further surgery which meant he was unable to eat solid food for nine days.

“Aside from a couple of small niggles, I am pretty much back to normal,” said Anthony. “During treatment food tasted differently and I also needed to exercise my jaw as it was a bit stiff, but that was pretty much it.

“Thankfully those side-effects were only temporary as I know some people can have long-term side-effects from the treatment which is why this research is so important.”

Infection with HPV increases the risk of certain types of cancers, including head and neck cancer. Around 8 out of 10 people will be affected with the virus at some point in their lives*.

It usually doesn’t cause any problems and most people will never know they had it. But in some people the infection will stay around for a long time and become persistent.

Prof Evans said: “The number of people diagnosed with HPV-positive head and neck cancer has increased over the last 15 years which is why this research is so important.

“Patients cured of their disease often live for several decades with the side-effects of their treatment which can have a devastating impact on their quality of life.

“Some patients are left unable to swallow and must use a feeding tube – sometimes for the rest of their lives.”

258 men have taken part in the PATHOS trial so far. A further 742 men will be recruited across 23 sites in the UK.

“PATHOS was initially funded by Cancer Research UK in 2014 and the pilot stage of the study has been so successful that we have received this new funding to expand the study into Europe and beyond.”

The study will be rolled out across other countries including Germany, Switzerland, Belgium and Italy through collaboration with the EORTC (European Organization for Research & Treatment of Cancer).

Anthony hopes to draw attention to the impact cancer research has had on his own life – giving him more precious time with the people he loves.

“I’m so grateful for research as it has not only saved my life, but it’s meant I’m now back to normal enjoying a good quality of life again,” said Anthony. “Life is precious. I’m now focusing on the future and I’m looking forward to sharing many more happy memories with my family in the years to come.”

One in two people in the UK will be diagnosed with cancer at some stage in their lives* but the good news is, thanks to research, more people are surviving the disease than ever before. Survival has doubled in the last 40 years in the UK and Cancer Research UK’s work has been at the heart of that progress.