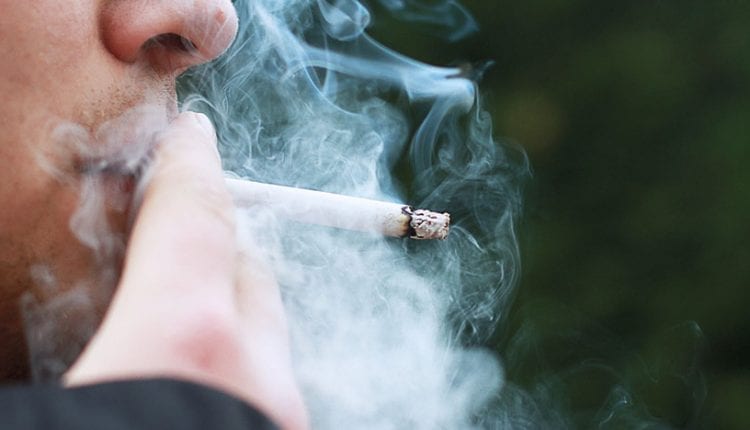 ASH Wales has welcomed the news from the latest National Survey for Wales that smoking prevalence in the country has dropped from 19% to 17%.

However, it warns that with over 450,000 people in Wales continuing to light up, and prevalence highest in the country’s most deprived communities, reducing smoking should remain a major public health priority.

Smoking rates are highest in Wales’ poorest communities with 21% of adults smoking in the most deprived areas, a fall of 7 percentage points since the 2017-18 survey was undertaken. Smoking prevalence remains at 13% in the least deprived areas.

Overall the figures mean the Welsh Government is now 1% off its target to reduce smoking prevalence to 16% of the population by 2020.

The decrease follows a year of continued investment in national stop smoking services in Wales. Robust tobacco control measures and the introduction of smoke free spaces across Wales have also led to the country moving one step closer to becoming smoke-free.

First Minister Mark Drakeford, described the results of the survey as “extremely positive” and said the Welsh Government remains committed to tackling smoking prevalence in Wales: “The latest National Survey for Wales showing a further drop in smoking rates is extremely positive – we are now very close to reaching our target of cutting adult smoking rates to 16% by 2020. We are committed to doing all we can to reducing smoking rates across Wales and supporting smokers who want to quit.

Suzanne Cass, CEO of ASH Wales, said she hoped the results reflect a shift in attitudes towards smoking in Wales: “Smoking is responsible for thousands of deaths in Wales every year, at a huge cost to the country’s NHS, not to mention the devastating impact on families.

“We are encouraged to hear smoking rates have fallen and believe this is due to a combination of factors including smoking bans, smoke free spaces and the rise in the popularity of e-cigarettes as a smoking substitute.

“It is our hope that these changes reflect a change in attitudes towards smoking, which was once perceived as a normal lifestyle choice but is now viewed by many as a life-threatening addiction which destroys lives.”

She went on to say however, that despite the decline in smoking rates there is still much work to be done in tackling smoking prevalence, particularly among the most deprived areas of Wales.

“We cannot afford to be complacent when it comes to tobacco control. Great progress has been made however, smoking remains a major cause of health inequalities, poverty and death in Wales, with prevalence still highest in our most deprived communities.

“Smoking rates among our young people remain stubbornly high, with 9% of 15-16-year-olds still smoking weekly and the availability of illegal tobacco provides a ready supply of deadly cigarettes at pocket money prices.

“Reducing smoking prevalence in Wales must remain a major public health priority and form part of any agenda aimed at improving the nation’s health.”

Full-time education still most popular route for students in…

Inside the new Swansea arena as it begins to take shape

First look of Museum of Military Medicine planned for…

Cardiff drive-in cinema review: what to expect at Street…