At What Age Do Autistic Behaviors Get Detected the Most? 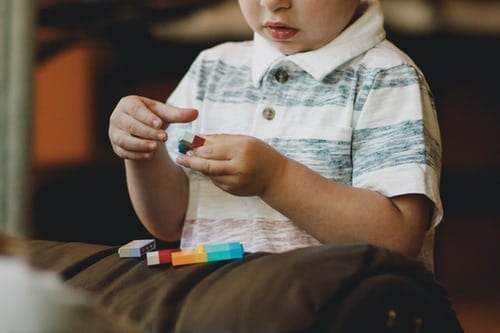 While the symptoms may vary, most children with autism show signs of difficulty in communicating verbally and non-verbally, a lack of social skills, and the inability to relate to the world around them. Detecting autism early is necessary to help the child receive the intensive care and intervention they need in order to mitigate the effects of autism and help your child to develop.

This article will look at the difficulty of diagnosing autism and how to spot it in children of different ages.

The Difficult with Early Diagnosis

Diagnosing autism is not easy since there is no medical test that a child can take to confirm his or her condition. The only way to recognize autism is to carefully study your child’s behavior and developmental patterns. The signs and effects of autism can range from mild to serious for children. While it is usually hard to diagnose autism before 24 months, you can still recognize symptoms from 12-18 months. By detecting autism before your child turns 18 months, you will be able to provide early and intensive treatment to your child that will effectively help treat the symptoms. A young child’s brain has remarkable plasticity and adaptability, hence, early treatment can make all the difference.

Differences Between Boys and Girls

The US Center for Disease Control and Prevention (CDC) also estimates that boys are “four times more likely” to receive a diagnosis in autism than girls. In fact, parents and health care providers often overlook the symptoms of autism in girls, partly due to the stereotypes that girls are quieter by nature. Girls can also hide their symptoms better, and autistic girls are generally able to make friends more easily than autistic boys and so their problem is not as easily detected. Girls also put more effort into trying to fit in socially, which hides their symptoms, and that’s why many autistic girls are not diagnosed until their teenage years.

What Parents Should Look Out For

Some early signs that parents can look for are when the infant seems quiet and undemanding. This can be mistaken for the behavior of a “good baby”, however, if you recognize the absence of typical behaviors, you will be able to see that these are warning signs. If your baby or toddler fails to make eye contact, such as when she or he never looks at you when being fed or doesn’t smile when being smiled at, respond when someone calls their name, or use communication gestures, then these are early signs to observe carefully. Additionally, if your child does not make any noise to get your attention, make any facial expressions, or have any interest in playing with other kids, then those are other telltale signs of autism.

Common Signs of Autism in Toddlers

Medical professionals have listed several development signs based on age that may call for immediate care and attention:

Another sign to look for is a regression of any kind. Some children with autism still develop communication skills until they are 2 years old, but then stop using language or playing social games completely. This sign of regression has a high chance of being autism. If your child has started learning to talk with words like “mommy”, but then stops communicating entirely, then that is an alarming sign you need to pay attention to.

For older children, the signs of autism can be quite diverse, but mostly center around these issues:

A diagnosis by age 2 by a professional can be considered reliable, but many children do not get diagnosed until they become teenagers. This causes the delay in getting the help they need, which can make treatment less effective and more time-consuming. Parents should always pay attention to their child’s behavior and development patterns in order to detect autism signs and symptoms as early as possible.