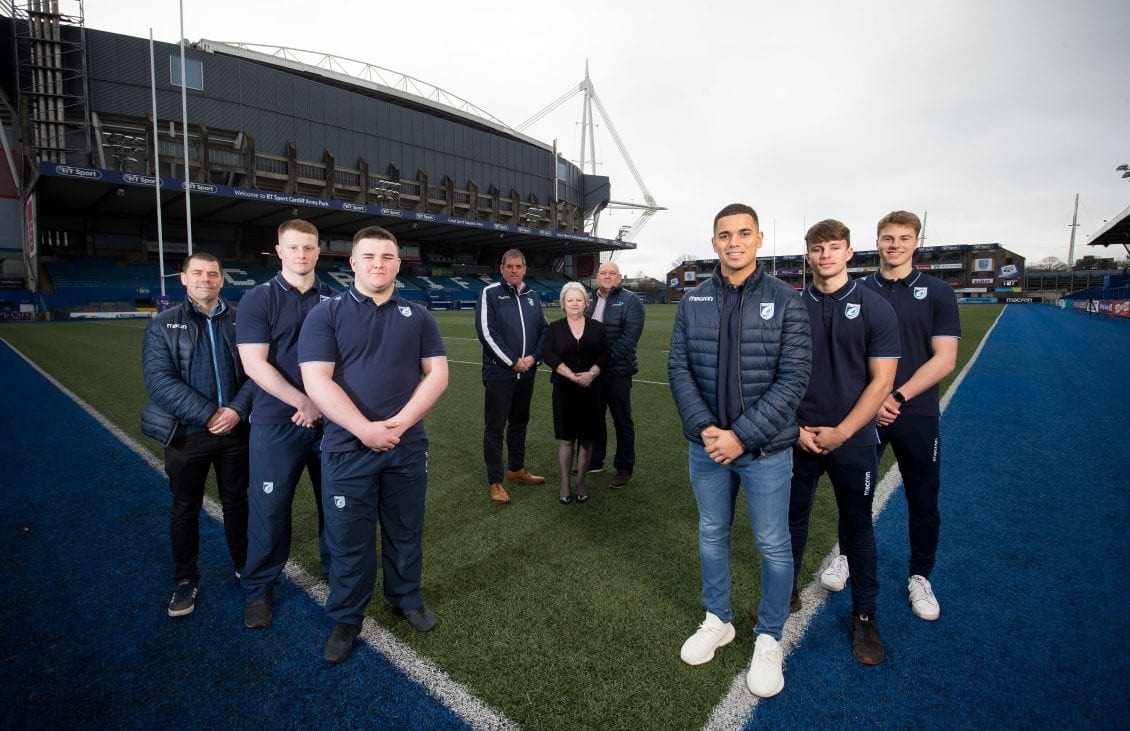 Cardiff and Vale College’s Rugby Academy is entering its fifth season, and the results it has achieved are starting to have a positive impact on sport in the region.

A strong partnership with Cardiff Blues and its own Academy means that the next generation of rugby talent has no need to travel outside of the Capital Region to prepare for the future.

The CAVC Rugby Academy is made up of students from across the College who are studying a range of vocational and academic courses. The Academy provides a supportive and specialist environment that combines first-class coaching and sports facilities with the College’s wide portfolio of courses. Players can progress in their sporting careers while studying at the College and prepare for a future outside of sport as well.

It is already having results. This year the Academy’s first captain Ben Thomas, signed a senior contract with the Cardiff Blues and was crowned man of the match in his first start against Pau in the Challenge Cup. CAVC is also Ben’s player sponsor in his first season.

Recently, a further four Academy players have signed U18 contracts with the Blues. More than 20 players have been capped at various levels over the past five years or have gone on to other regions, and the CAVC Rugby Academy continues to grow and work in partnership with the Blues.

Cardiff and Vale College Principal Kay Martin said: “We started the Rugby Academy in order to balance the aspirations of young people who want a future in rugby with their academic studies. I’m delighted with the successes we have had – people have gone on to university, careers and success with the Blues.

“We are particularly proud of Ben Thomas who has made it to the first team of the Blues, and university after leaving CAVC.

“As the proud official college partner of the Cardiff Blues we make sure people don’t just achieve in rugby but they also get qualifications as well to stand them in good stead for a future career after rugby.”

“Principal Kay Martin is a trustee on our Community foundation so it’s not just about rugby; it’s about community engagement – it’s a hugely important part of Cardiff blues and we are really grateful for the relationship as it’s one that works brilliantly.”

CAVC Director of Rugby Martyn Fowler said: “If you want to come to Cardiff and Vale College and play with the Rugby Academy we make sure we look at and develop the whole person from the academic side and from a rugby perspective. We provide an aspirational pathway which gives youngsters an opportunity to play in high profile fixtures – we have travelled to Japan to play in the Sanix Would Youth Tournament and in 2021 we will be travelling to South Africa.

“The Academy is fairly young but continues to grow. Players have participated in regional U18s rugby and players have been capped at various levels and we are now seeing progress into the professional game with our former skipper Ben Thomas. We aim to keep building that success on an annual basis.”

Cardiff Blues player and former CAVC Rugby Academy student Ben Thomas said: “I chose to study at Cardiff and Vale College as it was the really natural progression for me coming out of Corpus Christi High School.

“I had the potential to go over to England to study at a school over there but going to Cardiff and Vale College made sense to me because of the connection with the Cardiff Blues.

“My experience of Cardiff and Vale College was a really good one – it helped me to develop both on and off the rugby field. The way that you are able to balance your academic work with your rugby progression is really good – the rugby provision is top notch and everything you need to become a professional rugby player.

“I’ve signed my first professional contract with the Cardiff Blues this year and its been a bit of a breakthrough season for me. To have the opportunity to play at the Arms Park in front of your home crowd is amazing and something that I’ve always wanted to do.”

Own a Welsh legend made from Lego