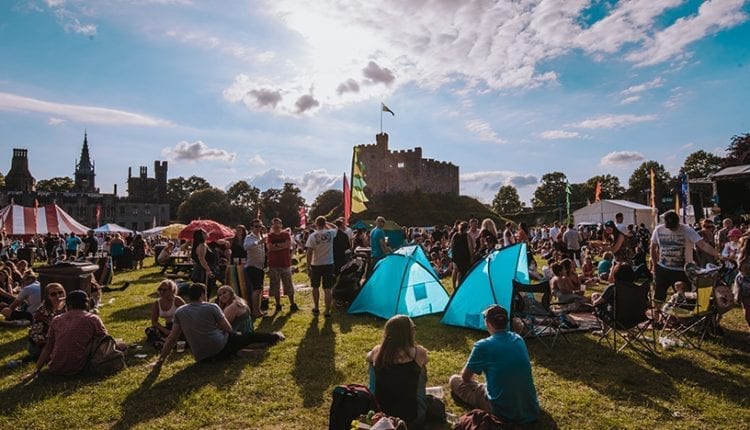 Two of the UK’s most exciting music acts have been confirmed to play the DEPOT IN THE CASTLE festival at Cardiff Castle on Saturday 13th July 2019.

Tom Odell, the Ivor Novello-winning song writing sensation with multiple awards and 1.8 million sales under his belt, will support headliners Clean Bandit, whose 4bn global streams and string of top 10 hits make them one of the UK’s most successful bands.

This will be the first time that either has played within the iconic setting of Cardiff’s castle.

The DEPOT IN THE CASTLE festival (founded by the same team behind the DEPOT events venue on Dumballs road) started life as DEPOT IN THE PARK, and was initially based at the SSE SWALEC stadium. It combines entertainment, street-food, live music, local performers and a party atmosphere to create an inclusive festival atmosphere suitable for all the family.

Now in its third year – the second to be based at the Castle – the event is hoping to attract 8,500 revellers on the 13th July.

“Last year we welcomed just over 5,000 people to the castle to party with us, but we want to take it to the next level this year, with not one, but two major acts, so we’ve increased capacity for an extra 3,000 tickets.

We’ve also added a second stage which will host exclusively local talent, and expanded our street food village to include 15 different traders.

There’s nothing quite like watching the sun go down behind the Castle whilst an incredible live soundtrack is being performed right in front of you – we can’t wait to do it all again!”

More than a thousand ‘early bird’ tickets for DEPOT IN THE CASTLE have already been sold.

Second-release tickets will be available from Tuesday 22nd January, via: https://bit.ly/2RSmNkw