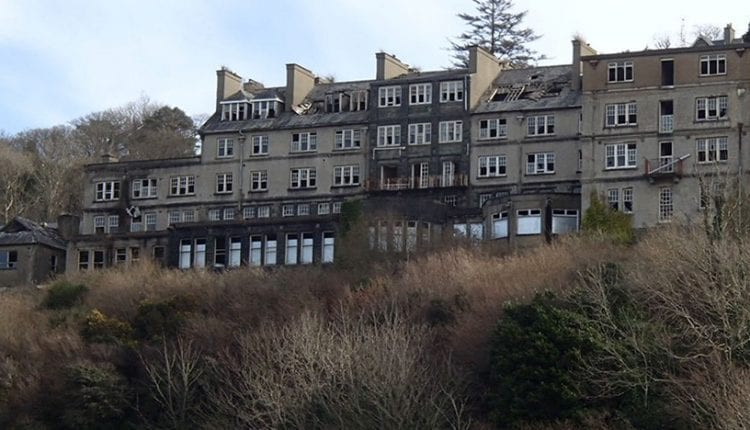 In anticipation of the possible future demolition of the St David’s Hotel in Harlech the Snowdonia National Park Authority has appointed a contractor to construct a bat barn to re-home the colony of bats that reside in the derelict hotel.

The hotel has stood empty for quite some years and is rapidly deteriorating into a ruin. Back in 2015 the Snowdonia National Park Authority issued the owners with an enforcement notice to demolish the building. Failure to comply resulted in two subsequent prosecutions, but unfortunately the building is still standing

As there is no indication that the owners are intending to demolish the building, over the past few months the National Park Authority have been exploring the possibility of taking direct action by undertaking the demolition work itself.

Although the demolition of the building is still subject to securing funding, the Authority is keen to address other issues to help facilitate the work should funding become available. A key issue here is the building of a structure within which the bats that currently reside in the hotel can be trans-located. All species of bats and their roosts are protected by law, and the Authority are working with specialists ecologists on this issue.

To this end the National Park Authority, with permission of the owners, have appointed a contractor to construct a small bat barn on the site. Weather permitting, work will take place on site between the beginning of January and mid March 2019.

“Constructing the bat barn is an important part in the process of removing the eyesore that is the derelict hotel. We will continue to pursue the issue of demolition, but there are still significant constraints to overcome – with financing the work being the primary issue.”

New lettings at the Cambrian Buildings in Cardiff Bay