A fun day was transformed into a scene from the hit film franchise Jurassic Park when it was invaded by rampaging dinosaurs.

Although they looked fearsome, there was nothing to worry about when the Tyrannosaurus Rex and the Velociraptor bared their teeth and roared at the Big Day Out organised by housing association Cartrefi Conwy.

[aoa id=”1″]Hundreds of tenants came across the county to the popular annual event at a sun-baked Stadium Zip World at Eirias Park in Colwyn Bay to help celebrate the organisation’s 10th anniversary.

The scary prehistoric visitors, both around 10ft tall and 15ft in length, were accompanied by a couple of charming youngsters, a baby Brontosaurus and a relatively tiny Triceratops.

Other entertainment was provided by Voice star Tesni Jones, who returned to her home town for the event, and the popular Britain’s Got Talent singing duo Richard and Adam. Heart FM presenters Oli Kemp and Lois Cernyw were also there.

Spokesman Kevin Riley said: “The Jurassic Park franchise really ramped up interest in the prehistoric world and what child doesn’t love a dinosaur?”

Tenant Sarah Leon-Davies from Old Colwyn was there with her children Mia, seven, and Kai, eight, and thought the dinosaurs were amazing.

She said: “The children have really enjoyed the day especially the dinosaurs, they are a bit scary at first but look so lifelike, it’s just amazing.

“The Big Day Out is brilliant, there is so much to do and there’s a chance to get a lot of information that can be of help. Kai enjoyed talking to the police officers as he wants to become a policeman when he’s older.”

Robert Welton, aka Ranger Rob, brought along some smaller creatures – a selection of reptiles and spiders.

He said: “The idea is to raise awareness that reptiles and spiders are not to be feared and are in fact, on the whole, very gentle animals. So many people have phobias about snakes and lizards but without knowing a great deal about them.

“We also want to get the message across that people need to be careful about what they keep as pets. Snakes can be bought as small pets but, if cared for properly, they can grow to be enormous.

“People should really think very carefully and do lots of research before buying exotic pets.”

Kirsten Burgess, 14, a pupil of Ysgol Bryn Elian who lives with her parents on the Parc Peulwys estate, fell in love with Ranger Rob’s five-foot-long albino Burmese python.

She said: “It’s gorgeous and not slimy like I imagined. It’s a beautiful animal and I absolutely love it.”

According to Cartrefi Conwy managing director, Gwynne Jones, the Big Day Out was the perfect way to celebrate their 10th anniversary.

He said: “It really has been a fantastic celebration but at the same time gives us the opportunity to talk our tenants about day to day life.

“It’s important we get key information out, particularly around the changes and roll out of Universal Credit. People need to know how this can affect them and be prepared for changes. It’s important they know who to turn to first for help and avoid loan sharks or door step lenders.

“Our sister company Creating Enterprise also came along in their new Jobs Bus. The Jobs Bus gets people back on the road to employment. Tenants can hop on board to get advice and guidance plus browse a range of local jobs.
“The Jobs Bus is a great addition for Creating Enterprise’s Employment Academy that in the last year has found jobs in the local community for 21 tenants.

“We have to thank all our sponsors including Novus Property Solutions, City Plumbing Supplies and main sponsor Brenig Construction. We have worked closely with Brenig over many years on a great many projects.

“We are also grateful to everyone who have come along to support the event and give tenants important information.
“I’m also delighted our chosen charity The Osborne Trust, are at the Big Day Out event. We are aiming to raise £10,000 for the charity in this our 10th anniversary year. We have raised close to £9,000 already and have more fundraising activities planned before the end of the year so we’re confident we’ll hit our target.”

Among the VIP visitors was Clwyd West AM Darren Millar who said: “It’s fantastic to see so many partners here working together to benefit Cartrefi Conwy tenants.

“Cartrefi Conwy does a wonderful job in building communities and helping their tenants in so many areas.”

It was a sentiment echoed by Bay of Colwyn mayor Steve Williams who added: “What a fantastic event! It’s key that tenants have all the information they need as it empowers them in so many ways. And the young people here having a great time are tenants of the future.”

Conwy County Borough Council’s chair Cllr Peter Lewis said: “I’m also delighted to see so many partners working together to benefit tenants. I was particularly interested in the information available in dealing with loan sharks as an example.”

Cartrefi Conwy Chief Executive Andrew Bowden said: “It’s been a fantastic event and fits in perfectly with our motto of creating communities to be proud of. I’m really pleased to have seen so many tenants and families here enjoying the fun.”

The Osborne Trust offers free emotional and practical support for children of a parent with a cancer diagnosis and undergoing cancer treatment. For more information visit http://www.theosbornetrust.com/all-our-support/ 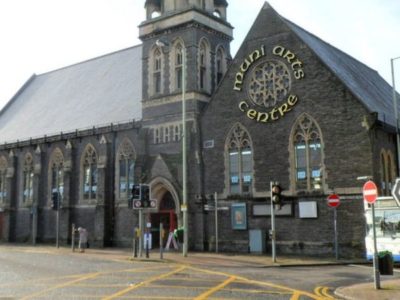 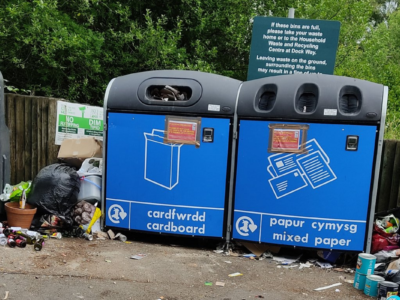 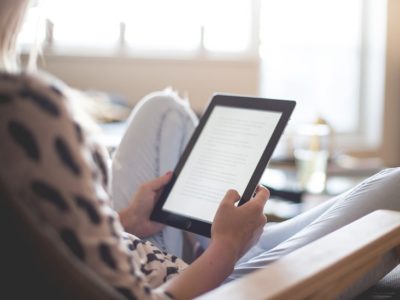 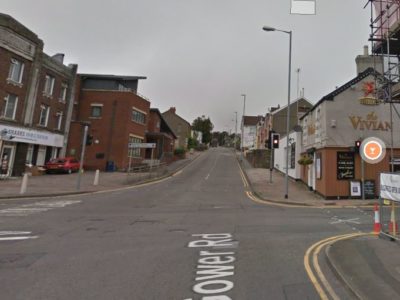