The former Brymbo iron and steel works near Wrexham will be transformed into a new visitor attraction, community hub and business space thanks to a grant of £4,147,200 from the National Lottery Heritage Fund.

The five-year project will deliver new facilities, jobs, training and apprenticeships for the area, as well as protect and open up to visitors the internationally important 300 million year old ‘fossil forest’ that was discovered during open cast coal mining in 2003. 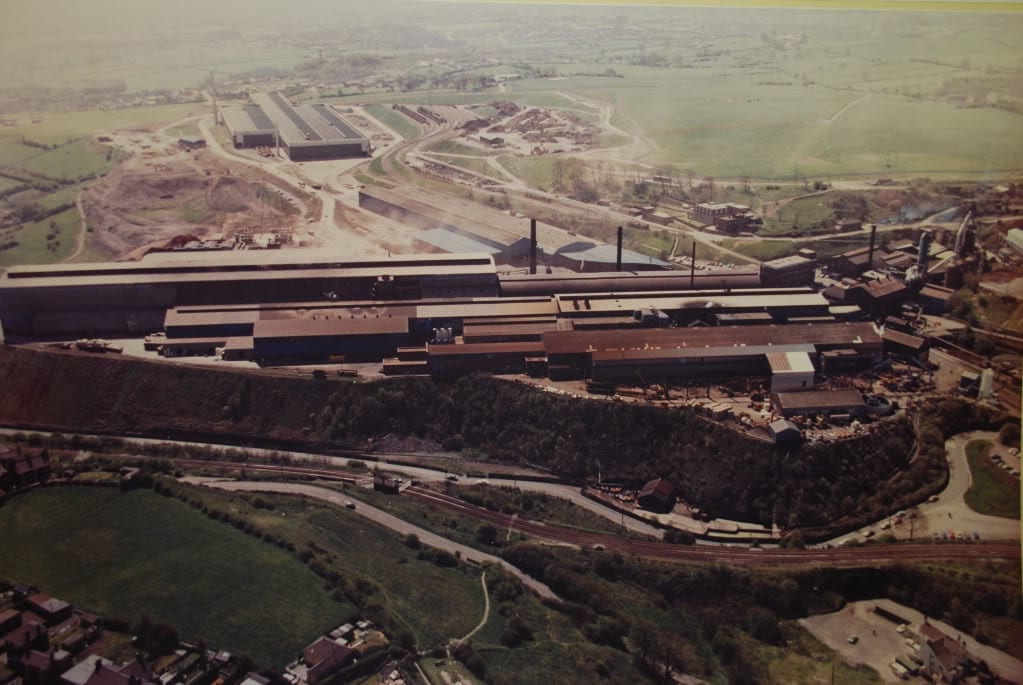 Nick Amyes, Chair of Brymbo Heritage Trust, said: “Brymbo’s coal was medal winning, its iron fuelled the expansion of steam and the railways, and its steel was at the heart of Britain’s engineering prowess. It’s a place that should feel proud. Yet our community lives in the shadow of the loss of its industry in 1990.

“Following the site’s closure thirty years ago, its historic core stood empty for many years. Since 2014 the Trust has been delivering a range of temporary activities at the still derelict site, building awareness, enthusiasm and momentum, and countering the vandalism, arson and anti-social behaviour that had started to set in.

“We’ve been successful in attracting investment already, but most of it has been dependent on securing this final piece of major funding.

“This massive boost from National Lottery players will enable us to give this former major industrial site a new lease of life; we will use Brymbo to help build a new sense of pride, hope and cooperation for the local community, while helping put Wrexham ever more firmly on the map for visitors to North Wales.”

The Brymbo works was founded by industrialist John ‘Iron Mad’ Wilkinson (1728–1808) who made his fortune pioneering the manufacture of cast iron goods. Following his successful iron smelting business and the invention of new technologies, steel production began on site from 1885, and business boomed over the following decades.

However, following the decline of industry in the 1970s and 1980s, Brymbo suffered heavily and eventually ceased production in 1990, leaving the site largely abandoned and the local community devastated with the loss of 1,125 jobs.

Expected to attract up to 37,000 visitors per year, the restored site will:

Baroness Kay Andrews, Trustee and Chair of the National Lottery Heritage Fund in Wales, said: “This hugely exciting project will re-invent Brymbo for today’s community, and thanks to National Lottery players the site will now have potential to once again play a key role in the development and economic regeneration of the area.

“This will offer Brymbo a new chapter in its history which, as we know, dates back far beyond the industrial revolution of the 18th century.

“The incredibly rare 300 million year old fossil forest lying just hidden beneath the ground – the only one in Wales and the best example of its type in the world – will be preserved and opened up to the public and will be used to help people see the connections between the geology and the industry that came millions of years later.”

Local Assembly Member, Ken Skates, added: “This is fantastic news, not only for the project itself but for North Wales as whole. The story of Brymbo and its rich heritage is one that should be shared widely and has the potential to be a magnet for tourists and locals alike, boosting the local economy in the process. I very much look forward to seeing its redevelopment, thanks to the support of National Lottery players.”

Brymbo Fossil Forest will be the subject of this Wednesday’s Coast and Country on ITV at 8.30pm.

Swansea youth activity schemes in the running for UK awards

Techniquest to temporarily close its doors