Improved connectivity is vital for the future success of Cardiff 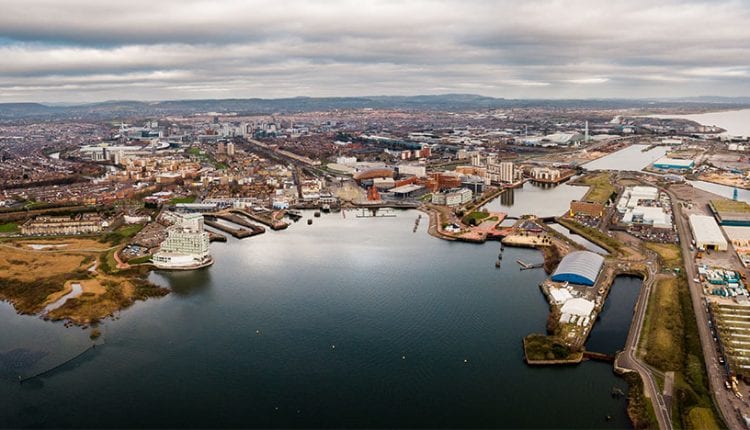 Improved connectivity for Cardiff is the key message behind a new report that has been released by real estate advisor, Savills.

The report titled ‘Cardiff: Connecting the City’, examines the future potential of the city in relation to residential and commercial property, and the impact of capital projects that are underway.

The creation of vibrant new mixed used schemes, and new infrastructure to connect them to the traditional city centre, will be imperative to Cardiff’s future prosperity says the report.

Cardiff punches above its weight compared to other regional cities, according to Savills. The sixth biggest retail centre in the UK, it attracts over 20 million visitors and £1 billion to the local economy annually. The population is expected to grow 25% by 2034 – faster than any other UK city – and outpace national employment growth, bringing in 27,600 new, largely skilled, jobs.

Cardiff’s real estate market has remained resilient in recent years, with house prices now 21% above their pre 2008 peak. However housing in the city is still relatively affordable, which is highlighted by Savills researchers as a distinct advantage over its regional counterparts. For example, the average house price to earnings ratio in Cardiff is 6.58, compared to 8.99 in nearby Bristol. Similarly Grade A office rents are at £25 per sq ft, compared to top rents of £35 per sq ft in Bristol.

Now, to unlock its full potential, Cardiff must deliver on its long held vision to bring the city centre and Cardiff Bay areas together, through improved transport links, such as the Metro, and major new development in both locations and the area between (through Central Quay, Dumballs Road and the Arena).

A lack of residential and commercial development is one of the biggest challenges for the city, notes Savills. Delivery of new homes has slowed over the last five years, with an average of 490 homes built per year, well short of the annual Local Plan target of 2,071. Housing growth stands at 0.3% in Cardiff, compared to 1.5% a decade ago. The story is similar for commercial space. The removal of stock for conversion to student accommodation has put significant pressure on supply, with there now not being enough Grade A office supply to meet one years’ worth of take up.

“The creation of Central Square and Capital Quarter provided much needed relief for Cardiff’s constrained office market, however, both have proven so popular that supply has now been consumed. Luckily, there are now developments coming online near to Central Station that will create a new mixed use destination with retail and leisure operators being crucial to attracting office occupiers and residents.”

Over the next three years over 400,000 sq ft of commercial space at Central Quay, John Street and the Interchange is set to come out the ground, all in close proximity to Central Station. Residential constraints are set to be eased by delivery of the strategic allocations along the northern fringes of the city any the emergence of purpose built rental schemes, with three currently in the planning pipeline.

Savills highlights the significance of residential development to the future of Cardiff. Unlike other major UK cities, Cardiff hasn’t seen the resurgence of city centre living or the delivery of purpose built rental stock, with only 23 new build sales in 2018 (3% of all new build sales) within 1km of Cardiff Central station. This is despite Cardiff having a high proportion of 20 to 35 year olds relative to the UK average, the demographic most likely to value city centre living.

Chris Potts, head of Savills Cardiff, comments: “The right blend of working environment, infrastructure and public amenity is imperative to attract occupiers to the city centre. It is likely that a mixed use approach will be key to delivering residential in central Cardiff, as using retail and leisure as placemaking tools, which will hold particular appeal with 20-35 year olds who are looking for a ’24 hour city’.

“The city also needs to be much better connected. The upcoming residential development at Dumballs Road will play an important role in linking the commercial centre with Cardiff Bay. There is an opportunity here to create new pedestrian routes along the riverside and linking in to Canal Park and the new arena site at Atlantic Walk. This, alongside the South Wales Metro project and the plans to create an integrated bus train and tram system will make the city a more attractive place to live and work.”

Leading Welsh chef cooks up a storm in Japan