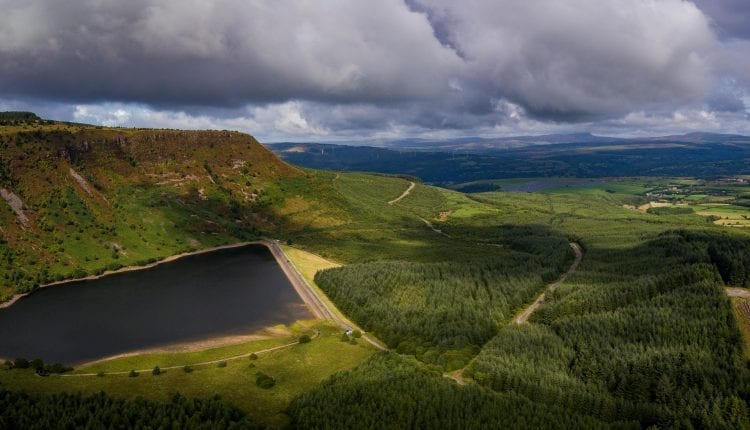 West Wales-based Kathryn Austin, a senior owner of Pizza Hut in the UK, and Catrin Jones, a co-director the award-winning Crwst café and bakery in Cardigan, were both keynote speakers at the launch of the Regional Employment and Skills Plan for South West and Mid Wales.

Hundreds of businesses attended the launch event, which was held at the Ffos Las Racecourse in Carmarthenshire.

Developed by the Regional Learning and Skills Partnership (RLSP) for South West and Mid Wales for the next three years, the new employment and skills plan has been informed by extensive consultation with the business community.

Views were sought on the skills employers currently need, as well as the skills they’ll need in coming years thanks to major investments like the £1.3 billion Swansea Bay City Deal and the Mid-Wales Growth Deal.

The new plan was officially launched by Llanelli AM Lee Waters, the Welsh Government’s Deputy Minister for Economy and Transport.

Mr Waters said: “We are living in challenging and uncertain times, which is why having clear regional priorities in place is absolutely vital to our future prosperity. As a government, we want to see a regionally-focused model of economic development which will encourage growth throughout Wales.

“Regional Skills Partnerships are crucial in achieving this, and plans such as the one launched will help identify the areas and talent we need to develop over the coming years to grow our economy.”

Jane Lewis, RLSP Manager for South West and Mid Wales, said: “We enormously appreciate the contributions of everyone in attendance at the launch event, including Kathryn and Catrin, who are both inspirational role models for businesspeople and entrepreneurs.

“Informed by feedback from close to a thousand businesses, industry cluster groups and partner organisations, this plan will help the Welsh Government deliver a post-16 learning environment that meets the needs of learners, industry and providers.

“Guiding the work of the Regional Learning and Skills Partnership for the next three years, the plan is also aimed at improving the economic well-being of South West and Mid Wales, while retaining our young talent through the creation of high-quality job opportunities close to home.

“But as well as meeting the needs of businesses now, we’ve also mapped out what their skills requirements are likely to be in coming years due to factors like further demand for digital skills, coupled with the growth of sectors including the creative industries and major forthcoming investments like the Swansea Bay City Deal and Mid-Wales Growth Deal.

“It’s vital that learning, apprenticeships and work-based placements align to the needs of local industry both now and in future to ensure our young people have the skills they’ll need to succeed in the priority sectors we’ve identified.

“This is also why a Skills and Talent initiative forms part of the Swansea Bay City Deal to enable pathways into employment opportunities the investment programme will generate.”

Over 200 businesses were represented at the launch event. Business Wales and the Department for Work and Pensions were among the exhibitors, with workshops led by Jisc, Red Rock International and the National Training Federation for Wales.

Mrs Lewis said: “There is so much innovation happening across South West and Mid Wales, with examples including a regional Homes as Power Stations project forming part of the Swansea Bay City Deal, the development of hydrogen powered cars in Powys, the growth of the marine energy sector in Pembrokeshire, and research at Aberystwyth University into the viability of seaweed as a renewable energy source.

“These are just a few examples of many hugely positive developments are that are either under way or in the pipeline, but the new employment and skills plan is a key vehicle in supporting this innovation to ensure these changes create more prosperous local communities.”

‘Britain should prepare for recessions and a no-deal Brexit’

July opening for pubs and restaurants in Wales