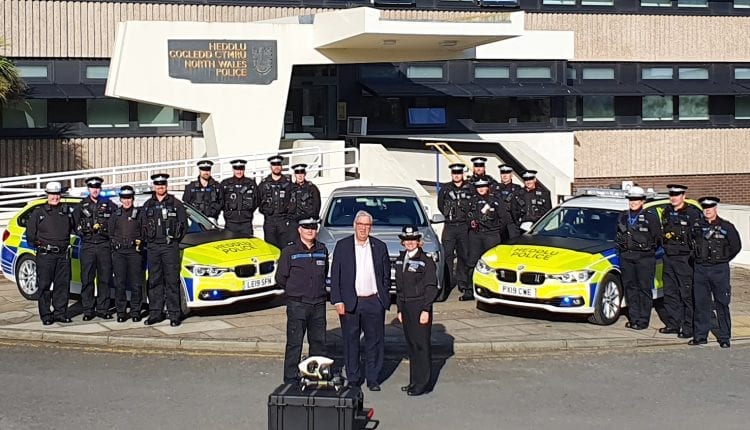 A new high tech policing unit has been set up to clamp down on organised crime and drug gangs in North Wales.

The 16-strong Intercept Team will be using Automatic Number Plate Technology (ANPR)  to identify the vehicles of gang members and make the region a hostile environment for crime groups to operate in.

It comes as County Lines gang activity continues to make headlines, which police have labelled as an “on-going threat” and Police and Crime Commissioner Arfon Jones says is one of the biggest problems facing North Wales.

The team consists of two sergeants and 14 constables and has been established with extra funding set aside by the commissioner.

It will focus on individuals and locations, including Organised Crime Groups) and County Lines targets that are causing significant crime-related problems for local communities.

“We are listening to concerns and intelligence and acting upon them in an effort to make North Wales the safest place in UK.

“County Lines has a significant impact on towns across the country and involves the criminal exploitation of young people and vulnerable adults. We want to get the message across that we will be relentless in our pursuit of serious organised crime and will continue to disrupt those involved and safeguard those who are affected.”

ACC Hatchett added: “The Intercept Team will bolster our current capability to disrupt criminal activity even further and demonstrate our commitment to maintaining a pre-emptive approach to policing to prevent criminals causing misery across North Wales.”

“The team will be working closely with their Roads Policing, Firearms Alliance Team and Local Policing colleagues with proactive operational tactics and responses to major investigations.

“They will also support and develop new intel by identifying links across Organised Crime Groups and respond to specific tasking requests from Senior Investigating Officers.”

“The team will allow us to intercept offenders to disrupt such activity, seize their assets and then convict them to protect our local communities.

“The use of ANPR and the other technologies gives us the opportunity to respond more swiftly and increases the likelihood of criminals being arrested. This approach demonstrates that we are doing all we can to ensure communities are kept free from crime.

“Importantly, it also sends a clear message that North Wales is not a ‘soft touch’ when it comes to serious and organised criminality – we are determined to identify and bring such offenders to justice.

“We intend to make North Wales a particularly uncomfortable place for organised crime and I look forward to the new Intercept team play it’s part in dismantling and disrupting organised criminal group with the intention of making North Wales the safest place in the UK to live in, work in or to visit.”

No police action over death of Wayne Pugh