Amanda Mealing, WaterAid’s newest ambassador, who plays Connie Beauchamp in BBC One’s Casualty, has given up her three double-espressos a day to drink nothing but water this January to raise money for WaterAid, and is encouraging others to do the same. 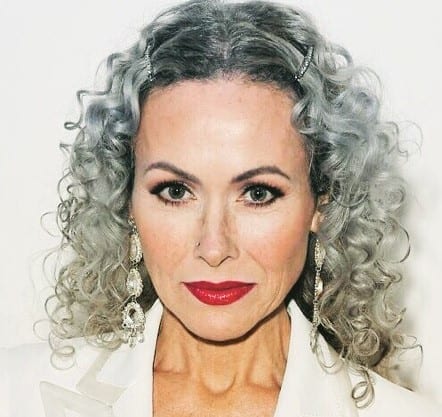 Amanda is taking part in the international charity’s Just Water challenge which invites detoxers to kick the caffeine, beat the booze, and forgo the fizzy whilst raising money to help transform lives by providing clean water to some of the world’s poorest communities. The initiative offers an ideal way to save money, reduce waste and detox this January while supporting a good cause.

Ahead of the Just Water challenge, the international charity asked more than 2,000 of the UK population about their drinking habits and aims for January 2020 and beyond. The survey found that a third of people (33%) plan to spend less and save money in January, while nearly a third (30%) are committing to doing more exercise, and just under 3 in 10 (29%) will be cutting down on plastic waste. After the indulgences of Christmas and New Year, 14% of Brits said they will cut down on alcohol in January and 8% will welcome in the new decade by committing to go teetotal.

Amanda initially embarked on kicking the caffeine for a week, but is now extending her time doing Just Water, and is urging others to pick up the toughest January abstinence challenge around. She has now raised over £600 for WaterAid.

Before starting the challenge, Amanda said:

“I’m a coffee lover, no doubt about it. I like to schedule my double espressos throughout the day; one to get out of bed, another at 10am, and my last one at 2pm. There aren’t many things that could get between me and my coffee, but for WaterAid I’ll be taking part in their Just Water challenge this January. By taking the toughest charity abstinence challenge out there, we can help give the gift of water to some of the world’s poorest communities.”

On day two of drinking Just Water, Amanda posted a video to her followers on Instagram saying:

“I must admit there are a couple of headaches … but I’ll just keep focussing on the fact that in a couple of days I’ll have detoxed, my body will be sparking and I’ll be functioning on all cylinders!”

At six days into the challenge, Amanda said:

“It’s tougher than I thought, but I’m sticking with it to raise awareness of the millions who live with their access denied to clean water. You can still get involved, so sign up now!”

“We’re hoping to raise over £80,000 to help thousands of people who are denied clean water, decent toilets and good hygiene simply because of who they are, how much money they have, or where they live. Everyone everywhere deserves to have safe, clean water close to home. No one should have their access denied.”

WaterAid is inviting people to sign up to Just Water this January, raising money by giving up all drinks other than water for a month, or longer, and giving others the gift of clean water. Please visit www.wateraid.org/justwater.

How scientists are helping save ancient Welsh apples and pears