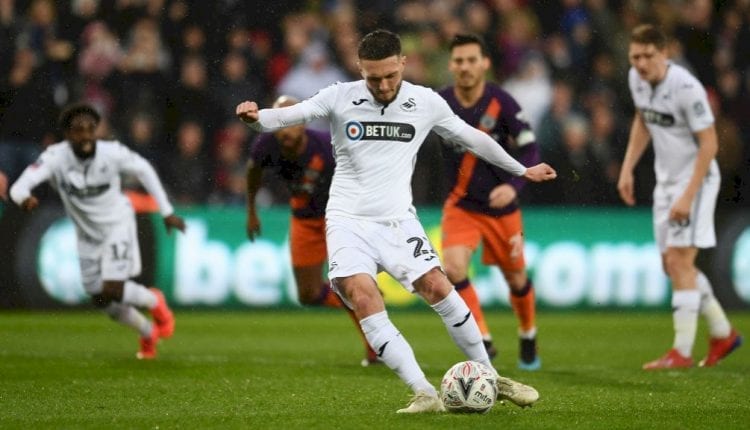 Just this week, Welsh Rugby player Jamie Roberts was seen hanging out with recent SuperBowl line-backer Samson Ebukam. Would the LA Rams athlete consider shifting from being outpaced again by potential NFL MVP 2019, Tom Brady, to trace back the pacey strikers of Championship? Since Swansea are in a dreadful low budget transfer campaign, they might be eager to make an offer!

On a more serious note, the Championship campaign gets under way in just a few weeks and Swansea City will be keen to see the back of the transfer window having experienced a summer of interest and enquiries over some of their star players.

Even if they hold on to some of those linked with moves it just goes to show how important a promotion push will be in the year ahead, because another year in the Championship will see them running low on parachute payments and the Premier League vultures will come circling for their talent once again. Unfortunately, a challenge at the top end of the table seems unlikely given the business completed so far.

The highest profile loss is that of the electrically charged Daniel James, who joined Manchester United in a £15m deal. James contributed five goals and eight assists last year and was a constant threat on the break. In addition to James it’s looking highly plausible that last season’s 24 goal MVP Oliver McBurnie, could be heading to the top tier as well with newly promoted Sheffield United long time admirers of the Scottish forward, with Glasgow Rangers also sighting him.

If that moves materialises then manager Steve Cooper will unquestionably need to get into the market for an attacking player or two with Jordan Ayew, who spent the back end of last season on loan at Crystal Palace, looking set to stay in London on a permanent basis.

Perhaps surprisingly one player that hasn’t been courted by anyone this window – yet – is Kosovan winger Bersant Celina, who was involved in 13 goals last season. Still, he won’t be able to carry Swansea on his own and with his national team standing a strong chance of qualification to the European Championships he could well jump onto the radar of some bigger clubs if he produces some of the magic he is capable of to get Kosovo over the line.

On the domestic scene he might get a helping hand from Wayne Routledge, who was originally set to be released, but he’s not getting any younger and a 46-match season could be a big ask. Even assuming those two occupy the wide roles it remains to be seen who else could step up to chip in with a decent amount of goals, although Jay Fulton bagged a hat-trick in a 6-1 pre-season friendly victory over Yeovil Town to put his name in the mix.

Still, other reinforcements will surely be needed regardless – and the word from Swans chairman Trevor Birch is that any recruits will likely be either free transfers or loan signings.

So far, it’s been an extremely quiet window on the arrivals at the Liberty Stadium with just the solitary signing of Jake Bidwell on a free from QPR and links have been few and far between. One name that has been mentioned in connection with a loan move is Chelsea youngster Kasey Palmer.

Palmer is an attacking midfielder and despite his relative youth, he does have a decent amount of experience under his belt having made a telling contribution to Huddersfield’s promotion campaign and then followed it up with a handful of Premier League appearances for the Terriers a year later.

Since then he’s added a further 40 odd Championship appearances to his name with Derby County, Blackburn Rovers and Bristol City respectively. During his time in the Championship he’s been involved in a goal every five games, scoring nine and assisting five.

Palmer, assuming he arrives, would be a welcome addition but it’s hardly a signing that will strike fear into the opposition and he, like all the offensive players, will come under instant pressure to deliver as the Swans look to improve on last seasons tenth place finish; that might be a tad optimistic given that at this moment in time it looks like they’ll do well to land another top half finish and, if things get off to a bad start, Cooper could come under immediate scrutiny despite only replacing Graham Potter in June.

Extinction Rebellion protest comes to an end after three-day standoff

Predictions for Cardiff and Swansea Ahead of New Championship Season

Jeff Aston ‘Ever Present’ runs the London Marathon in…

Teenage entrepreneur whose Dad died the day after lockdown…