Speedway GP returns to Cardiff for its 20th anniversary event

To celebrate an incredible twenty years in the Welsh capital, SGP is offering a 20% discount to local residents available from St David’s Day.

The biggest event on the speedway calendar returns to Cardiff’s Principality Stadium on Saturday, July 18 for its 20th year.

Apart from the on-track action, Britain’s biggest indoor motorsport event will mark its 20th anniversary with a host of activities for the huge crowds expected to descend on the Welsh capital.

The popular FanZone will also make a return to City Hall Lawn, providing free entertainment for the whole family with live performances from special guests, the Monster Energy Rig Riot, autograph sessions with the SGP riders and a range of food and drink stalls.

Speedway Grand Prix will see the world’s best riders’ race against each other at speeds that can exceed 120kmph on 500cc bikes with a single fixed gear and no brakes.

The iconic Principality Stadium will be transformed into a world-class speedway venue, as 3,500 tonnes of dirt are specially imported to create the unique track required for the race.

Celebrating 20 years of Speedway in Cardiff 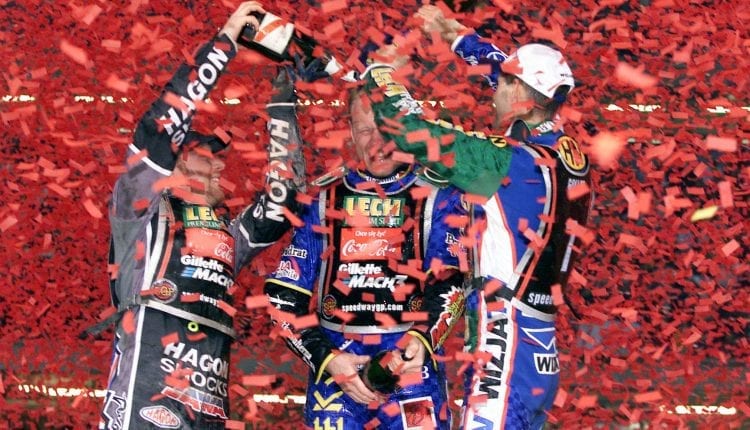 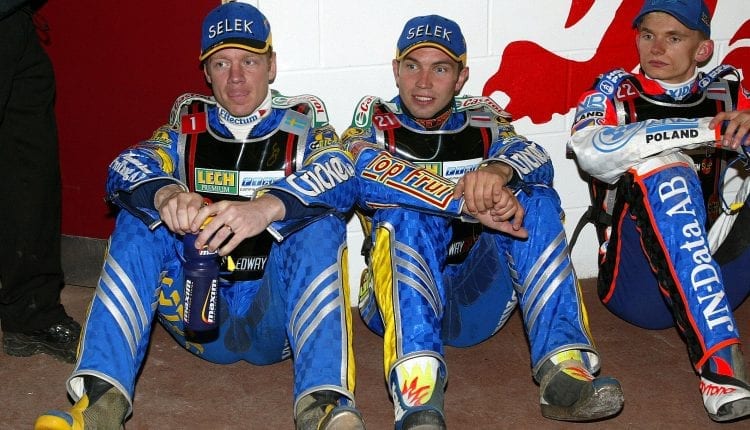 2002: Rickardsson with Polish duo Sebastian Ulamek and Krzysztof Cegielski ahead of the 2002 British SGP. 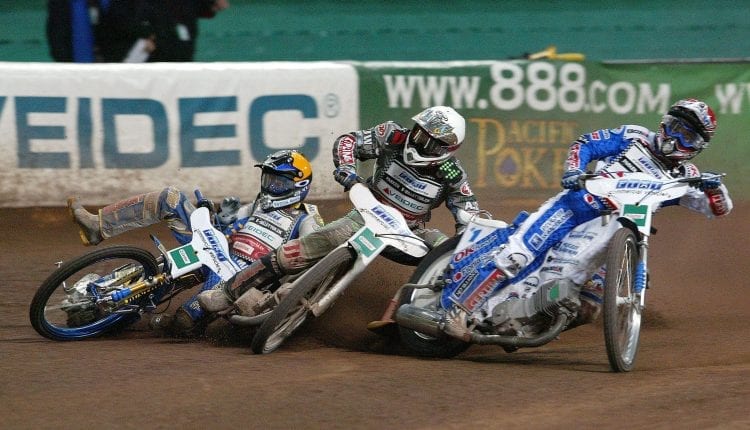 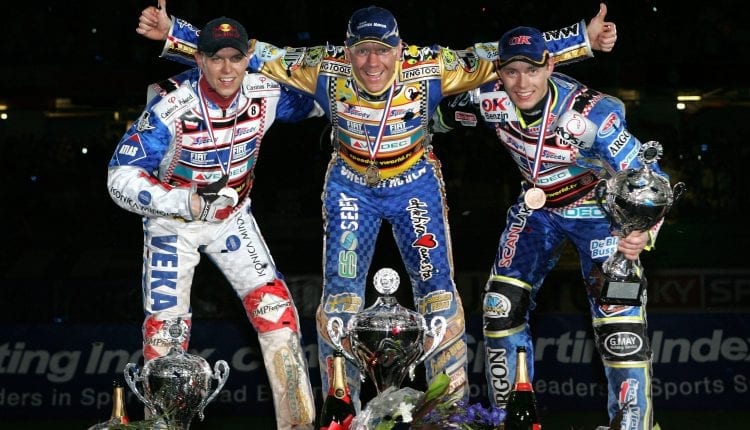 2005: Rickardsson triumphant after his jaw-dropping wall of death to win the British SGP ahead of Jaroslaw Hampel and Bjarne Pedersen. 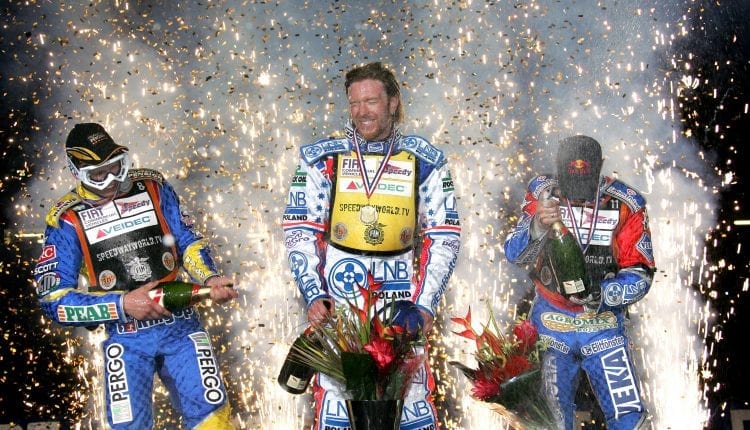 2006: Jason Crump tops the Cardiff podium for the first time as Andreas Jonsson and Jaroslaw Hampel spray the champagne. 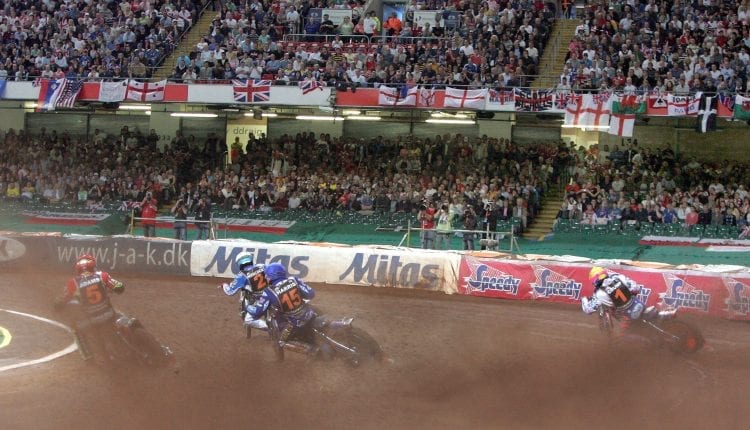 2007: Chris Harris wasn’t at the back for long as he carved his way through the field to become the first British winner in Cardiff ahead of Greg Hancock, Jason Crump and Leigh Adams.

2009: Britain’s Scott Nicholls and a young Emil Sayfutdinov come to blows in one of speedway’s most famous fights. 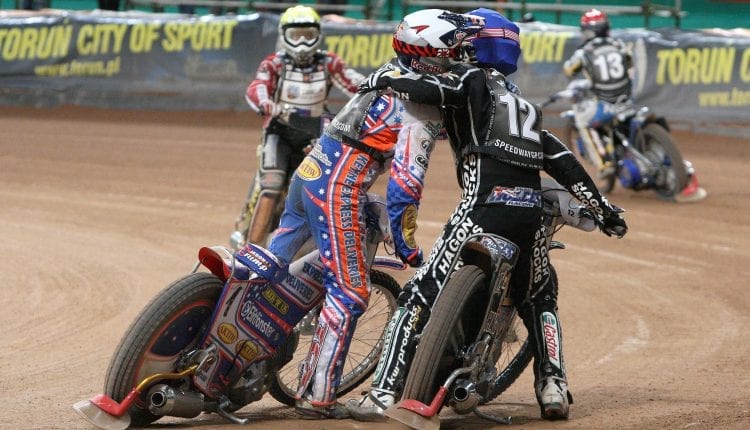 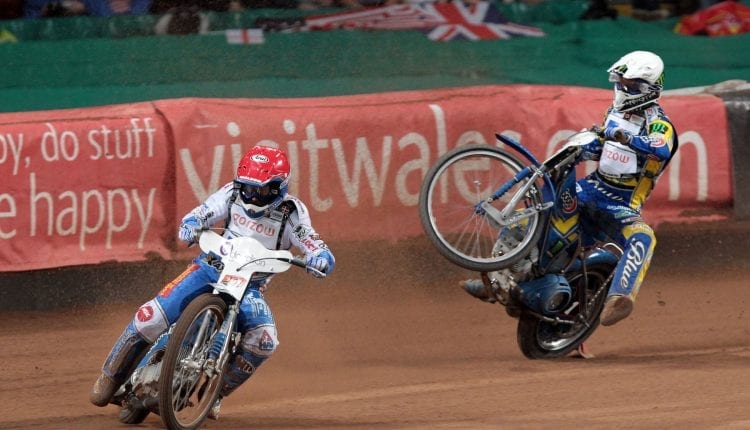 2011: Lift-off for Gollob as he chases down Nicki Pedersen. 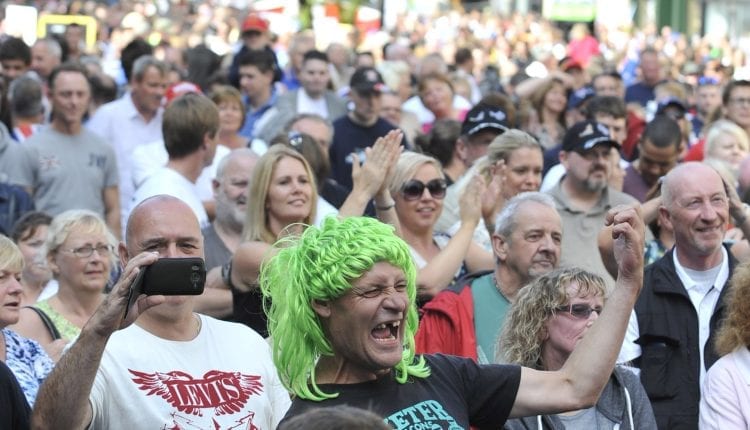 2012: Fans soaking up the city-centre atmosphere in the 2012 British SGP fanzone. 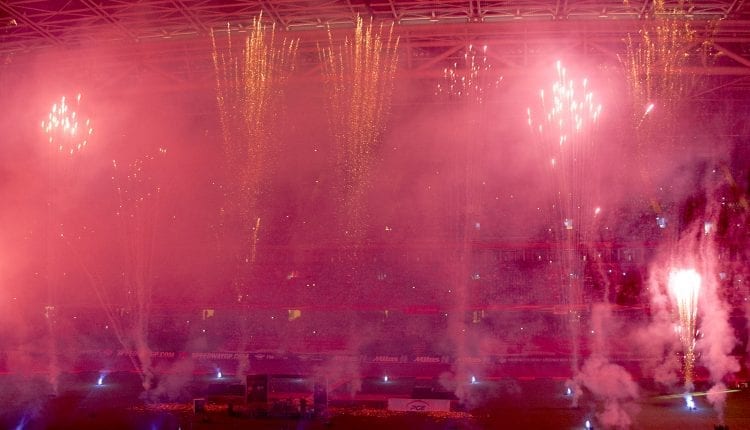 2013: Fireworks are always guaranteed in Cardiff!

2014: Grin with the win – Hancock celebrates his third and final British SGP victory in 2014. 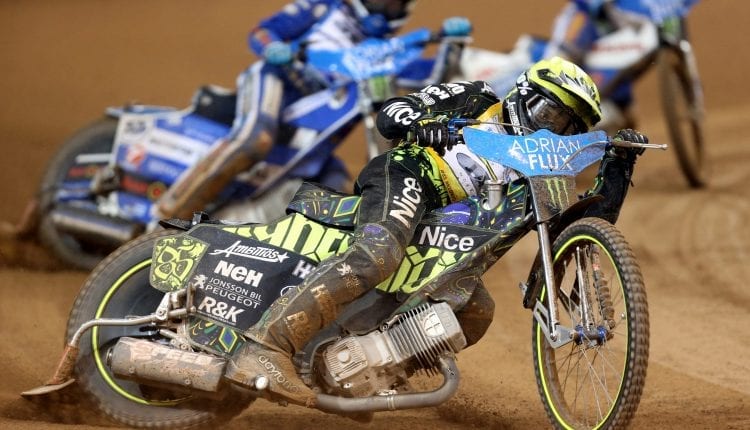 2016: Antonio Lindback leads the charge on his way to victory at the Principality Stadium.

2017: A Magic moment for Maciej Janowski as he becomes Cardiff’s first Polish winner.

2018: Britain’s Craig Cook takes off on turn one with his bike clearing the fence after a collision with Robert Lambert.

2019: Denmark’s Leon Madsen topped the podium to complete a unique Warsaw-Cardiff double on his way to World Championship silver.

Over its 20-year residency, Speedway has become the longest-standing third-party event to be hosted at the famous rugby stadium, which is also celebrating its 20th year.

Since 1999, the stadium has been synonymous with sporting excellence. In June of that year it featured a Wales rugby union win against South Africa. Speedway showcased the stadium’s multi-purpose capabilities in 2001 by staging the Grand Prix; where for the first time the stadium was transformed into a world-class racing venue.

Steven Gould, Vice President & Managing Director of BSI Speedway at IMG Events, the promoter of FIM Speedway Grand Prix, said: “In 2020 we are proud to celebrate Cardiff being the home of Speedway in the UK for 20 years and the marquee event on the Speedway Grand Prix calendar.

“We feel it is fitting to recognise the support we have received from everyone associated in making Cardiff a standout success over the years. The local fans have been a large part of that success story.

“We are looking forward to returning to Wales and to welcoming even more local fans to join the throng of international visitors in experiencing the exhilaration of world-class speedway in their home town.”

Mark Williams, Principality Stadium Manager, said: “Speedway has been a key fixture at the stadium since 2000, it’s formed part of our history, and it’s been a key component in cementing the stadium’s worldwide reputation for excellence within the entertainment and sporting industries.

“The stadium is transformed year on year into a top racing venue that’s unlike any other event – the noise of the bikes, the atmosphere and the entertainment, all make it a family event to be a part of.

“We’re thrilled that Speedway’s back for the 20th year (which also coincides with our own 20th anniversary) and look forward welcoming fans from all over the globe to Cardiff once more.”

On July 18, 15 riders representing nine different nations will battle it out for World Championship points, with Great Britain rider and four-times world champion Tai Woffinden hoping to take gold in Cardiff for the first time.

Riders will compete over 20 heats, followed by two semi-finals and a final. For each heat four riders will complete four laps of the track on bikes that run on methanol – an environmentally friendly fuel. Points are awarded to riders at the end of each Grand Prix meeting, with the rider who has the most points at the end of the Series being crowned World Champion.

The event begins at 17:00 and, depending on racing, will end around 20:00 with a closing ceremony that includes an award-winning indoor firework display. The dedicated Fanzone will be at Cardiff City Hall Lawn from 11:00-15:30.

To celebrate the 20 years of Speedway, BSI Speedway, the promoter of Speedway Grand Prix, has selected 20 picture ‘moments’ which you can download here – from Tony Rickardsson becoming the first British SGP winner in 2001 to Maciej Janowski who was the first Polish rider to win in Cardiff in 2017.

Discounted tickets will be available to purchase for residents across South Wales from March 1 via this link https://bit.ly/2HilzIg using the discount code: SGP20*. Ticket prices will start at £20.

Crisis support in Wales halved in the last 10 years