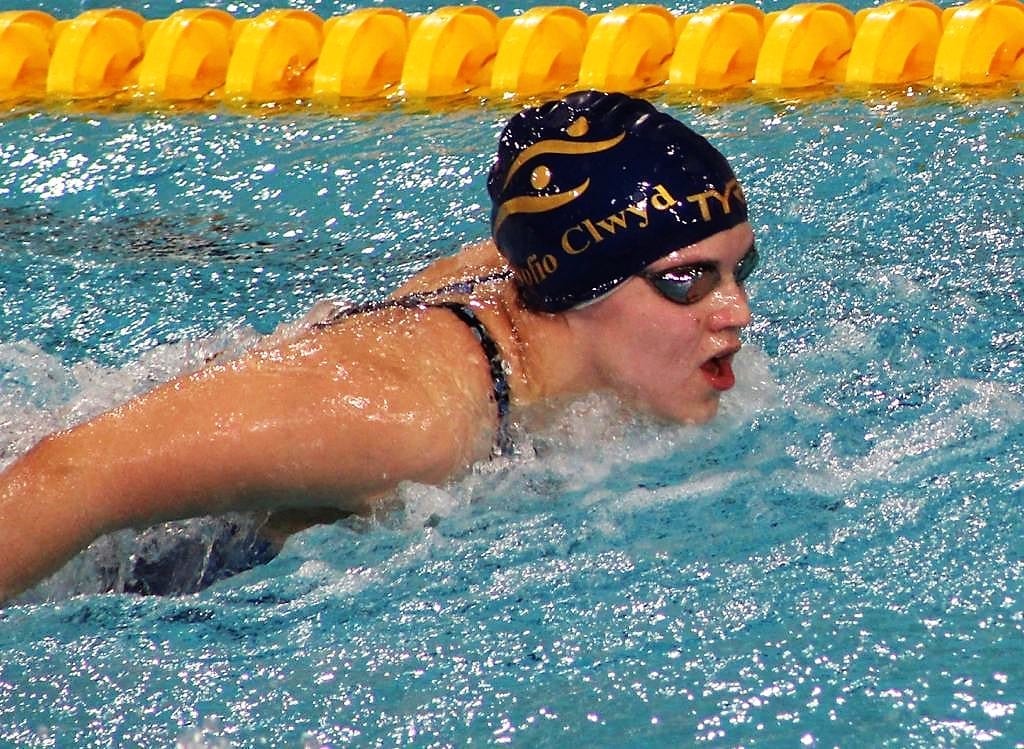 A Levels student Elena Morgan is one of the best young swimmers in the UK and is hoping to go on and compete at the highest level after her stunning performance at the recent National Short Course Championships.

A BUOYANT student is targeting the Commonwealth Games after achieving swimming silver at a national competition.

Thomas – herself a medallist at the last Commonwealth Games and European Championships – beat Elena in the 100m freestyle by just .21 of a second in a time of 55.63.

The 17 year-old Coleg Cambria student has taken heart from the performance – and a personal best of 1:59.42 in the 200m freestyle – after a year battling injuries and juggling commitments in the pool with A levels in PE, Maths and Biology at Deeside Sixth Form Centre.

The support of the college and Dad Simon – director of Cambrian Aquatics – have seen Elena rise to become the UK number one in her age category for the 100m and 200m freestyle. She is also second at 50m freestyle and third in the 100m butterfly.

With the Commonwealth Games to be held in Birmingham in 2022, and the Olympics in Paris two years later, the former Connah’s Quay High School pupil has her sights set on representing her country at both international events. 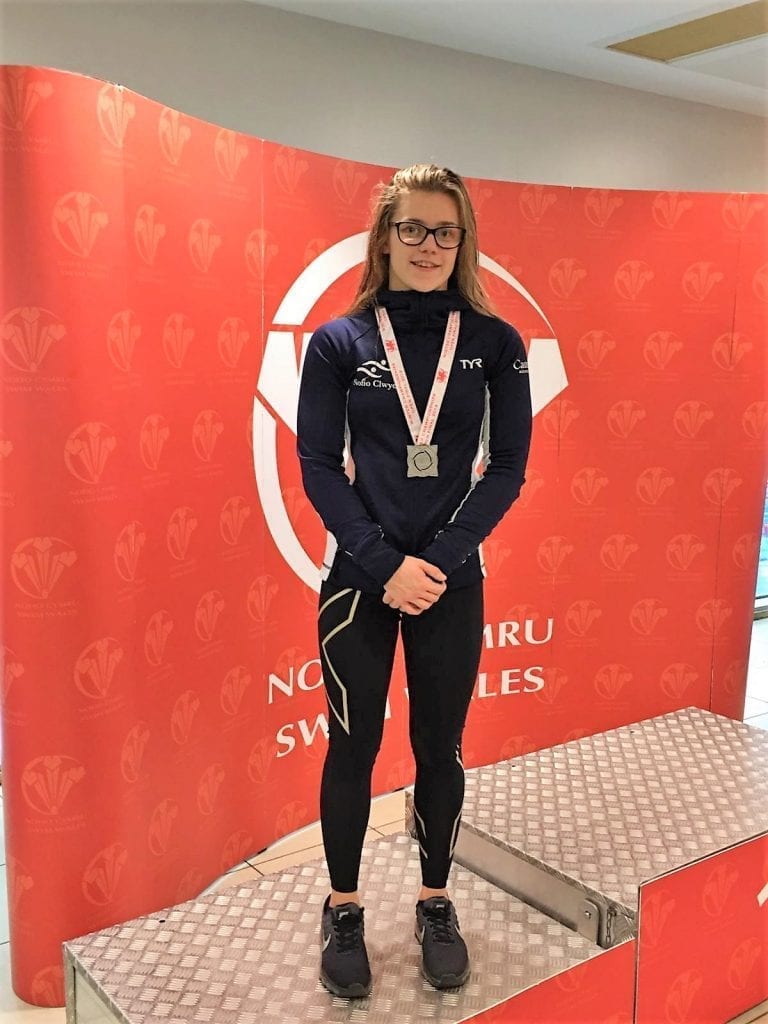 Considering her first ever trip to the swimming pool was one to forget, Elena has come a long way.

“I was around three years old and just hated the water,” she said.

“My Dad was very encouraging, and I started lessons a few years later before joining the Nofio Clwyd performance swimming squad in Flintshire when I was 12.

“The coach Aled Davies saw something in me and it went from there – I’ve never looked back.”
Balancing her studies with sport has been made easier by Cambria, particularly Sally Jones, Deputy Director for Sport, Uniformed Public Services and Business.

“The college has been really supportive which has been a big help because it’s a challenge to be up at 4.30am every morning to train, then go to lessons and later the gym or back to the pool,” said Elena, an ambassador for Tyr swim equipment.

“I’m motivated to compete at the highest level but also know my education is important and would like to work in sports when my swimming career is over.

“The Commonwealth Games take place in the same year I would be going to university, so I have some big decisions to make, depending on how I progress in the next year.

“I’ve just had a very tough season with injuries – I have Excessive Lateral Pressure Syndrome (ELPS) – and my knee has been in a lot of pain, so I’m working hard to strengthen the muscles and getting back to my best.

“That’s why I’m so pleased to have put up so many good performances recently and to still be part of the Welsh squad. I appreciate how much they believed in me, and I’m going to repay that faith.”

She added: “If I can get to race in Birmingham it would be an amazing atmosphere with a home crowd, so I really want to be a part of that.

“I swam at the Commonwealth Youth Games in the Bahamas two years ago and reached the finals of the 100m freestyle and 100m butterfly finals, and we came fourth in the mixed medal relay, so I have experience of taking on the best on the international stage.

“I’ve been fortunate enough to swim in many countries, including Italy, France and Luxembourg. I love the environment; I don’t feel the pressure and my strength is in coming on strong in the latter stages of a race.

“I’m confident I can get there and thank Cambria for their part in helping me achieve my dream.”
The Elite Cambria programme – part of Active Cambria – has enjoyed a stellar few years in numerous sports, from netball to football and boxing.

Sally congratulated Elena on her achievements and said the college is looking to develop its swimming programme, in partnership with Cambrian Aquatics.

“Elena is an incredible talent and has a bright future in the sport so it’s our job to support her as much as possible in achieving success in the pool as well as the classroom,” she added.

CEO to talk about work, whisky, and Wales in guest university lecture