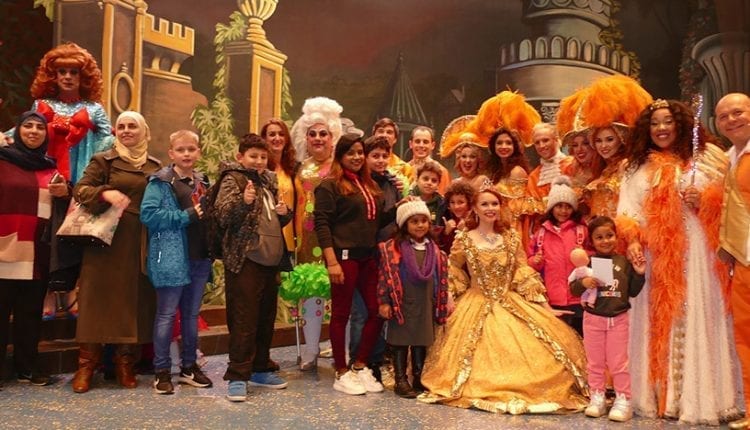 The show at the Swansea Council venue ran for a month until closing night on Sunday Jan 13.

“The Grand pantos are a great festive favourite and this year’s show exceeded all expectations and ticket sales were a good match for previous years. The hilarious Ugly Sisters were brilliant as were all other characters.

“I thank the whole cast, production crew and other theatre staff for their professionalism and dedication.

“It was also a great opportunity to think of others. The council was delighted to make more than 900 complimentary tickets available to local groups and individuals who may not otherwise have been able to attend.”

Welsh singer, dancer and actor Ian H Watkins, who played manservant Dandini, said: “I thank the public of Swansea so much for supporting us; they were just as much part of the panto as we were!

“I was thrilled to play the beautiful Swansea Grand and to be part of a terrific cast which knew exactly how to deliver fun and local laughs for the audiences.”

The panto was produced by Qdos Entertainment.

A key element of Cinderella was a series of shows for those who enjoy the theatre in a relaxed, informal setting.

More than 570 people attended a performance specially designed for those with autistic spectrum disorders, learning or sensory needs.

The traditional “rules” of theatregoing were removed for the show and attendance was up almost 400% on last year’s first relaxed performance.

One parent said: “My autistic son enjoyed it better than any show before; this made it a fab experience for whole family!”

Another said: “It was so nice because we struggle to take our son to events due to his autism. We’ll definitely be going to the next panto. We thank the Grand for such a positive experience!”

Other days saw more than 150 Deaf patrons attend two British Sign Language performances and others attend an audio described show for those with visual impairments.

Swansea Council supplied around 880 tickets to the Royal Variety Charity which distributed them to worthy causes for the panto’s final dress rehearsal. This exchange has been in place for more than three decades.

The council also gave 30 tickets to the YMCA Swansea Young Carers Service that provides support and information for carers aged 8-18 across the city.

Signum Health reports six-fold increase in the number of…