The Five Best-Designed Buildings in the UK 2019 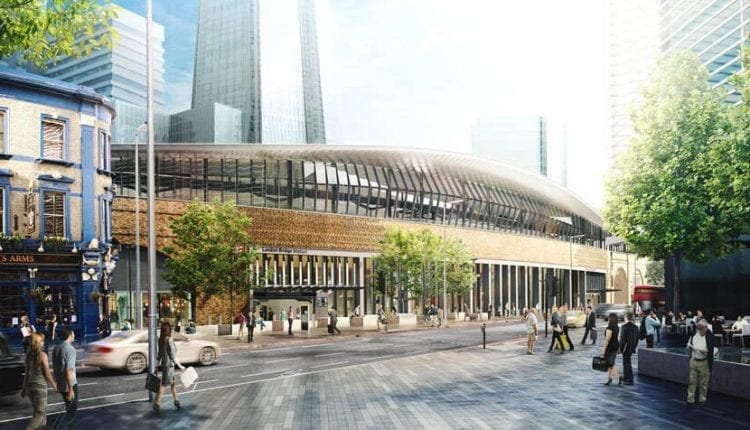 The UK is home to some of the world’s foremost construction and design talent. As such, it’s probably unsurprising that the world’s best architects flock here to realise their visions. Such works are recognised each year by the Stirling Prize for architecture, whose shortlist has just been announced. We thought this might make a good opportunity to take a look at five of our favourite pieces of architecture from around the country – several of which feature on this year’s shortlist.

This massive structure, lying in the shadow of the Shard, came at a cost of more than a billion pounds. It’s been built with openness and airiness in mind, with the tracks running over the top of a vast concourse. The station is the work of Grimshaw architects, who’ve also been tasked with designing the expansion of Heathrow airport.

This revamp of the famous distiller’s facilities, complete with visitor centre, comes with a massive, wavy roof which, from a distance, blends seamlessly into the rolling Scottish hillsides. The design of the building has kept sustainability in mind, and aims to have a minimal impact, not only on the landscape, but on the ecosystem more broadly. It’s a little bit reminiscent of the set of Teletubbies, and provides whisky-drinkers with a must-visit attraction.

This offering came at a relative pittance, at just £3.6million. It’s called ‘The Weston’ after the foundation which partly funded it and is the work of Feilden Fowles. Just off junction 38 of the M1, this attraction brings in around half a million visitors per year. It’s been designed specifically to have a minimal visual impact on the site. After all, the main attraction should be the sculptures themselves, not the buildings!

Heading back to London, we find the building which actually scooped the Stirling Prize in 2018. It’s the third time that legendary firm has scooped the top prize, and this time the building responsible is the largest stone building built in this part of London since St. Paul’s cathedral. The exterior is unobtrusive and elegant – but it’s the interior, with its bronze staircases and swirling timber shells, that really takes the breath away.

Most of the buildings we’ve lavished praise upon here are of the brand-new variety. But we should also acknowledge the value of our architectural heritage. There’s perhaps no better example of this than the country’s oldest continuously-working theatre, Bristol’s Old Vic. With the help of backing from Avison Young, the building has undergone a £13 million renovation, including a new façade, foyer, bar and restaurant.

Business activity in Wales rises for the first time since…