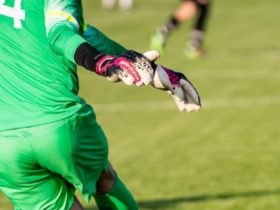 When it was announced that Welsh star Gareth Bale was returning to the Premier league this season, there was a major amount of anticipation. Predictions were being made of him leading Spurs to finally winning a trophy, with fans backing this up on betting markets like these. Spurs did also make a strong start to the current campaign and are clearly much improved than last season.

Spurs are currently sitting down in sixth position and are just four points outside the top four, with a recent 3-1 loss to Liverpool not helping their push. Despite this, they are still expected by many sides to finish in the top four but a push for the title would seem potentially unlikely, as we also continue to see the remarkable resurgence of Manchester City. The latter now shortening further in the betting markets for the title and now widely expected to win back their title, which they lost to Liverpool last season. Liverpool themselves have also been on a major slump in form in the early period of 2021 but the win over Tottenham could be a game changer, as they also sit just four points off Manchester City, but they do have a game in hand.

Tottenham do still have a real chance of a trophy this season, as they have reached the final of the EFL Cup. This will see them taking on Manchester City in the final on the 25th April and gives them a great opportunity to finally end the lengthy wait for a trophy. However, City have really found their form and are on a fairly remarkable run in this competition, so are again going to start as the strong favourites to take the victory. So, can Bale impact this and help lead the side to a major trophy?

Bale appears to be slowly finding his form and will be hoping to become more of a starter for the side. He has made 14 appearances since re-joining this season, whilst also picking up four goals. There is no doubting that he is a big game player, so he could just end up playing a major role in the final of the EFL in a few months’ time and even continue to help push Tottenham for Champions league qualification, which would be the main aim for the side this year.