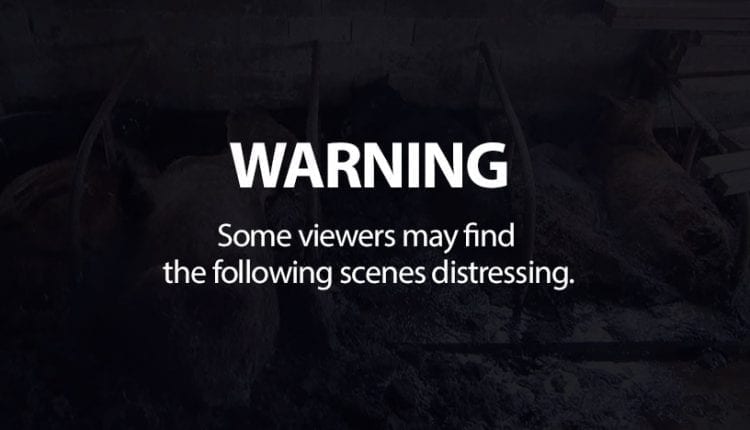 A sentencing hearing was held on 10 April at Aberystwyth Magistrates Court to consider the guilty pleas submitted by Mrs. Margaret Cooper, 80 yrs old and Mr. Norman Richard Cooper, 55 yrs old. of Gilfachwith Farm, Bangor Teifi, in relation to the death and serious neglect of 84 cattle.

The prosecution follows an investigation by Ceredigion County Council Animal Health Officers, who visited the farm in May 2018 together with officials from the Animal and Plant Health Agency.

The Officers encountered scenes of utter devastation with dead cattle decaying in the livestock sheds. There were surviving cattle housed with these carcasses, and found to be suffering unnecessarily from neglect. The vet confirmed that the cattle were being caused unnecessary suffering, and the decision was made to take the remaining live cattle into the possession of the Council to prevent any further suffering. Some animals had to be dispatched following examination, due to the serious health conditions they had developed as a result of their suffering.

“The Animal Health Officers involved with this case have never experienced such appalling conditions at any farm in their careers. Most of the staff are from farming backgrounds, but they faced horrific circumstances in investigating and retrieving the live animals and the carcasses. This case does not reflect the usual high standards of animal husbandry that is the norm in the two and a half thousand farms in Ceredigion. Nevertheless, we remain vigilant, as this is unfortunately the second such case we have prosecuted in a matter of months. My gratitude to Council staff and to our solicitor in prosecuting this case is immense. I would also like to express my thanks to the Animal and Plant Health Agency, Rural Inspectorate of Wales, and the Police for working closely with the Council in dealing with the worst case of farm animal neglect in Wales in recent times.”

In sentencing, the Chair of the Magistrates said, “This was a horrendous case, as you know. We believe that your actions led to the sustained neglect of these animals, in that they were not provided with basic care needs, food, water, and bedding; dying tied to their stalls. There is clear evidence they have suffered over a long period of time. Also carcasses of those that had died were mixed in with those that were living, it was horrendous”.

Mrs. Cooper and Mr. Cooper were sentenced to six months imprisonment suspended for two years, and disqualified from keeping any animals for ten years, with the only exception is that they are allowed to keep their four elderly dogs for the duration of the dogs lives. Mr Cooper was also ordered to undertake 150 hours of unpaid work. They were ordered to pay costs to the Council of £2,500 each, with a victim surcharge of £115 each.

How to spot fake reviews on Amazon

New iconic bridge set to arrive in Swansea this week