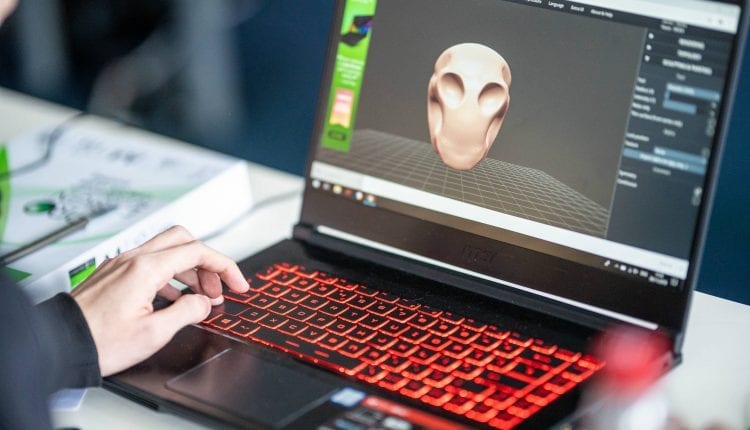 Aspiring game designers from across the south Wales valleys have been given expert training from digital skills specialists, as part of Social Enterprise GoConnect and the Cwm a Mynydd Rural Development Plan programme for Caerphilly and Blaenau Gwent.

The ‘Let’s get Digital’ programme is the latest in a series of GoConnect initiatives designed to provide young adults living within rural communities of Caerphilly and Blaenau Gwent better access to specialist digital education to help address a growing skills gap and open up routes to employment opportunities within the digital workplace.

The project aims to highlight the importance digital technology can play in the wider communities, especially for those young people deemed furthest away from the labour market. It’s thought that the increasing opportunities in the gaming industry can potentially become a growing source of employment in the area if the skills-base can be developed.

The global video game industry was worth roughly $78.61bn in 2017 and is expected to grow to more than $90bn by 2020. That’s more than double the international film industry, and with just over 80% of the market belonging to software sales, game developers have more opportunities to design, build and sell than ever before.

Alun Prosser, Director of GoConnect, the social enterprise which runs the project, said there was a demand for more access to training around game design, coding and other vital industry skills: “We’ve run numerous workshops in the last two years and we found that a lot of young people wanted to learn about game design and coding, but lacked the qualifications to enter formal college courses as well as the knowledge on how to get into the industry.

“Given that nationally, there is such a demand for access to individuals with digital skills, it seemed that this was a perfect way to help give people access to that pathway. With the support of the Cwm a Mynydd programme, we’ve been able to work towards achieving this.

“The workshops give people practical hands-on experience of designing a video game as well as picking up a number of transferable skills along the way, from development and visual storytelling to literacy and digital skills.”

The rise of digital game platforms such as Steam, means that game designers no longer need to belong to giant publishers such as EA, Activision or Nintendo to build, market and distribute their games.

Alun continued by saying that, whilst it’s a competitive market, there are some inspiring success stories: “There are some great examples of Indie’ games that have gone on to be worldwide hits, such as Bristol-based Ndemic Creations which launched Plague Inc in 2012. Originally founded as a hobby by its creator James Vaughan, the game has gone on to sell more than 85m copies and is the 5th most popular paid mobile game ever.

“Even closer to home, you can look to Pencoed-based Wales Interactive, an independent games developer that has released more than 20 games across 10 platforms, and won numerous awards including BAFTA, industry and business awards.”

It’s hoped that the skills and experience developed through the workshops will help young people into further education or a career in the industry.

Twenty-two-year-old Caleb Chandler, who took part in the course said the workshops helped him further develop his coding skills: “I’d recently learned a fair deal about coding through my IT course in college, but these workshops gave me a chance to put theory into practice.

“IT skills like coding and design can be used across a number of different jobs and industries because they are so transferable. Learning how to code and build games in these workshops means I’m learning how to use the theory I picked up in college in new and changing ways.”

Councilor Nigel George, Chair of the Cwm a Mynydd Rural Development Programme Local Action Group and Caerphilly County Borough Council Cabinet Member for Environment & Neighborhood Services said: “As our rural economy changes with increasing use of digital skills and the opportunities this presents, the Cwm a Mynydd programme has had great pleasure in supporting Go Connect and the young people they have worked with from across our rural wards to develop their technical as well as transferable skills.”

The Cwm a Mynydd Local Action Group, funded through the Welsh Government Rural Communities – Rural Development Programme 2014-2020, which is funded by the European Agricultural Fund for Rural Development and the Welsh Government, aims to work with partners to exploit digital technologies and the benefits they have for employment, services and strengthening the rural economy.

Councillor George continued by saying “What the young people have achieved through this project has been truly inspiring and we congratulate them and look forward to seeing the next best selling game made in Wales”.

To find out more about the digital skills workshops, or how they could support you, you can contact the GoDigital team on 02921 679 065 or email [email protected]rg.uk