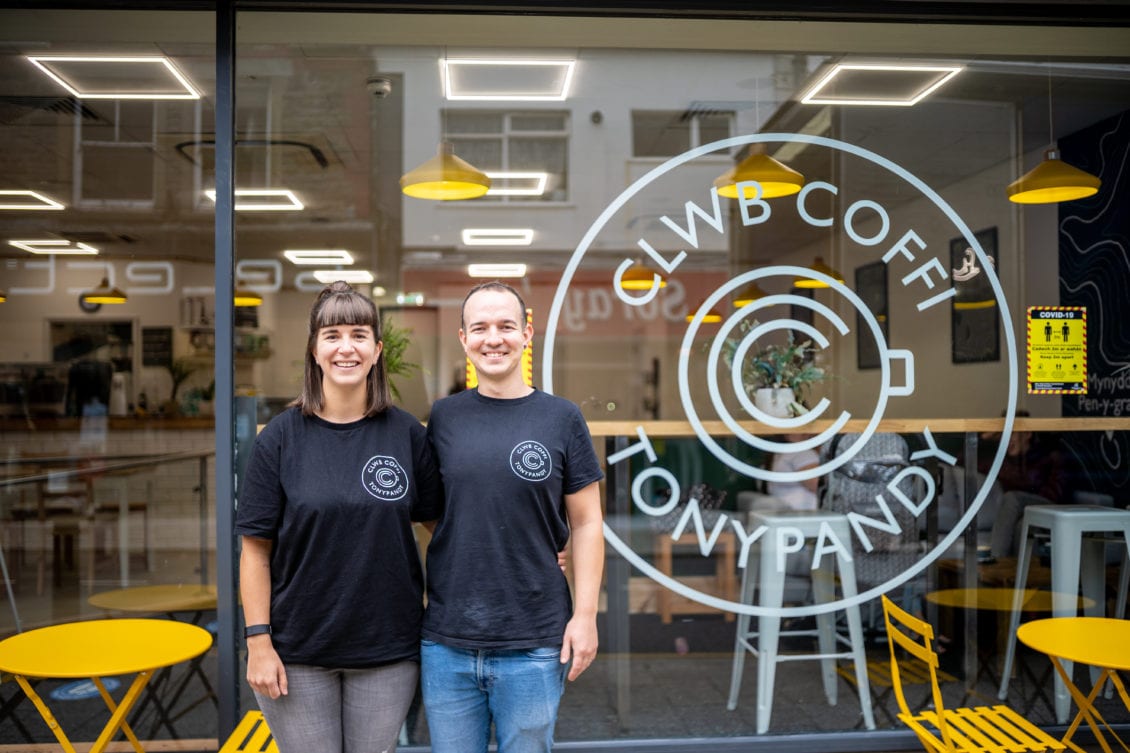 In 2019 Tonypandy was once again named Wales’ worst high-street and the fourth-worst retail location in the whole of the UK.

Once the heart of the valleys coal industry, the town was as active by night as it was by day, with multiple cinemas, shops, bars and cafes. As coal left the Rhondda, slowly did its economy, prosperity, jobs and outlets.

But now there sits a vibrant and new enterprise in the centre of the town. Clwb Coffi, a modern speciality coffee shop, has been opened by husband and wife team, John and Sarah Sutton.

Launched as a social enterprise, the cafe brings high quality, barista-style coffee to Tonypandy, and aims to kickstart the revival of the high street, eventually becoming a hub for the community to rally around.

John, who has lived in Tonypandy all his life, said he was fed up of the town always being written off, and wanted to bring something fresh and modern to the high street. John said: “Growing up in Tonypandy you are always aware of ‘how the town used to be’, even if you were too young to actually have experienced it in its heyday. Whilst things are improving and there are a number of exciting businesses here now, A lot of people still tend to comment that there is nothing here anymore. It’s something I am guilty of myself, and one day Sarah and I just decided to do something about it.

“We had been really getting into coffee in a big way, not just drinking it, but what makes a good coffee, from growing to grinding to cup. We decided that a true, modern and speciality style coffee shop would do well in Tonypandy, but we knew the area wouldn’t be seen as attractive to one of the larger chains.

“So we enrolled on the 5 to 9 club with an idea of starting a coffee business in Tonypandy and thanks to their support and a lot of hard work we have opened.”

The cafe was opened after John & Sarah enrolled on an after-work business support programme, known as The 5 to 9 Club. Through the club, the duo formed their business plan, secured investment and even found a like-minded landlord who helped them set up in the old Santander building on the high-street.

John continued: “We’ve been blown away by the response so far. We held a soft opening on a market day and we were so busy we actually struggled to keep on top of the washing up! It’s still early days, but it really has shown that it doesn’t take some incredible grand strategy to inject a bit of life back into the town. We aren’t millionaires, we joined the 5 to 9 programme, found a supportive landlord and a bit of investment and now Clwb Coffi is open.

“I really would encourage more people to look into starting their own enterprise, it really is more achievable than people think. The area is only going to revitalise if we have more places that people want to engage with. The days of coal may be gone from Tonypandy, but its greatest resource remains – the people. If we build on that fantastic community and give them a place to engage, then they will live, work and play on the high street again, and it will flourish. We hope to be at the centre of that and are looking to turn Clwb Coffi into a real hub for the community, hosting events and possibly even a food festival.”

The 5 to 9 programme is headed up by Welsh ICE’s Outreach Engagement Manager, Lesley Williams. Lesley said the opening of Clwb Coffi was proof that with the right support, people can turn their passion into a business.

Lesley said: “We are very proud of John and Sarah who are living their dream opening Clwb Coffi in their home town. When the couple came to us with their idea, it might have seemed far-fetched to others, but after chatting with them for half an hour, their passion was clear for all to see.

“It really does go to show that with the right support, anything is possible. Coming from the Rhondda myself, I know how the area can sometimes feel a little left behind, but it’s only through the efforts of people like John and Sarah that are going to revitalise the town. We have to grow ourselves back to prosperity, and we’re ready to support anyone who wants to take a step towards doing that.”

The 5 to 9 Clubs, which are open to anyone, consist of an eight-week course featuring a series of workshops where attendees can develop their idea into a business plan right through to launching and even seeking investment.

They take place once a week from 5pm to 9pm, to allow those who work full-time to gain the experience and support needed to grow their business idea without taking the risk of giving up full-time employment. 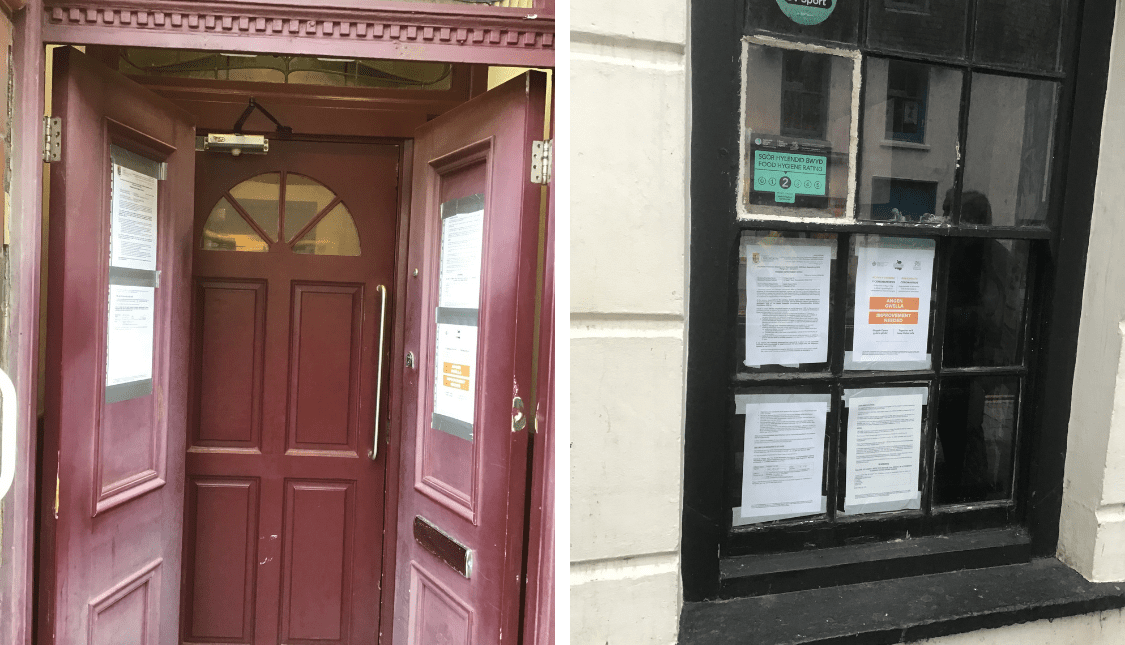 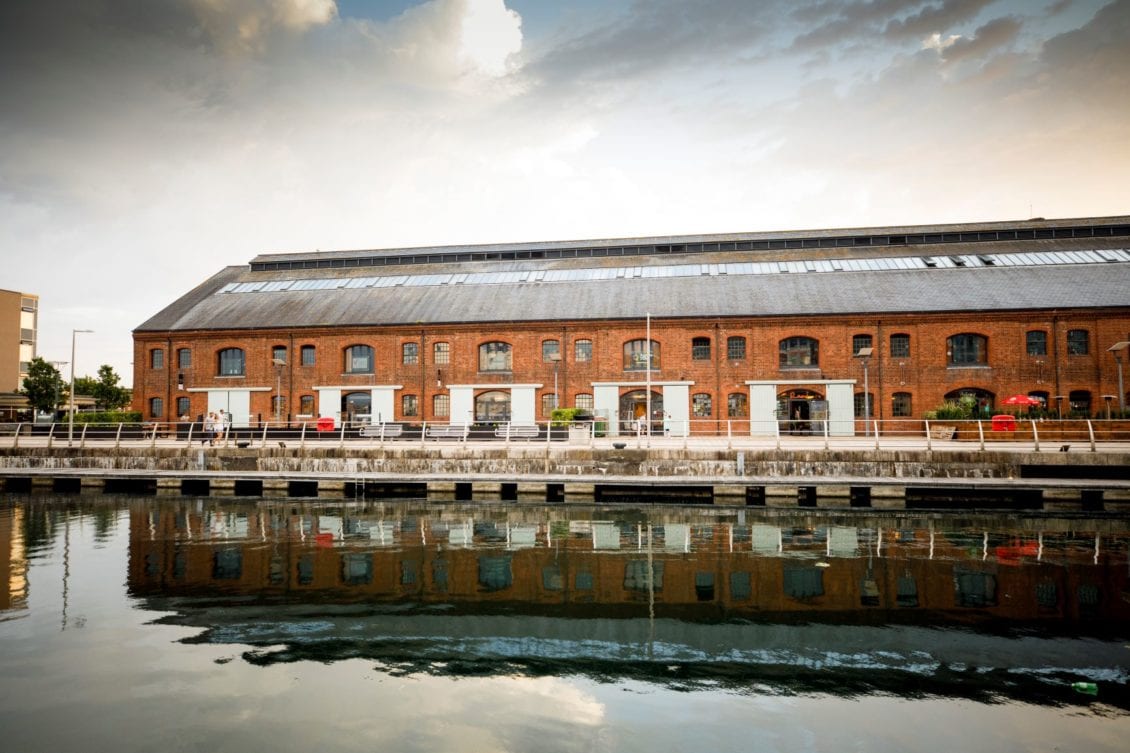 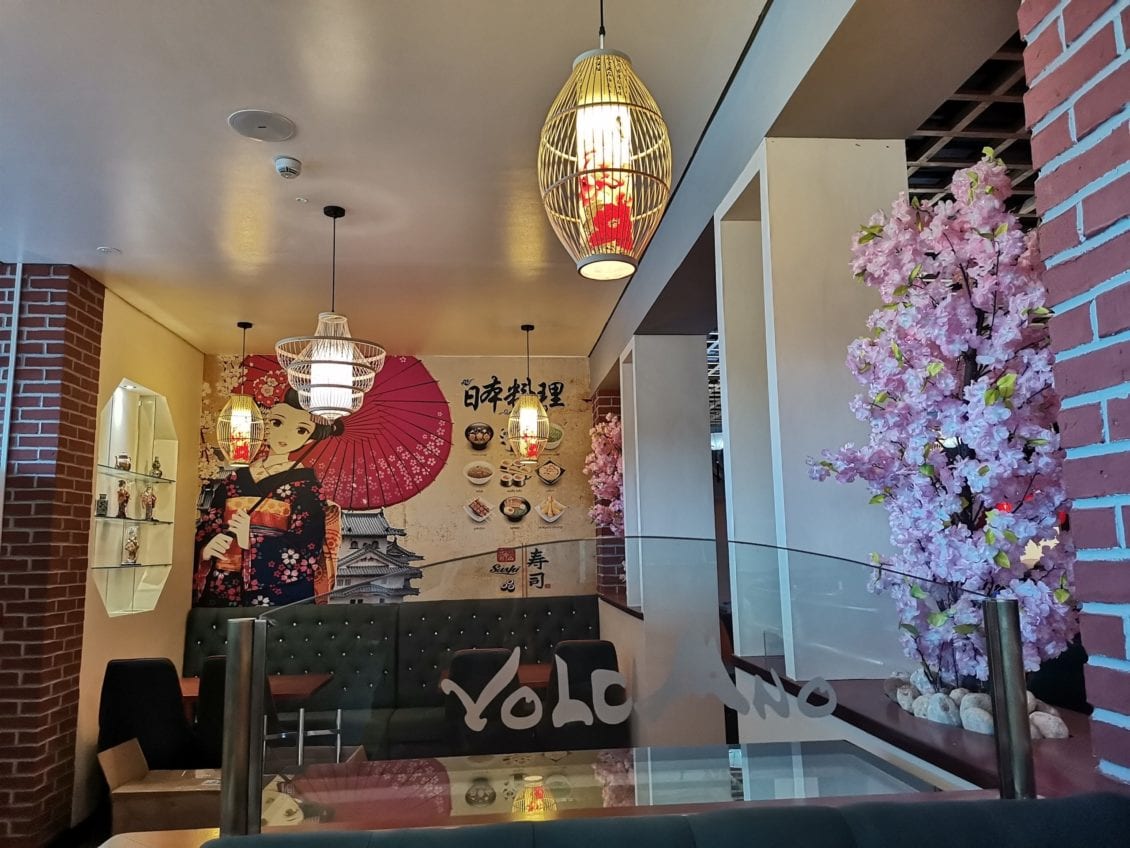 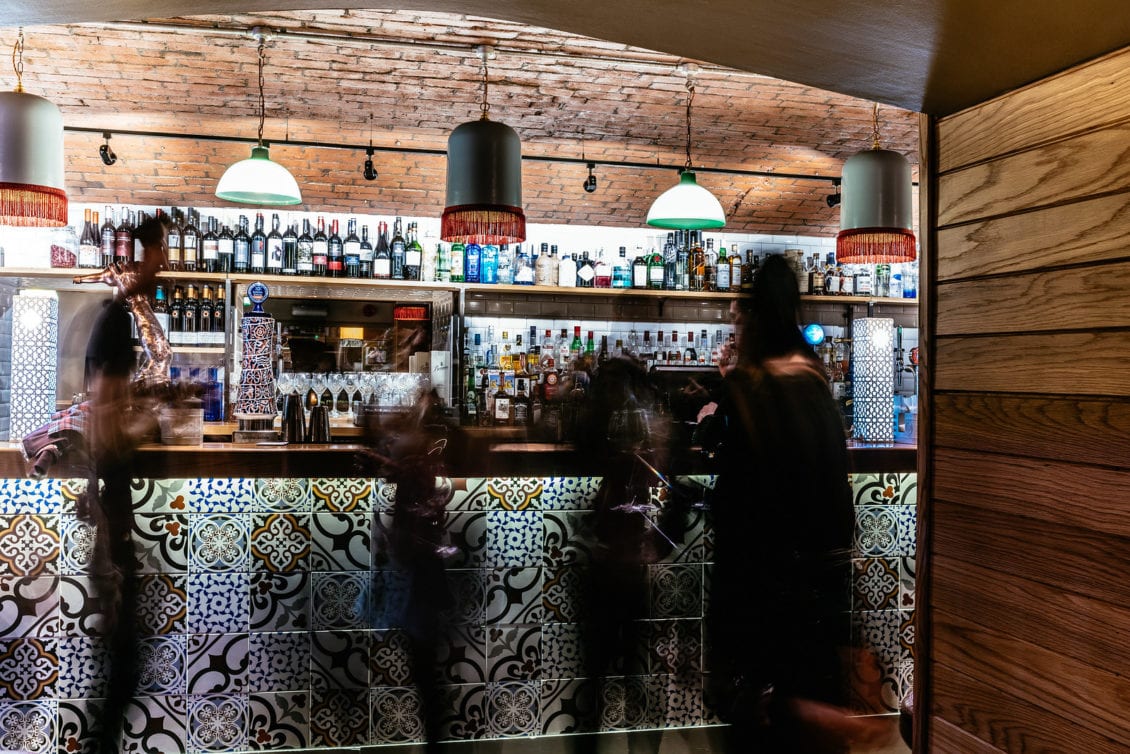