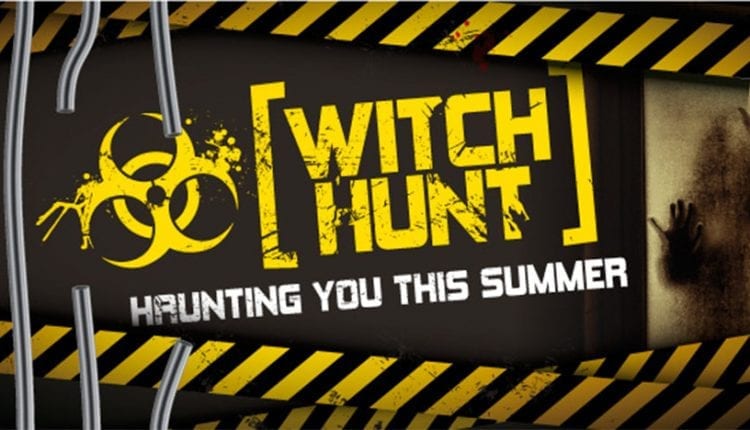 A Welsh theme park attraction has made the shortlist for one of the top awards in the horror thrill seeking business, after impressing industry experts.

Witch Hunt, a live-action scare maze at Oakwood Theme Park in Pembrokeshire, has been nominated for ‘Best out of season attraction’ at this year’s iconic SCAR Awards, which celebrate the very best in the scare industry.

The attraction – the first of its kind in Wales – features live actors and strobe lighting as thrill seekers are taken on a terrifying experience through a dark, disorientating maze filled with a range of frightening creatures and characters along the way.

Now in their eleventh year, the annual SCAR Awards, hosted by ScareCON, recognise the top attractions in the scream industry from across the UK and Europe, with a total of 15 award categories up for grabs. Oakwood is in the running for the accolade among other top UK attractions including Thorpe Park, Alton Towers and the Edinburgh Dungeon.

The winners will be announced at a spooktacular ceremony on Tuesday 21st May during ScareCON 2019 – Europe’s only scare attraction convention which will run at Alton Towers from May 20th – 22nd.

Phil Verbinnen, Park Director at Oakwood said: “It’s amazing to be shortlisted for the Scar Awards, which are the Oscars of the European scare industry. Witch Hunt represented the evolution of ideas we had put together following a successful Halloween offering the prior year. We have spent many months developing and perfecting Witch Hunt so it’s great to see our hard work and innovation over the last couple of years recognised.

“We are up against some very good and well-established attractions for the award so the competition will be tough, but we are excited to have Witch Hunt alongside those names. The feedback we have received for Witch Hunt has been very positive and we are immensely proud of what we have achieved with the attraction.”

Witch Hunt will be up against five other scare attractions from all over the country: Scare Kingdom Christmas FestEVIL, Deathcell by R Space Productions, Christmas Scream Park at HMP Shrewsbury, Yuletide Terror at Yorkshire Scare Grounds and My Bloody Valentine at Scream Factory.

All categories will be judged by the ScareCON and ScareTOUR review team, who have spent the last year visiting attractions from across the UK and Europe to shortlist the finest offerings for the 2019 awards.

The nominees will be scored upon requirements specific to their category, as well as the judging panel’s own visits and customer reviews and feedback.

The Scar Awards are part of ScareCON 2019, a scare convention which draws in hundreds of visitors every year, including attraction owners, designers and scare fans from across the UK and Europe. Taking place over two days, the annual event includes a trade exhibition, workshops, seminars and live entertainment, culminating with the SCAR awards on the final night.

The award ceremony will take place on Tuesday 21st May while Witch Hunt will reopen at Oakwood Theme Park from Saturday 25th May.

Suspended jail term for Swansea man after dog starves to…