What Cardiff Workers Miss the most when Working from Home: Office Small Talk 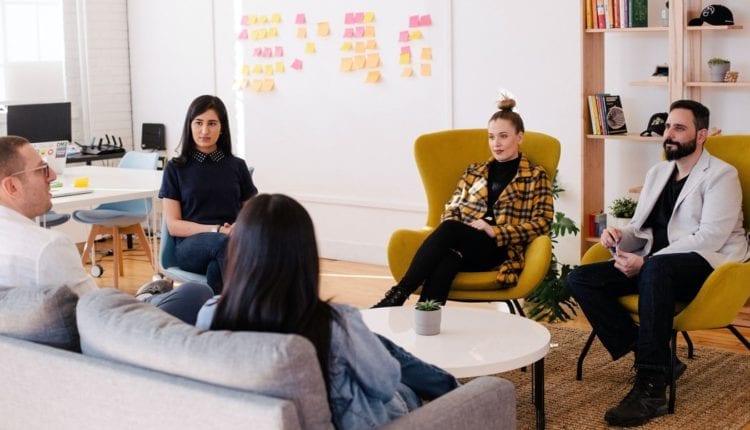 In a remarkably short span of time, working from home has gone from a niche luxury to something vast swathes of the British workforce are intimately acquainted.

There are definite advantages to working from home, to be sure: it means we’ve cut down on our travel expenses, and gained that little bit more freedom to choose our own hours. But there are definite downsides, too.

Printing company instantprint has conducted a survey of around five-hundred workers across the UK in order to determine what they’re missing most about work, and the results have provided plenty of surprises. Despite this, they seem to be broadly inline with similar research conducted during the lockdown.

Among the most hated expressions, according to the poll, is the abbreviation ‘WFH’, which 28.7% of respondents claimed to disapprove of, and the use of the word ‘furlough’ as a verb, which sat at 18%. For obvious reasons, “what are you up to tonight?” makes the top 10, with just over 13% of the vote.

What do people miss most about the workplace?

Cardiff residents claimed to miss small talk most about their workplace, with around 36% of respondents citing it as a downside of working in isolation. This is broadly in line with the figure for the nation as a whole, which sat a little further down at 31%.  Interestingly, only 7.1% of Cardiff residents claimed to miss the travel time, which is less than half the figure for the entire country. What this means for the city’s transport infrastructure is something we’ll leave residents to ponder on.

An even greater disparity comes in the form of the ‘tea round’, which 0% of respondents from Cardiff claimed to miss, compared with 5.4% of respondents in the UK. We can make tea just as easily at home, so maybe this isn’t a shock – but surely that’s the case elsewhere in the country, too? The sample size of just 28 Cardiff natives might have a part to play in this disparity – or it might reflect that the Welsh are capable of making their own tea.

How are people Getting distracted while Working from Home?

Among the biggest hazards of working from home is the presence of distractions. There’s always something more interesting to be doing than working, and for many of us, retaining focus and not procrastinating requires a little bit of effort.

The most commonly cited distraction is the television, with 46.7% of Cardiff-based respondents claiming to have spent time watching films, Netflix, or TV during working hours. This is slightly more than the 36.7% of the broader public who find themselves doing this. Another disparity comes from ‘exercise’ – which is undertaken by around 10% of people in Cardiff, and 3.6% elsewhere.

As a rule, we’re more likely to be working fewer hours than we’re supposed to than more – though around 41.7% of us are putting in about the same amount of time. This extends to Cardiff residents, who are a little bit more likely to be working the same hours as before. For the most part, these disparities can be put down to the sort of work being done – though it’ll take more detailed research before we can draw definitive conclusions.

Plans unveiled for bus route between Chepstow and Bristol

Higher Education After the Covid-19 Crisis

How to get free nachos if you live in Cardiff