Choristers from two choirs have joined together to record a poignant song intended to become a hospice’s signature anthem.

The specially written song called “Hold Your Hand In Mine” by Alison Willis, was the winning entry following the Nightingale House Hospice’s Choral Competition early last year. The competition was organised to celebrate 25 years of hospice care at the Chester Road site and attracted competitors from across the world.

It is now hoped that the song will be performed at future fundraising concerts and services when Covid restrictions permit.

In the meantime, members of Nightingale House Hospice Choir and Wrexham Music Cooperative Youth Choir have joined together to create a virtual recording of the uplifting song, including a special translation into Welsh by the hospice’s Chair of Trustees Eluned Griffiths. The soundtrack arrangement was created by Tim Jones, Head of Music at Coleg Cambria, Wrexham.

The competition was the idea of Kay Ryan, Day Services Lead at Nightingale House, who in her spare time sings in the hospice choir. She said: “It is incredible to see the idea of a choral competition actually get to this stage of production. Having the Wrexham Music Cooperative Youth Choir sing with the hospice choir makes it extra special. The words are as beautiful as the tune.  I hope when anyone hears it or sings it as part of a choir they will think of the help, support and care available at Nightingale House for those with life-limiting illnesses.”

Rehearsals have taken place over the last few weeks and recorded individually by each member of both choirs. All the voices were then blended together by Tim Jones to create the final soundtrack arrangement and a video produced by Elin Wright.

Tim Jones, Head of Music at Coleg Cambria said: “It was wonderful to be able to take all the individual voices and see them emerge into one choir. All the singers did remarkably well to create the final version as it can be difficult to interpret musicality this way in isolation as you are not able to benefit from the emotion and feelings of fellow singers. I am delighted with how it has turned out and I hope that it won’t be too long before it can be performed ‘live’ in front of a real audience.”

Alison Willis said: “I am delighted with the final version of my song. I know only too well how challenging and time consuming it is to create something as utterly professional as this. I was thrilled that we were able to have a chorus in Welsh as I am currently learning the language. I hope that the song will help raise awareness of the wonderful work done at Nightingale House and help raise much needed funds for the hospice.”

Del Underwood, In Memory Giving Fundraiser for Nightingale House said: “Alison’s lyrics and music are truly special and reflect the love and care we give to our patients and the connection between family members who are comforting and holding the hands of loved-ones with life-limiting illnesses.”

This well-known Pembrokeshire hotel is up for sale

Make #OneSmallChange to cut your risk of stroke 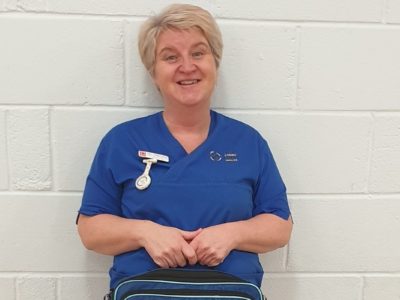 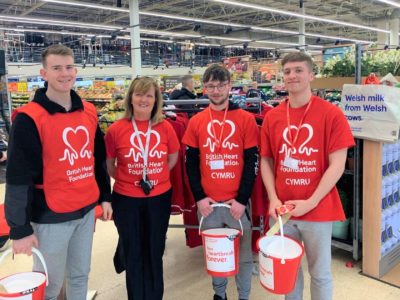 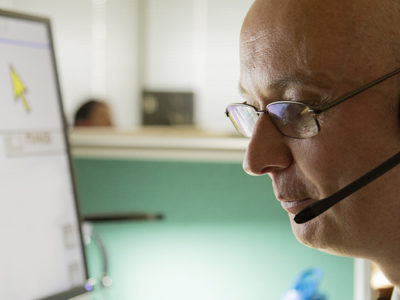 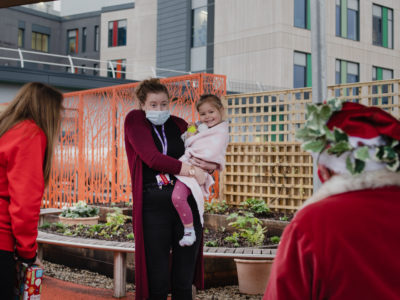