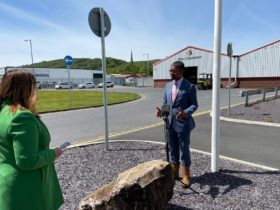 The upcoming budget has been the source of much speculation, and with the recent change of Chancellor, there really is no sure way of telling what will be announced on March 11.

Rumours of a tax relief cut or the current higher rate tax relief on pension contributions being replaced with a single flat rate have been circulating.  This would simplify the regime, although many believe Rishi Sunak may have already scrapped the idea for the time being following a backlash from Conservative MPs.

A reform of the current tax relief system has been on the cards for some time, and I believe it’s more a question of when than if.

By introducing a flat rate of, say 20% would bring in more revenue to the Treasury – between £10bn and £13bn a year according to reports, but it would be seen by many as unfair especially to the middle range income earners. It would however provide the government with the opportunity to scrap or amend the complex Annual Allowance that has caused so many problems in the NHS.

A rate of 30% would see a boost to lower earners’ pension pots but wouldn’t generate extra revenue and could actually cost the Treasury. To me though, this would be the best option as it would increase the pension saving of those who need it most.

If the chancellor does announce a single flat rate tax relief system, there is no doubt that those paying higher tax rates, will need to put more away for their retirement than they currently do. But, from a government who promised in their manifesto to ‘unite and level up’, surely this will be a positive move?