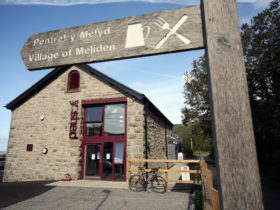 After nearly two years of painful and protracted negotiations, the UK government and the European Union have finally agreed a text on the EU – UK Withdrawal Agreement, despite numerous delays and missed deadlines.

The text runs to 585 pages and covers three main areas: (i) the financial settlement; (ii) the rights of EU citizens; and (iii) the Northern Ireland border.

(i) The financial settlement deals with the outstanding liabilities the government faces with respect to its EU obligations, as well as contributions to the EU budget during the transition period. Although an exact figure has not been specified, initial estimates suggest this may reach £39 billion.

(ii) The protocol on citizens’ rights deals with the rights of EU citizens and their families to reside in the UK, and their entry into and exit from the country post Brexit. EU nationals who have been living in the UK for five years will be able to apply for permanent residency, and many, if not most, of the guarantees enshrined in the EU’s freedom of movement laws will be safeguarded.

(iii) The third, and ultimately most contentious, issue relates to the Northern Ireland/Ireland border and the desire of both sides to avoid the re-establishment of a ‘hard-border’ and uphold the 1998 Good Friday Agreement.

Whilst the exact details of the future relationship will be negotiated during the two year transition period, the withdrawal text legislates for a ‘backstop’ – an insurance policy which guarantees that even in the event of a ‘no deal‘ scenario, the border would remain open. This would entail the UK remaining in a temporary customs union with the EU to ensure the free movement of goods, and Northern Ireland aligning its regulatory infrastructure with the EU, effectively keeping the province in the Single Market.

Less than 24 hours after news broke that a text had been agreed between the government and the EU on the Withdrawal Agreement, two cabinet ministers, including Dominic Raab, the Brexit Secretary, had resigned along with a number of junior ministers and Private Parliamentary Secretaries. Mr Raab, who explained in his resignation letter that he could not support the proposals contained within the deal despite being the minister charged with negotiating it, was swiftly followed by Esther McVey, the Work and Pensions Secretary and a selection of other outspoken arch-Brexiters from the European Research Group (“ESG”), the shadowy subgroup of Conservative MPs who have been pushing for a ‘No-Deal’ Brexit.
Parliamentary Approval

Whilst the cabinet has approved the draft deal (although apparently, only just), the Parliamentary arithmetic doesn’t look good for the Prime Minister. Sir Keir Starmer QC, the Shadow Brexit Secretary, has confirmed that the Labour Party will vote against the deal, as will the Liberal Democrats and the nationalist parties.
More worrying for the Prime Minster, however, will be the loss of votes on the government benches. Arlene Foster, the DUP party leader, has explicitly rejected the deal, stating that anything which creates a border in the Irish Sea would breach her party’s red line of no regulatory divergence with Great Britain. This would also effectively end the confidence and supply arrangement the party has with the Conservatives.

Furthermore, the cohort of MPs in the influential ERG are likely to vote against the deal en masse. Whilst the exact membership of the group is unknown, estimates range between forty and eighty MPs; a testy session in Parliament on Thursday saw many well-known ERG members speak out against the deal, berating the Prime Minister for not securing a cleaner break with the EU.

Should the Prime Minster fail to gain the support of her Eurosceptic backbenchers, the deal is unlikely to pass through Parliament.

A rejection of the withdrawal agreement would likely see the financial markets react negatively; UK equities would likely suffer and the pound would likely face renewed selling pressure. There are number of scenarios which could conceivably play out:

1. The removal of Theresa May as Prime Minister and the installation of a caretaker Prime Minister;
2. The UK crashing out of the EU with no deal;
3. Parliament forcing the government to re-open negotiations with the EU (although they will likely reject this);
4. A vote of no confidence in the government;
5. A general election; and/or
6. A second referendum.

Many of these are premised on the UK extending the Article 50 period, something which would have to be approved unanimously by all 27 remaining member states. However, the negative effects of a no-deal scenario would likely see approval granted subject to certain constraints.

What happens next is anyone’s guess. However, the likely rejection of the withdrawal agreement would see the country face a constitutional crisis unseen for decades.