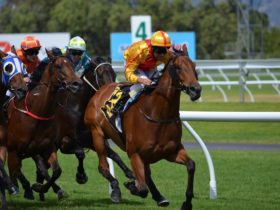 A Brief History of Horse Racing in Wales

Cardiff and vale College Sport student Kathryn Titley has been selected to represent Wales in netball.

Kathryn, who comes from Bridgend, was picked for the Wales U17 team which will be competing in the Netball Europe Competition held in Huddersfield from 1st March.

“I am over the moon to be selected – I feel like all of my hard work has paid off and I am really excited,” she said. “All of my family will be coming to Huddersfield to watch me take part in the competition.”

Kathryn plays for the College’s Netball Academy, which is part of CAVC’s growing range of Sport Academies. The academies are designed to provide a supportive and specialist environment that combines first-class coaching and sports facilities with the College’s expanding portfolio of courses. Players can study A Levels or vocational courses while training to be the netball stars of the future.

The Netball Academy, which trains and plays its home games at Cardiff City House of Sport, is coached by Kyra Jones who has represented Wales at the Netball World Cup and Commonwealth Games.

“Kyra has helped me a lot during the short period that I have been at the College,” Kathryn said. “She has encouraged and helped me, not only with my skills but with my confidence as well.

“I 100% want a career in netball. I’ve always enjoyed netball and never want that to stop.”

It has been a successful year for the CAVC Netball Academy so far. Three players were recently selected into the Welsh Netball U21 Performance Training Centres for their regions: Charlotte Lewis for the South East, Seren Evans for Central South and Amy Bradbury for Central South.