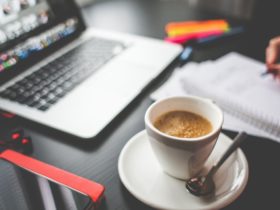 Many bitcoin and cryptocurrency investors around the world will be hoping Elon Musk does not have too much more to say about the virtual currency, as there is no doubt that the Tesla and SpaceX CEO has continued to have a huge impact on the bitcoin market.

Admittedly, there has since been one thing that has recently happened in which he has not played a role in, with China deciding to ban all forms of cryptocurrency from being used within their country, however many other things to have happened to the industry can be laid at Musk’s door.

Musk has an impact on bitcoin

The Tesla and SpaceX CEO had initially made Dogecoin incredibly popular, with those who buy Dogecoin UK users having jumped on the popularity of the cryptocurrency after he invested $1.5 billion into it, however he seemingly has pulled out of it, as well.

Two recent announcements have seen him decide to pull plans to have allowed consumers to have used cryptocurrency as a form of payment for their Tesla cars, whilst he also went on to reveal that Dogecoin was a “hustle” when he made an appearance on TV show, Saturday Night Live (SNL), that is watched around the world.

Indeed, his appearance would have left many investors believing that it would have had a positive impact on the value of the coin, however after his damaging comments, the coin lost an incredible amount of value and saw its price tumble to lows it had not been seen at for a while.

However, Musk continues to affect the bitcoin market by continuing to use Twitter to send out messages, as he recently tweeted: “Tesla has (Diamond Emoji) (Hand Emoji)”. The emoji’s – which represent diamond hands – is a slang term that has been used by many crypto-holders that resolutely refuse to sell their holdings in spite of an uncertain market.

Of course, it seems a strange move considering that Musk has openly mocked it and has decided that he did not want to accept it as a payment method for the vehicles that Tesla produces and sells.

Regarding tweets and Twitter, Musk has a history in causing an impact on the bitcoin market that has taken it to, arguably, unprecedented heights in regards to how volatile the currency is.

For example, after tweeting that Tesla would not accept it as a form of currency, the price of bitcoin had dropped by around 15%, and further tweets he has made appear to have sent the industry crashing, as well. Responding to a tweet that had mentioned him and suggested that he would be selling his cryptocurrency holdings, it appeared as though Musk confirmed it with a one-worded tweet that said: “Indeed”. Indeed, that answer would send the price of bitcoin drop to its lowest level since February.

However, Musk appears to be playing a game with it as he revealed that Tesla had not sold any of their bitcoin recently, which then saw the prices appear to steady and see the drop stop, thus keeping them at around $45,000.