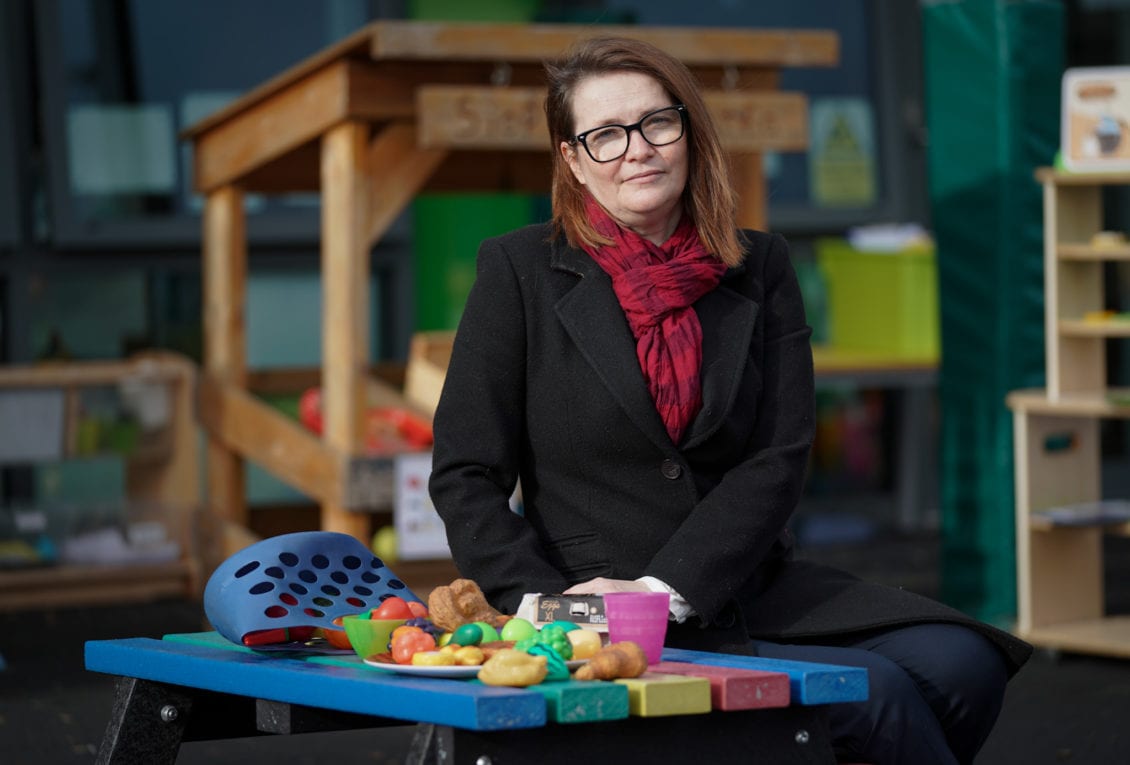 Pupils from Penygaer Primary School in Llanelli have been learning Welsh through song thanks to an innovative project delivered by UWTSD’s Reaching Wider officer, Ryan Peters.

i:ganu is a music and singing workhop designed to develop Welsh language skils amongst year 5 and 6 pupils in English-medium primary schools. Pupils have the opportunity to write, record and create a music video of their original song – all through the medium of Welsh.

During the first set of these workshops, pupils from Penygaer Primary have been learning Welsh language Christmas songs and yesterday, they had the opportunity to showcase their achievements by performing in a special concert at Canolfan S4C Yr Egin in Carmarthen.  They had  also written and recorded original Welsh songs which were too premiered during the concert.

“It has been an absolute privilege seeing the pupils from Penygaer put their hearts and souls in to this project,” said Ryan Peters, who managed the i:ganu project. “They have developed their Welsh language skills tremendously, and have enjoyed experiencing the Welsh culture whilst visiting Canolfan S4C Yr Egin. Their original songs demonstrate their fantastic capabilities and creative skills. I am very proud of each and every one of the pupils – they have worked incredibly hard over the last 7 weeks.”

Anthony Stevenson, Head of Penygaer Primary School is extremely pleased that the children have had the opportunity to take part in i:ganu and really values the experiences they’ve had during the process.

The Reaching Wider programme is a long-term project funded by the Higher Education Funding Council for Wales (HEFCW) which aims to break down perceived barriers to higher education and higher-level skills.

With the aim of widening access to and through higher education for individuals and communities from the most deprived areas of South West Wales, the projects offers a range of learning and aspiration-raising activities for children, young people and adults across South West Wales.

UWTSD recently announced a new series of activities for pupils in KS2, KS3 and KS4 with the first being i:ganu.  Other activities include I:Aspire / I:Ysbrydoli, raising  awareness of Higher Education; I:Spell, a spelling bee for Year 7 pupils; I:Create / I:Greu, workshops related to the creative industries for Year 8 pupils; I:Decide / I:Ddewis, workshops for year 9 pupils at UWTSD’s Carmarthen camps centred around their GCSE options; I:Publish, a creative writing workshop for Year 10 pupils where they have the opportunity to publish their work worldwide;I:Explore / I :Ddarganfod, offering opportunities for Year 11 pupils to attend taster sessions across UWTSD’s campuses and I:Revise I:Adolygu, a GCSE revision scheme for core subjects for Year 11 pupils.