A Maesteg veteran is at the centre of the national Strong Made Stronger campaign launched by Armed Forces charity Help for Heroes.

Having found the strength to serve his country, in conflict zones from Kosovo to Iraq, Bruce Falkenberg, 43, lost both legs below the knee following injury and had to find a different kind of strength: the strength to learn to walk again.

And his remarkable story is pivotal to Help for Heroes’ Strong Made Stronger campaign to highlight the daily battles faced by veterans and the strength it takes to overcome them. It also shows how the Charity gives the veterans the physical and mental health support they need, for as long as they need it.

He quipped: “I think everyone’s quite sick of my mug on there now. My whole reason was to send out a positive outlook for the lockdown. I wanted to use lockdown as a tool to restructure my life and redirect my priorities. It’s nice to get a little bit of limelight, but I hate being in front of a camera. Every picture I see of me I see faults. At some level I think we all do. But I just wanted to help send out a positive message.”

A spokesperson for Help for Heroes explained: “The brave men and women who put their lives on the line for us should never be forgotten. While it takes strength to serve in the Armed Forces, it takes a different kind of strength to live life beyond injury. The strength needed to learn to walk again, or the strength to ask for help after suffering in silence for 15 years.

“With the support of the public and our partners, we will fight to make sure our wounded veterans overcome their daily battles and thrive. Together, we will give strength to those who gave for us.”

Zimbabwe-born Falkenberg not only found the strength to learn to walk again with prosthetics, he also rediscovered his love for cycling using an adapted cycle and now plays wheelchair rugby to a sufficient standard that he attended trials for the Invictus Games.

Yet, he still requires occasional surgery, as the bones in his legs can continue to grow, as he explained.

“For quite a long time after the initial surgery I had issues with socket fit on the left-hand side, the most recent amputation. We had tried various types of sockets but could never get a correct fit – something was always not quite right. There was always pain at the end of the stump.

“An x-ray and ultrasound showed the good leg had a blunt bone profile, while the left had formed an almost 45-degree angle bone spur. It looked like a Stanley blade.”

Consequently, he underwent an operation at Salisbury District Hospital with consultant reconstructive surgeon Miss Alex Crick and is, currently – while his face is plastered across social and traditional media – unable to walk or engage in his true passion of cycling.

He was full of praise for the work and support of Miss Crick and, also, the efforts and support of Help for Heroes Veterans Clinical Advisor, Tim Penney, and Head of Clinical Services, Carol Betteridge.

He added: “Miss Crick is meticulous in her work so, where, normally, nurses would come in and move the drains or change the dressings, although she’d be in surgery or consultation for most of the day, she would come in about 10 at night and personally attend to them. That’s what sets her apart. My quick healing time is testament to her meticulous nature.

“Carol (Betteridge) came in to see me as well, as I’d gone in woefully unprepared thinking I’d only be in for a couple of days, and she brought a parcel of toiletries and T-shirts which was a great morale booster. Tim’s been integral in a lot of things, too, particularly as an intermediary in expediting things.”

Falkenberg admits he is struck by the ‘irony’ of his fitness regime since losing his legs and what he has achieved along the way.

He smiled: “It’s quite ironic that you see amputees on You Tube and they’re all doing fitness work, all vying to be doing something. Yet when I was serving, as long as I was within my operational parameters, as long as I could pass my fitness test, and as long as I could run around and do my job, I wouldn’t go out of my way to do extra physical exercise. No way! I’d rather sit on the X-Box with everyone else.

“Once the legs had gone and I’d lost the ability to do the things we consider normal, I – and other amputees I feel are the same – strived to get that back. The irony for me is that I’ve become more motivated now and it’s changed my whole outlook and mental attitude towards physical well-being – almost obsessively, if I’m being brutally honest with myself.

“It’s almost been a turning point in my life and I feel better for it. I wish I’d done this years ago.” 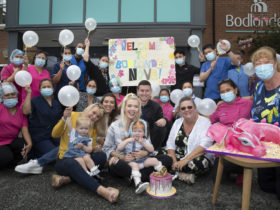 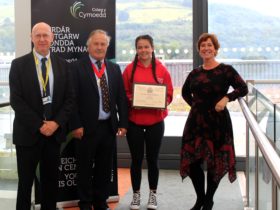 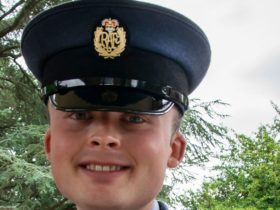 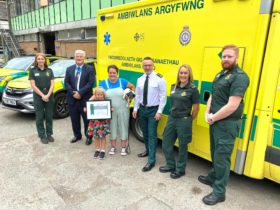