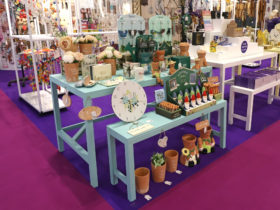 A city centre nursery has been saved from closure thanks to its new owner Chris Baker.

The Learning Tree Nursery provides dedicated childcare to more than 50 children in Cardiff, South Wales, but in October 2018 the previous owners of the nursery, Busy Bees, announced that it was being forced to close.

Mr Baker, whose two children attended the nursery, decided to see if he could secure the future of the nursery and ensure the continuity of the childcare provided by acquiring the lease for the purpose-built nursery and establishing The Learning Tree.

Mr Baker was also keen to secure the jobs of over ten excellent and highly experienced staff members, some of which had worked at the nursery premises for over ten years. The deal to save the nursery was solidified a few days before Christmas, meaning both employees and parents could relax over the festive period.

In six short months, Mr Baker has made great progress and The Learning Tree has become the official nursery provider for The Maltings on East Tyndall Street, offering flexible childcare services to many business residents. Their flexible approach to childcare and bespoke packages, meet the needs of modern working life for parents and their growth continues as they announce they will be offering a wraparound service for young children who are attending the first year of school, starting in September.

Mr Baker says ‘What has been achieved together with the staff team in the past 6 months has been nothing short of incredible. We received tremendous support from parents, as well as local politicians such as Vaughan Gething AM and Councillors, in saving the setting from closure. More and more children have been joining our nursery every week, and our staff team has nearly doubled since opening In February 2019.

He adds ‘Furthermore, we have been able to refurbish and update the nursery along with supplying new resources for our children, with help from Cardiff Council and the Welsh Government through the Childcare Grant.

[aoa id=”1″]Mr Baker says ‘We are also delighted to announce that we have just been awarded the Capital Grant for the purpose of re-landscaping our very spacious garden, which will allow us to offer one of the very best nursery gardens in the whole of Cardiff for the children who attend our nursery. We are also excited to launch a new Wraparound service in September which will be invaluable for working parents and combine perfectly with the Childcare Offer that is available for them at The Learning Tree.’[/aoa]