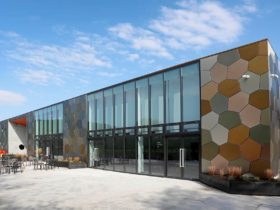 The Royal Mint Experience set to reopen with brand-new exhibition

Swansea Grand Theatre takes the classic story of Snow White and the Seven Dwarfs reimagines it in this year’s fairest panto in the land.

The story of Snow White is one of the most well-known and popular of all. It was written for the first time by the The Brother Grimm in the early 1800s, and then became the first princess movie when adapted by Disney in 1937.

This fairytale begins the day of Snow White’s twenty-first birthday as she prepares for her party, and seeing her childhood sweetheart Prince Gareth of Gorseinon again. Her youth obsessed and vain step-mother Queen Lucretia, wanting to be the fairest in the land, tries everything she can to kills Snow White and have Prince Gareth to herself.

Muddles and Dame Betty Blumenthal are having none of that, and with the help of The Man in The Mirror and the Magnificent Seven (who have strange Manchurian accents), get Princes Gareth to Snow White in time to save her with True Loves kiss. Though not without a few hurdles along the way.

So, that’s the plot, let’s meet the cast

By far the biggest roles in the show are those of Snow White’s best friend Muddles (Jon Clegg impressionist and Britain’s Got Talent Finalist) and the palace cook Dame Betty (Kevin Johns panto and theatre veteran) with her rendition of Nessus Dorma to desserts.

They bring the story into the twenty-first century by making jokes at the current big stories such as the Downing Street Christmas party that wasn’t a party, but had cheese and wine and a Secret Santa. Jon Clegg even adds in a Dec impression from the recent I’m a celebrity show “Evening Mr Prime Minister”, and talk of covid restrictions and being back off “Furlough”. The usual adult aimed innuendos and child humour are a constant with the satirical jokes, which keeps the adults entertained and “all you have to do is say the word bottom” to get a laugh from the children.

In his first ever panto appearance, Colin Jackson (the legendary Olympic Hurdler) takes up the role of The Man in The Mirror. With puns a plenty and a Strictly Come Dancing worthy dance off, his role was memorable and fun. I’m sure as the shows go on and he jumps through a few hurdles, he’ll become more accustomed to the stage.

Zoë George does an excellent job portraying Queen Lucretia. Despite playing what some might call the ‘evil queen’, she is great fun and is extremely engaging with the audience both children and adults. She commands the attention of the audience and other performers on stage as the role requires. A real character that I’m sure you’re going love to hate. Oh, yes you will!!

Snow White is performed by Emma Kirk and Prince Gareth by Rob Wilshaw, who himself is no stranger to the role of Prince Charming. They both have great voices and play the roles extremely well; with this being a panto the fairytale is used as a backdrop, so don’t be too disappointed if you don’t see the full story performed.

What production is complete without the hard work and dedication from the crew backstage. It’s clear to see the attention to detail when designing the set and costumes that really make the performance what it is.

In the orchestra pit, the performance is backed by the Swansea Grand Theatre’s band with musical director John Quirk at the helm. There is definitely something about having live music that really brings a pantomime like this alive.

It was great to see panto back at the Swansea Grand, where not just the audience wanted to be there, but you could see the cast did too. With an emotional welcome back speech by Kevin Johns and a standing ovation from the audience, if you’re looking for a family friendly, first panto for the children to enjoy, then look no further.

This year’s fairytale Swansea Grand pantomime, Snow White and the Seven Dwarfs, is showing until 2 January 2022. Tickets are still available from £17. For more information and to book, click here.