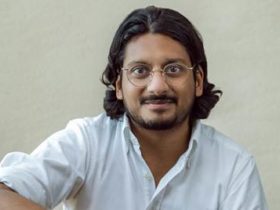 South Wales Police is today launching a fresh appeal to locate Mohammed Ali Ege who is wanted in connection with the 2010 murder of Aamir Siddiqi in Cardiff.

Officers are seeking information from anyone in the UK and abroad about Ege’s whereabouts since he escaped from police custody in India two years ago – on 12th April 2017.

South Wales Police continues to work with the National Crime Agency and international law enforcement agencies to trace Ege and return him to the UK.

He is wanted in connection with the murder of 17-year-old Aamir Siddiqi who died at his home in Ninian Road, Roath on 11th April 2010 having suffered multiple stab wounds.

Detective Chief Inspector Paul Giess of the South Wales Police Major Crime Investigations Team said: “Mohammed Ali Ege – who is now 41 years-old – is from the Riverside area of Cardiff but also has connections with people in surrounding areas.

“He fled to India before he could be arrested in connection with the murder of Aamir Siddiqi in 2010 and escaped from custody in India in 2017 while awaiting extradition.

“Two years on, his current whereabouts are unknown, he could be in India or elsewhere. From our ongoing investigation to trace him we know that he has travelled.

“We also know that he has changed his appearance and has access to different identification which would allow him to travel extensively on false documentation. The false documents which were recovered at the time of his arrest in India were of high quality and would cost a substantial amount to produce, indicating that he is being supported financially, possibly from within South Wales.

“We will pursue anyone who is assisting Ege or who has supported him previously. Nine years have passed since Aamir’s tragic death and I would urge anyone who may have had previous allegiances with Ege and felt unable to assist us at the time to do the right thing and tell us what they know.”

Aamir Siddiqi’s family have been updated on the enquiries being undertaken to locate Ege. In recent weeks officers have executed search warrants at addresses in the Cardiff area.

In a statement, his parents said: “It is the 9th anniversary of the murder of our beloved son Aamir. He was our loving, funny, intelligent and generous child who was about to embark on the next phase of his life at university.

“His friends have become wonderful adults, they have travelled, have jobs and some are married. Our son was deprived of these things and we mourn his loss every day. We will never forget how so many people in Cardiff and beyond were touched by Aamir’s death: People helped us with their practical and emotional support and for this we are very grateful.

“We urge anyone who has any information that could help the police with their enquiries, to please get in touch – your call might help bring an end to the very long ordeal for our family and potentially, help to prevent this kind of tragedy happening again.”

DCI Giess added: “We believe that the answer to Ege’s whereabouts lie within the Cardiff area and we appeal to anyone who has any information about his location or who may know anyone associated with him to come forward for the sake of Aamir’s family.

“Aamir was their only son who, nine years ago yesterday, was murdered at his family home while waiting for his Quran teacher to arrive on a Sunday afternoon.

“Although two men have been convicted of his murder, our focus remains on tracing and arresting Ege so he can be put before the courts.”

Anybody with information is urged to contact 101 quoting reference 1700150924 or call Crimestoppers anonymously on 0800 555 111. You can also provide information by using the UK Police Major Incident Public Reporting Site https://mipp.police.uk/