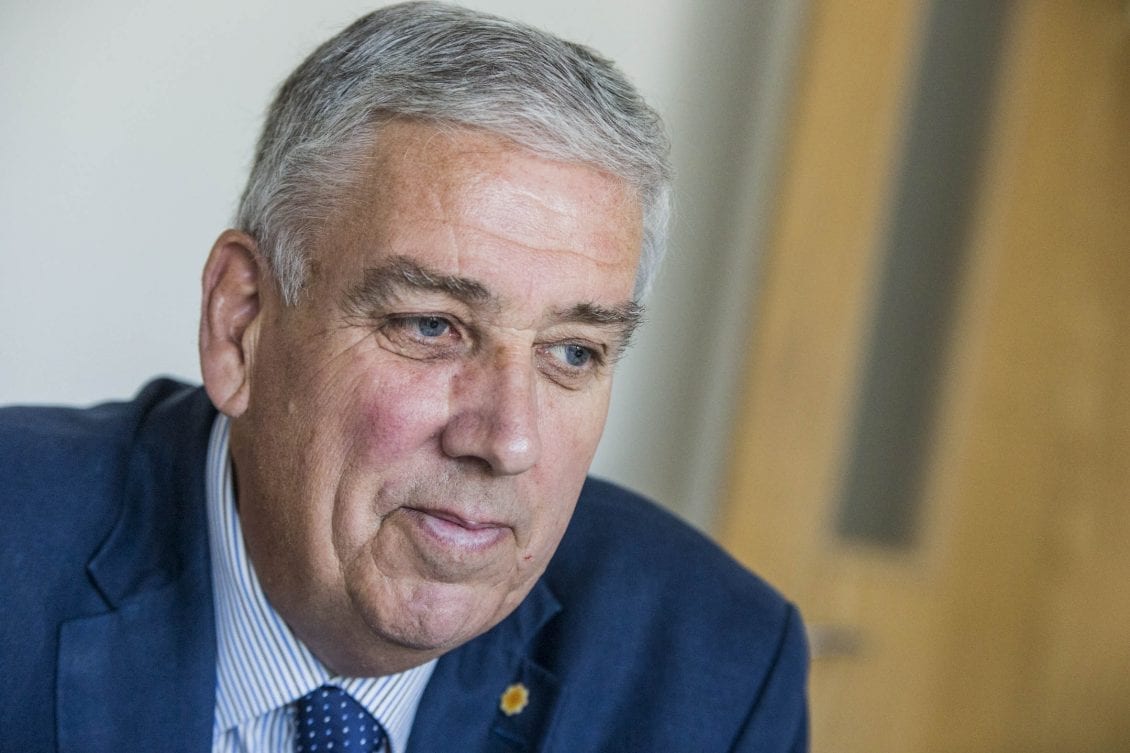 Police boss calls for coronavirus travel fines to be tripled to £3,000

Police officers of England and Wales who have exhibited exemplary acts of bravery were recognised today, Thursday 14 July 2022, at the 27th Police Bravery Awards.

Hosted by the Police Federation of England and Wales, and sponsored by Police Mutual, the annual awards honour the bravest of the brave officers for displaying outstanding commitment, while on or off duty, to saving lives and upholding the rule of law.

The winners were selected from amongst 76 nominations received from 39 forces of eight regions in England and Wales.

PC Nathan Davies responded to an emergency call just after 10pm on 12 August 2020 when reports came in of a woman screaming for help in the River Clydach in Swansea.

The Met Office had issued weather warnings for flooding and thunderstorms that day and when PC Davies and his colleague arrived at the scene in a wooded location it was pitch black and treacherous underfoot due to the time of night and storms.

Two individuals were spotted 30ft below the riverbank in the middle of the river. One was unresponsive and the other was badly injured.

Despite the obvious danger, PC Davies, who is a trained public order medic, took the decision to make his way down onto the river bed and, in doing so, he knocked himself unconscious.

After regaining consciousness, on his hands and knees, he made his way to the two casualties.

PC Davies started CPR on one of them and, after around 10 minutes, other officers started to reach the scene.

The fire service arrived and used a defibrillator on one of the injured people while PC Davies continued to work on their airway.

PC Davies became increasingly aware of his own injuries and was in significant pain in his back, right hip and knee. When paramedics arrived, he was unable to stand unaided.

After triage at the scene by paramedics, it became clear the officer could not get out of the river unaided and he had to be winched from the river bed by the fire service.

He spent the night in Morriston Hospital with concussion and soft tissue damage to his knee, thigh, hip and back and was off work for 17 days recuperating.

He said:  “PC Nathan Davies showed incredible courage that night in some of the most challenging circumstances imaginable.

“Bodycam footage captured that night by PC McCourt helps visualise the scene that confronted PC Davies and his colleagues that night.

“But without a second’s hesitation or concern for his own safety he went to the assistance of a badly injured couple and did everything he could to help despite being knocked out and injured himself.

“It is telling that he only started to realise the severity of his own injuries when colleagues and other emergency services teams arrived at the scene to assist.

“This is yet another example of a police officer willing to risk his own life to save others and PC Davies deserved to be recognised for the incredible courage he displayed that night.”

PC Steven Denniss – Lincolnshire (Region 4): PC Steven Denniss was walking his dogs when he saw a man standing next to a bench in a hooded top staring at a member of the public. PC Denniss immediately realised this man was wanted for the murder of a young woman and her son the evening before.

Both had sadly succumbed to their injuries after receiving multiple stab wounds at their home.

The off-duty officer let go of his dogs’ leads and approached the individual, who responded by attacking him.

The suspect then ran and PC Denniss chased him, calling an on-duty colleague for back-up at the same time.

The individual turned back on PC Denniss as he was making ground, pulled out a knife and demanded his phone.

As the two men were facing off, the suspect stabbed PC Denniss in the leg.

Despite his injury, PC Denniss continued to chase the individual as he ran again before other officers arrived and were guided towards their colleague’s location.

He then assisted in clearing the public from the area for their safety while the suspect was arrested.

The individual received 40 years for the double murder and 21 months for the assault on PC Denniss.

Hon Mr Justice Pepperall publicly commended the officer: “I commend PC Steven Denniss for his bravery in seeking to arrest while off duty and without any backup or regard for his safety to protect members of the public.”

Helen Stamp, Chair of Lincolnshire Police Federation, said: “PC Denniss’s actions demonstrate that he showed tremendous courage in tackling a man whom he knew had committed such atrocious crimes, putting the safety of the public before himself. Thankfully he was not seriously injured but he certainly went beyond the duties expected of him.”

PFEW National Chair Steve Hartshorn said: “Across England and Wales, day in and day out, our police officers are going to extraordinary lengths protecting the public. They go to work every day, never knowing what will be ahead of them. In the face of danger and adversity, they go above and beyond their call of duty to protect all of us.

“Their acts of courage go further than any of us could expect, the bravery shown is truly outstanding. From putting their own lives at risk to save others, facing violent attackers and terrifying weapons, to rescuing people from perilous situations in fast-flowing water or stranded hundreds of feet in the air, they have faced danger head-on.

“They don’t do it for recognition or praise, they will tell you they do it because it’s their job.”

“I am sure I can speak on behalf of my colleagues when I say that all police officers are heroes regardless of whether you win an award or not. You go to work every day never knowing what you will face on your shift, putting the safety and security of the public before your own, running towards danger regardless of the personal risks you are taking. We pay tribute to all of you who get up every day, proudly pull on the uniform, and put yourselves in harm’s way so the rest of us can live our lives in safety.

“I have been truly humbled reading the nominations for tonight’s awards and I am hugely proud to share each and every one of these stories with you. My congratulations go to all nominees – we thank you for your heroism.”