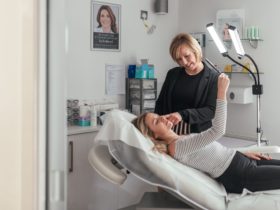 People walking Pen Y Fan near Brecon last Sunday (29 April), may have spotted an usual group making their way to the top of the iconic Welsh peak.

Macmillan fundraiser Stephen Millichamp, dressed as Bananaman was joined by 18 ‘big men’ – some of whom were dressed as their favourite childhood superheroes – including superwoman!

The fancy-dress fundraiser was the idea of Stephen Millichamp from Pontypool who wanted to raise money for Macmillan Cancer Support.

Sadly, in January this year, Stephen received the news that he had AL Amyloidosis, a very rare disease where protein is building up in his heart and reducing his heart’s ability to work properly.

The father of three teenage children was told that his condition was terminal, and was offered chemotherapy as a treatment for the symptoms of his disease.

It was when Stephen was undergoing his first course of chemotherapy at Nevill Hall Hospital in Abergavenny, that met he met Macmillan Welfare Benefits Adviser, Leanne McMillan.

Stephen is unable to work and says that Leanne’s help has made an amazing difference to his life.

Speaking about the help he received from Macmillan, Stephen said:

“I was sat there surrounded by forms and undergoing chemo, and I just felt overwhelmed.

“Leanne turned up and told me not to worry and took the forms away. One hour later she came back and told me that all I needed to do was sign one piece of paper and then everything was done.

“Sure enough, within a week I received a cheque from Macmillan and I was set up to get the benefits that I was entitled to.”

Completing the Pen Y Fan fundraising walk for Macmillan means that Stephen feels he can give back to the charity that helped him. He said,

“I had to do the walk while I still could. Macmillan have been fabulous and I want to give back to the charity that has helped me.

“I’m hoping we’ve raised around £500. I am so pleased with my family and my friends for supporting this.

“My friends have been amazing. I know it’s not easy when someone you know has an illness with no cure. And sometimes a mate will say to me ‘I don’t know what to say to you’. I tell them, ‘That’s okay, I understand.’ I appreciate them keeping in touch and also getting behind this fundraising walk.”

“It was so great to meet Stephen and for him to tell me his journey with Macmillan. It was even nicer to hear that he has a strong army of friends and family supporting him with his journey up Pen Y Fan.

“To have support like that when you are going through such a tough time in your life is incredible and priceless. I can’t thank Stephen and his superhero gang enough for their support!”

If you would like to find out how you can fundraise for Macmillan Cancer Support or looking for advice or support, please visit our website at www.macmillan.org,uk 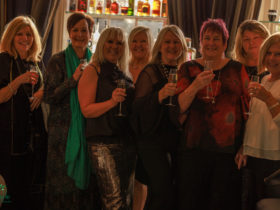 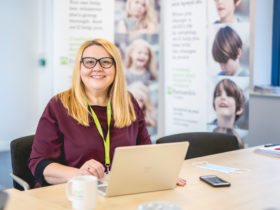 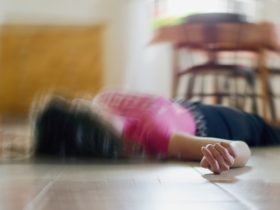