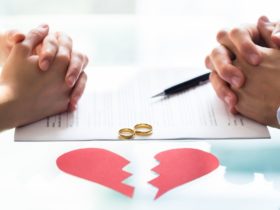 Us Brits have many weird and wonderful traditions, whether we’re trying to solve a crisis with a cup of tea or lighting a barbecue at the first hint of sunshine. In this article, we’ll share our top ten typically British traditions.

What could be more traditional than the Sunday Roast Dinner? The nation’s favourite dish is thought to date back to the meat feasts of the 15th century! These days, a roast dinner typically involves meat, gravy, roasted potatoes and vegetables and Yorkshire puddings and it remains a firm family favourite across the nation. Just don’t ask what time it should be served as no one can agree!

There’s nothing we Brits love more than a nice, orderly queue! It may have started way back with the Industrial Revolution but modern-day British people are just as good at waiting patiently in line for their turn! In fact, for particularly long queues, Brits have even been known to bring along a chair to make it a more comfortable experience!

4. Going to the Races

Getting dressed up and going to the races is a summer tradition for many Brits. Doncaster Racecourse is one of the oldest in Britain and the races are a big event in Yorkshire, with many people travelling from all over the UK to watch and London to Doncaster train tickets in high demand on sunny race days!

5. An Obsession With the Weather

Being British requires at least a mild obsession with the weather and what it might – or might not – be doing on any given day! In our defence, the UK weather is so unpredictable that it’s hard not to wonder or talk about it!

Going to the pub is an ages-old British tradition that many of us like to indulge in after work or at the weekend. A pint of beer might be the standard but even non-drinkers can enjoy the relaxed atmosphere and many pubs now also serve food and have family-friendly areas.

Traditional British etiquette demands that we’re polite and courteous at all times, even if we don’t necessarily feel like it! That means you’re still likely to find a British person saying “Please,” “Thank you” and “Excuse me” no matter how secretly annoyed they might be.

Saying sorry when you’ve not actually done anything wrong is a very British trait. In fact, a 2016 survey found the average Brit says “sorry” around eight times per day. You know you’re truly British when you apologise when someone bumps into you!

The sending and receiving of greetings cards is another very typically British tradition. After all, it was here in the UK that the first-ever Christmas card was sent by Henry Cole in 1843.

10. Making the Most of the Sun

With notoriously unpredictable weather and wet summers, you can hardly blame British people for wanting to make the most of the sunshine! In 2021, the UK averaged just under 1,388 hours of sun, which isn’t even half of Spain’s 3,000-hour average. That means you can often find Brits making the most of every minute when the sun does come out.

British people are proud of their unique and quirky traditions and they’re also not afraid to poke a bit of fun at themselves in the process!