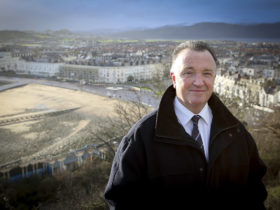 Daniel Eames, a partner and member of the Family Law team at Clarke Willmott LLP in Cardiff, said the ruling of the Supreme Court in Owens v Owens underlined the importance of the Private Member’s Bill recently introduced in the House of Lords by Baroness Butler-Sloss.

Mr Eames, who has specialised in divorce law for over a decade, and is a member of Resolution, the national organisation committed to non-confrontational divorce, said:

“This ruling from the Supreme Court about the need to prove unreasonable behaviour under the Matrimonial Causes Act 1973, underlines the importance of the bill introduced by Baroness Butler-Sloss, which seeks to make the first major changes to divorce legislation in nearly 50 years.

“The Supreme Court judges had to make their ruling within the context of the current law. However, the Divorce (etc) Law Review Bill would help to bring in a new system of no-fault divorce, and bring an end to the present legislation, which is needlessly confrontational and inappropriate for the 21st century.”

Clarke Willmott LLP is a national law firm with seven offices across the country, in Birmingham, Bristol, Cardiff, London, Manchester, Southampton and Taunton