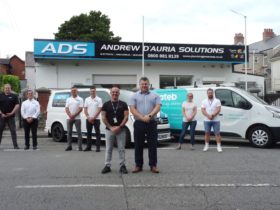 Improving urban and rural communities, supporting small businesses and boosting people’s skills are among the key themes of a new plan to unlock funding worth nearly £138m to South West Wales over the next three years.

Cabinet members at the local authorities of Carmarthenshire, Neath Port Talbot, Pembrokeshire and Swansea will soon be asked to approve the regional investment plan, which is aimed at securing UK Government Shared Prosperity Fund money already earmarked for the region.

The plan also looks to further support regional priorities that are already in place. These include the potential to make South West Wales a UK leader in renewable energy and growing the region’s visitor economy to make the most of its scenery and culture.

Subject to sign-off at all four regional councils, the regional investment plan will be submitted by August 1 to the UK Government for approval.

The regional plan has been informed by local investment plans in each local authority area that followed feedback from residents and businesses. Views have also been sought from the Welsh Government, business representative groups and strategic partnerships made up of public, private and voluntary sector organisations.

Detailed guidance from the UK Government on how the funding will be distributed to projects is yet to be confirmed, although the preference is for a competitive process.

Once the funding has been secured, each regional local authority will let its businesses and other organisations know how they can bid for funding.

Cllr Rob Stewart, Swansea Council Leader, said: “This money has already been set aside for the region, but we need to submit a regional investment plan to the UK Government to receive it.

“That’s why a huge amount of consultation has been taking place in each local authority area to get people’s views on what the key themes and priorities of the plan should be.

“All that feedback has now been considered to help inform the plan which, once approved, will make a real difference to our communities, residents and small businesses.”

Cllr Gareth John, Carmarthenshire County Council’s Cabinet Member for Regeneration, Leisure, Culture and Tourism, said: “This funding will be used to help deliver our Carmarthenshire economic recovery plan, developed in consultation with business leaders and local communities and sets out our ambitions for future development and growth.

“It focuses on safeguarding existing businesses and jobs, supporting new start-ups together with encouraging growth, helping people develop skills for both current and future employment, with the investment targeted within Carmarthenshire’s strategic growth areas, incorporating our town centres, the rural economy and deprived communities.”

The Shared Prosperity Fund is the main source of UK Government funding replacing the European Regional Development Fund and European Social Fund that are no longer available following the UK’s withdrawal from the European Union, although it is not a direct like-for-like replacement.

The funding is part of the UK Government’s levelling-up agenda.