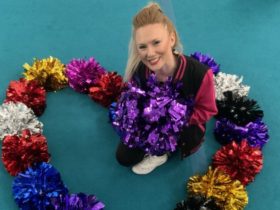 A Cardiff-based vehicle retailer has been acquired by a national business as it looks to create 20 jobs across Wales within the next six months.

EVS Vehicles, based on Penarth Road in Cardiff, has been acquired for an undisclosed sum by Inter Vehicle Group (IVG), with the business rebranding under the IVG banner.

Operations Director Jarrad Morris remains with the business and takes up the position of Group Managing Director. Speaking of the deal, Jarrad said: “This is a hugely exciting deal for us as the acquisition will enable us to grow at a rate that was not possible, previously.

“Not only does this deal give us an even brighter future, but it does so without forgetting where we’ve come from. That means that all staff will be retained and existing clients be looked after to cater to their needs. Being part of a national outfit will now allow us to tap into buying power that was previously difficult for us to do so.”

The acquisition was announced at a client event hosted by IVG ambassador, Tom Shanklin, and rugby legend Jonathan Davies (pictured).

Paul Clark, Chairman of IVG, said: “This is a fantastic move for us as we drive up our strategic expansion model of growth via acquisition. Jarrad and his team have grown a healthy business with an impressive client bank, and it was their passion of the industry and commitment to customer service which attracted them to us. With our support and backing, Jarrad and the management team will spearhead a talented team of staff that will look to assert itself as the premier choice for vehicles, plant and fleet services in Wales and beyond.”

Jarrad discussed the jobs that will be created following the deal: “There are plans for us to expand along the M4 corridor in the areas of South Wales, West Wales and the South West of England, with us creating 20 jobs in the process.

“I am incredibly pleased we have been able to get to this position and following the rebrand to IVG, we will be rolling out other divisions of the group; Inter Car, Inter Van, Inter Lease, Inter Fleet Management and Inter Plant. This will allow us to expand our offering beyond leased cars, vans and the second-hand market.”

The newly acquired business, which had a £1.6m turnover from its last financial year, quickly took on a 6,000-square-foot showroom in Penarth Road, Cardiff, and employed a further three members of staff.

Speaking of the plans for growth, Jarrad said: “Our ambition is to service our customers along the M4, heading west, whilst still retaining our headquarters in Cardiff. We will be rolling these plans out very quickly and within six months we aim to have grown our team by 400 per cent.”