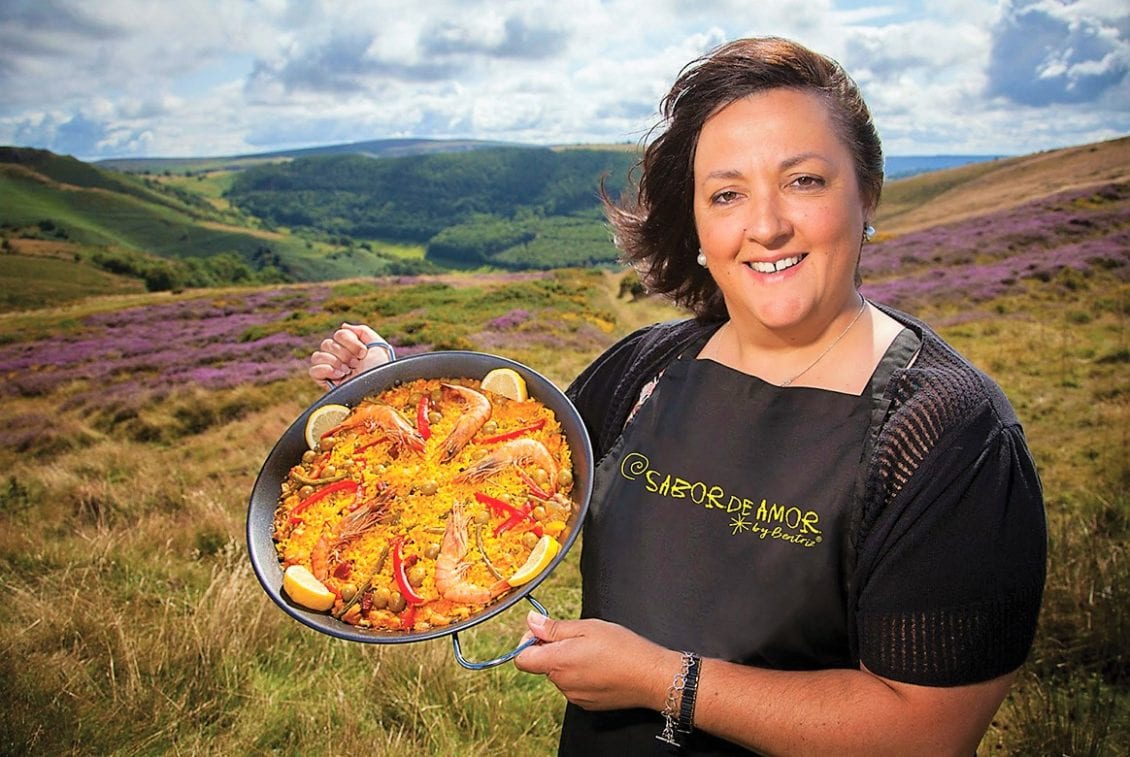 The figure was revealed by Welsh Secretary Alun Cairns who praised the region for its “miraculous” contribution the Welsh economy when he addressed a meeting of Wrexham Business Professionals at the town’s Ramada Hotel.

The group is made up of successful businesses and highly skilled professionals working together to promote regional prosperity and the enterprise and expertise that exists in the region.

The other keynote speakers were Welsh Government Economy and Transport Secretary Ken Skates, also the AM for Clwyd South, and Ian Bancroft, the Chief Executive of Wrexham County Borough Council.

Mr Cairns said: “North Wales and Wrexham in particular – continues to punch well above its weight.

[/aoa]“Exports from Flintshire and Wrexham are already at £5.6 billion, a third of the Welsh total.

“That’s why I want to pay tribute to all of you and to recognise the role this region is playing in our country’s miraculous economic growth. For it is businesses that ultimately take the risks that result in prosperity.”

He said it made him optimistic about the UK’s imminent departure from the European Union and added: “I see Brexit not as a hurdle but as a golden opportunity for Wales to assert its position within a global Britain, recognising the opportunities both in Europe and beyond.

“I say this because 90 per cent of global growth will come from outside the EU over the next 10 years.

“But that doesn’t mean we should ignore the European market on our doorstep. I don’t view it as one or the other – the EU Market or the rest of the world.

“It’s more important than ever to look to both markets, underline our relationship with existing trading partners and develop new ones with emerging countries of growth.”

According to Mr Skates, a planned £240 million investment in the North Wales Growth Deal by the Welsh and UK Governments will be a game changer for North Wales.

He said that both the UK and Welsh Governments were committed to backing the Growth Deal and had identified three key themes in advanced manufacturing, energy and the rural economy.

“We believe these are the right mix for North Wales to meaningfully approach the task of bringing about lasting change for future generations,” he said.

Mr Cairns agreed and said: “The North Wales Growth Deal can make a real difference to business and people in communities from Holyhead to Hawarden.

“The UK Government remains as committed as ever to work with business and the public sector to develop a bespoke deal that works for the whole of North Wales.

“Now is the time to come together for a final push and ensure we get this deal off the drawing board and over the finishing line. So, let’s work together and make it happen.”

The Welsh Government, Wrexham County Borough Council, Wrexham Glyndwr University and Wrexham AFC have recently announced the development of a master plan for the Mold Road Gateway into Wrexham.

This would involve large scale redevelopments at Wrexham General Railway Station and the Kop End at Wrexham Football Club’s Racecourse Stadium and link with Wrexham Glyndwr University’s plans for expansion.

The plan includes a new 5,000 seater stand at the football ground to create a national asset able to host international sporting fixtures and high-profile non-sporting events all year round.

Wrexham Council Chief Executive Ian Bancroft said: “Wrexham is the gateway to North Wales and we should be proud to live here talk Wrexham up because it’s a vibrant and successful place.

“The town centre needs to be a mix of accommodation and retail and we need to build new housing stock and support local communities while reducing the levels of crime and anti-social behaviour.

“It is the major urban area of North Wales and we are working very closely with the Welsh Government on improving transport links.

“The new local development plan is aiming to create new commercial space bringing in over 3,000 jobs and building 1,000 new houses around the town because we are looking at residential as a key component of the town centre.”

He said there were plans for new retail space and housing in the town as well as for a Football Museum of Wales in Wrexham and for growing tourism through projects like the Brymbo Heritage site.

He added: “It’s about the regeneration not just of our town but the villages as well.

“We are starting to see progress on some of the projects that will give us confidence that we are moving forward in Wrexham with strong relationships with the UK and Welsh Governments.

“We are on a journey to build prosperity and I feel sure that we are ready to take the next steps.”

Gill Kreft, the Chair of Wrexham Business Professionals, said: “In these unprecedented times, I very much welcome the messages of joint working and the vision shared by our speakers that all layers of Government must work together, with the business community, to empower prosperity and connectivity for Wrexham and our region. “ 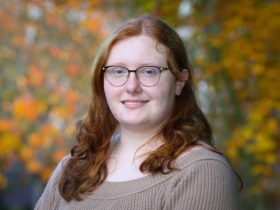 Courtney goes extra smile after being inspired by her late mum 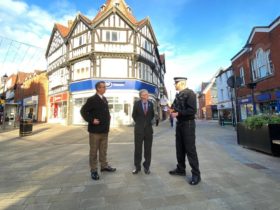 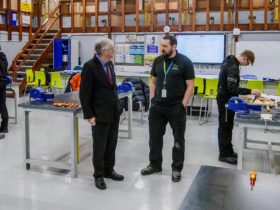