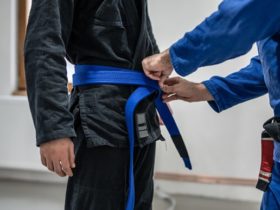 Horse racing has been part of the Welsh culture since the 18th century. Over the years, countless racetracks have opened and closed. Hundreds of jockeys have launched their careers and retired.

But the tradition of horse racing is unlikely to go away any time soon. In this article, we’ll provide a brief history of horse racing in Wales. We’ll talk about popular racetracks and jockeys in the country. And we’ll explain what sets apart the Welsh racing industry from the rest.

In fact, people in Wales were organizing horse racing competitions by 1833. At the time, the sport was most popular in Cowbridge, Conwy, Brecon, Haverfordwest and Wrexham.

Some of these towns attracted international competitors, more so Cowbridge. In the usual style, 19th century races were festivities that attracted bettors, illegal pig races, ball dancing and other adult activities.

For some time during the late 19th century, religious leaders had expressed their displeasure in how horse racing was conducted. They claimed racing events attracted to many immoral activities. In turn, this led to the suspension of Wrexham Races for nearly three decades.

During the early 20th century, however, things turned better for the Welsh horse racing industry. What was once a sport for the wealthy became a popular sport for the working class.

The sport’s growth was fueled by increasing coverage by newspapers. Then horse race betting became mainstream. At some point, horse racing was the most popular betting sport in the UK.

Betting on horse racing is still a big thing in Wales. In fact, if you are looking for the bookmakers with the best horse racing betting offers, read this review.

By 1930, there were dozens of racetracks in Wales, including Chepstow, the biggest racecourse in the country to date. Although Chepstow is big, the Welsh horse racing industry in general has been on a decline for decades. The sector reached its peak in the 1950s. Since then, horse racing has been declining in popularity.

The reasons include the rise of other sports like football and cricket, increased maintenance costs for horses, and constant opposition by animal welfare groups.

Horse racing might not be the biggest sport in Wales anymore. But it’s big enough to attracts tens of thousands of fans at these decorated racetracks:

Located in Chepstow town, Monmouth shire, Chepstow is the biggest racecourse in Wales. Founded in 1926, the racecourse hosts the Welsh Grand National—the biggest horse racing competition in the country.

It is operated by the Arena Racing Company, which runs 15 other major racetracks in the UK. Chepstow features an oval racetrack of about two miles and hosts mainly flat and jump races.

After coal mining operations ended at one location in Ffos Las, the Arena Racing Company got a good idea. They turned the land into a horse racing track. Additionally, the location would provide conferencing services and equestrian sports.

Occupying a land size of roughly 600 acres, the Ffos Las Race is big enough to horst flat racing and turf national hunting. It also features a hotel, restaurant and pub, a sportsbook, technical facilities and housing for racing staff.

The Bangor-on-Dee Racecourse in Wrexham is the only racecourse in the country without a grandstand. Established in 1859, it is also one of the oldest racecourses in Wales.

It stages 15 national hunt races near river dee. Although the races are a sight to behold, being at Bangor during a race delivers a lot more experiences, including delicacies and the local atmosphere.

Considering its long history in Wales, horse racing has been graced by hundreds of accomplished jockeys from Wales. Below are some of them:

Born in 1957 in Cardigan, Hywel Davis is a retired jockey with a record of 800+ victories, 761 of which he recorded in the UK. Davis began his career as an assistant for famous coaches before trying freelance jockeying.

Over the span of his 16-year-old career, Hywel won major horse racing events like the Grand National (1985), the Queen Mother Championship Chase in 1990, the Hennessy Gold Cup (1989) and the Whitbread Gold Cup in 1992.

Born in 1972, David Harrison was one of the most skilled jockeys in his prime. Sadly, his career was ended prematurely by a racing-related injury that impacted his spinal cord while racing in Hong Kong in 2001.

During his career, Harrison won tons of competitions, including the Derby Italiano, Swiss Derby, the Irish St Leger and representing Britain at the Championship Apprentice in 1992.

Ranked amongst the top 50 National Hunt jockeys of all time, Cowbridge born Evan Williams was an exemplary jockey. He was born in 1912 and jockeyed during an age when horse racing was growing rapidly in Wales.

While he won multiple races, Williams’ biggest accomplishment was winning the Cheltenham Gold Cup twice. He also won the Grand National in 1937 and 29 races in total.

Similar to many countries, Wales is home to dozens of different horse breeds. However, there are four breeds originally bred in the country.

The final breed is called the Welsh Cob. It’s the tallest of the four breeds and great for riding even by adults. That said, all the four breeds are known for their great temperaments and hardiness. Some of these horses are also used during jump racing events although that’s not their main strong point.