Three teachers who retire with 100 years of experience between them may not seem unusual. But when the trio have all put those years in at the same school and retire on the same day, it’s a cause for special celebration.

It certainly was for Kay Ball, Molly Keenan and Helen Walk who said goodbye to their colleagues and pupils at Oakfield Primary this week after chalking up a century of service at the St Mellons school.

Kay, who began at Oakfield as a newly-qualified teacher in 1986, has worked in most of the year groups and most recently has been responsible for overseeing the growth of the Welsh curriculum.

Molly also came fresh from teacher training in 1992. In her 30 years, she too has worked in almost every year group and has played a lead role in the development of the expressive arts.

Helen joined Oakfield in 1988 following a short spell teaching in Ipswich and her career has seen her work in early years and foundations settings while she has also had a key role at the school as an assistant headteacher.

At a presentation to mark their retirement this week, headmaster Dai Harris said: “They have all been an integral part of the success of the school, known by so many and valued by all. They are consummate professionals, so it is extremely fitting to acknowledge this significant milestone, and their contributions to the school and its wider community during such dedicated service.

“They will be greatly missed by everyone.”

Said Kay: “To think we have achieved 100 years between us is staggering, as time has gone so quickly, first becoming colleagues, then becoming friends.”

“We have seen so many changes over the years,” said Helen, “but what has remained constant has been our enthusiasm and commitment to Oakfield and to the children who we have had the privilege to teach.”

Molly added: “We may sometimes struggle to remember each and every name of each and every child that we have taught, but every pupil who has crossed our paths will always have a special place in our hearts. We will miss them all so very much.” 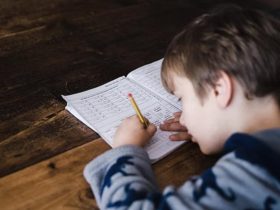