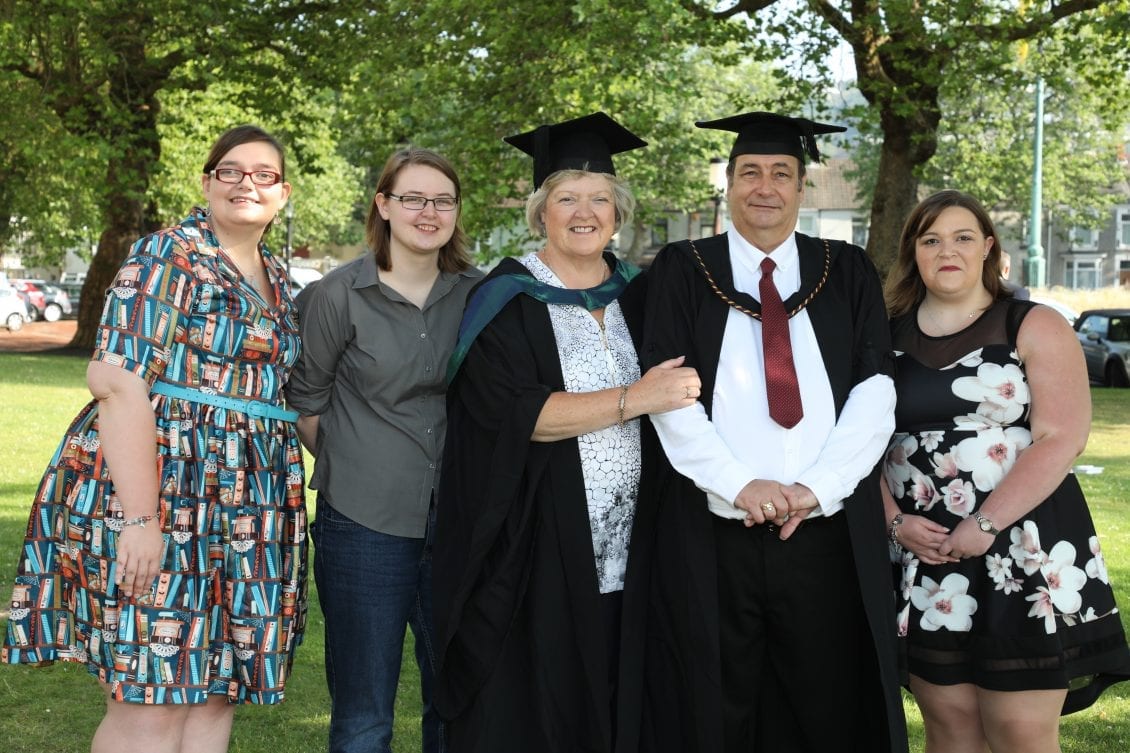 Graduation is truly a family affair for this Welsh couple

Swansea University has been sharing some of its most innovative projects with the Vietnamese Ambassador to the UK during a special visit to both campuses.

His Excellency Tran Ngoc An was joined by Cabinet Secretary for Education Kirsty Williams and leading University dignitaries for a tour of the Singleton site following a meeting with leaders of Global Wales, the partnership between Universities Wales, British Council, Welsh Government and the Higher Education Funding Council for Wales, which promotes Wales through its world-class higher education sector in priority overseas markets.

The meeting was held ahead of an announcement that Global Wales had successfully secured £3.5 million of Welsh Government funding to develop international partnerships and promote Wales as a study destination in a post-Brexit world in countries such as Vietnam.

To mark the occasion the Ambassador was given the opportunity to see more of the University’s facilities as well as meet representatives from the Swansea Vietnam Fund which was set up to promote charitable links and share medical expertise between the two countries.

The Vietnamese delegation was then taken on a tour of the Bay Campus, accompanied by Senior Pro Vice-Chancellor Professor Iwan Davies.

His Excellency was met by Dr Ian Masters who explained how the wave simulator in the University’s Energy Safety Research Institute is helping provide vital research on the generation of renewable electrical energy from waves, tides and currents in oceans, estuaries and rivers.

Dr Charlie Dunnill and Dr Enrico Andreoli then talked about their work on developing awareness and methods of renewable energy storage before a tour of award-winning Active classroom with Dr Miles Willis who also emphasised the university’s close links with industry.

The tour headed to Engineering Central, part of the College of Engineering which focuses on advanced engineering and manufacturing and is home to the University’s flight simulator system which allows aerospace engineering students to develop their skills in virtual air space.

The visit ended at the School of Management where the Ambassador and his party had the chance to meet some of the University’s existing Vietnamese students and staff before an exchange of gifts by Mr Tran and Professor Davies.

Professor Davies said: “On a momentous day when we are celebrating further development of our relationship with Vietnam, we have been delighted to show the Ambassador some of our most exciting projects.

“It is always a pleasure to be able to share the innovative, ground-breaking work our teams are involved with and we hope this tour has shown His Excellency some of the benefits that will evolve from our two countries working more closely together.”