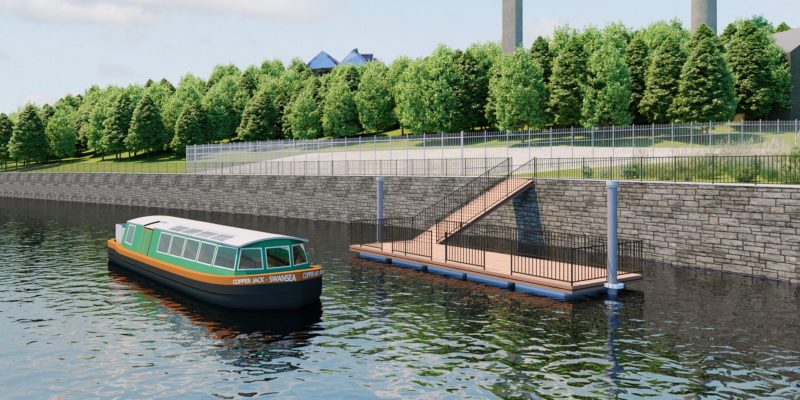 How a new Copper Jack landing stage could look near the Liberty Stadium and Hafod-Morfa Copperworks. Image: iCreate

A report into the possibility of creating new ways to travel from the mouth of the River Tawe up the Swansea Valley and towards Neath was unveiled. 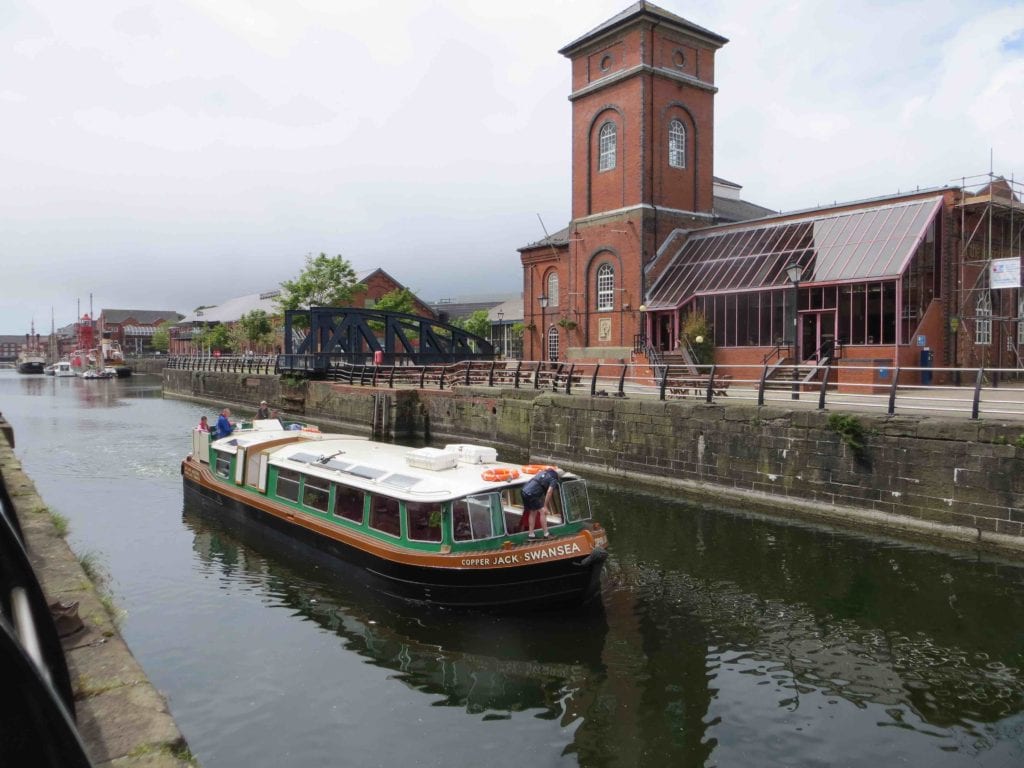 It was also revealed that funding has been secured for a new riverboat pick-up and drop-off point near the Liberty Stadium.

The report – Copper Jack: New Destinations – was published by Swansea Community Boat Trust, a charity that operates the Copper Jack community boat on the Tawe and promotes the heritage, use and environment of the area’s inland waterways.

The report states that it is feasible, with significant funding and other support, to create navigable waterways as far as Clydach and Jersey Marine, with these linking up with existing canals.

The report has received funding through the European Maritime and Fisheries Fund, which is funded by the European Union and the Welsh Government. Support comes from the Swansea Bay Fisheries Local Action Group (SBFLAG), managed by Swansea Council.

Trust board member John Andrew Davies said: “The trust is delighted that the report and video helped the council get the funding for a landing pontoon at the Copperworks.

“Copper Jack cannot operate at the moment due to the pandemic, but when things improve the trust looks forward to running boat trips for the public from Swansea Marina to an exciting new destination.

“For the first time, passengers will be able to get off Copper Jack to enjoy the Copperworks experience, or visit the Liberty Stadium.

“The report and video also highlight the potential benefits of linking the navigable River Tawe with local canals to create a 35-mile cruising inland waterway.

“This ambitious proposal has been around for a few years now, so it would be great if key stakeholders already working hard to regenerate the canals of Swansea Bay could get together to agree a long term strategy to deliver this fantastic project, whenever some funding becomes available.”

Robert Francis-Davies, the council’s cabinet member for investment, regeneration and tourism, said: “We were pleased to support this report. The recommendations represent a positive output and help lay the foundations for future development and job opportunities for the Tawe.

“We’re already looking at future development opportunities on the River Tawe. This includes improving access to the river to encourage the public to travel by water instead of the road.”

At present, as part of its £1bn regeneration programme, the council is developing the Hafod-Morfa Copperworks Powerhouse, with world-class Welsh distiller Penderyn set to have a base there.

The council also plans to work with a development partner to transform more of the copperworks site, the riverside site of the former St Thomas station and the area alongside the SA1 sailbridge.

Today’s report was commissioned by the trust and produced by specialist waterways consultants Moss Naylor Young. An accompanying video was produced by Swansea business iCreate.

The report recommends the provision of landing pontoons on the Tawe, initially at the copperworks quay.

The report and video supported an application by the SBFLAG to Welsh Government for the funding of the pontoon – and this was successful.

Surveys will now identify the best location for the pontoon, probably near the emerging Penderyn development at the Copperworks.

An ecology report has been carried out and, in due course, a planning application will be submitted for the pontoon. It could be installed as soon as the second half of this year. The cost will be up to £300,000 and it will mean the Copper Jack having a second embarkation point to twin with its existing site in Swansea Marina.

It could open up the possibility of a river taxi service. 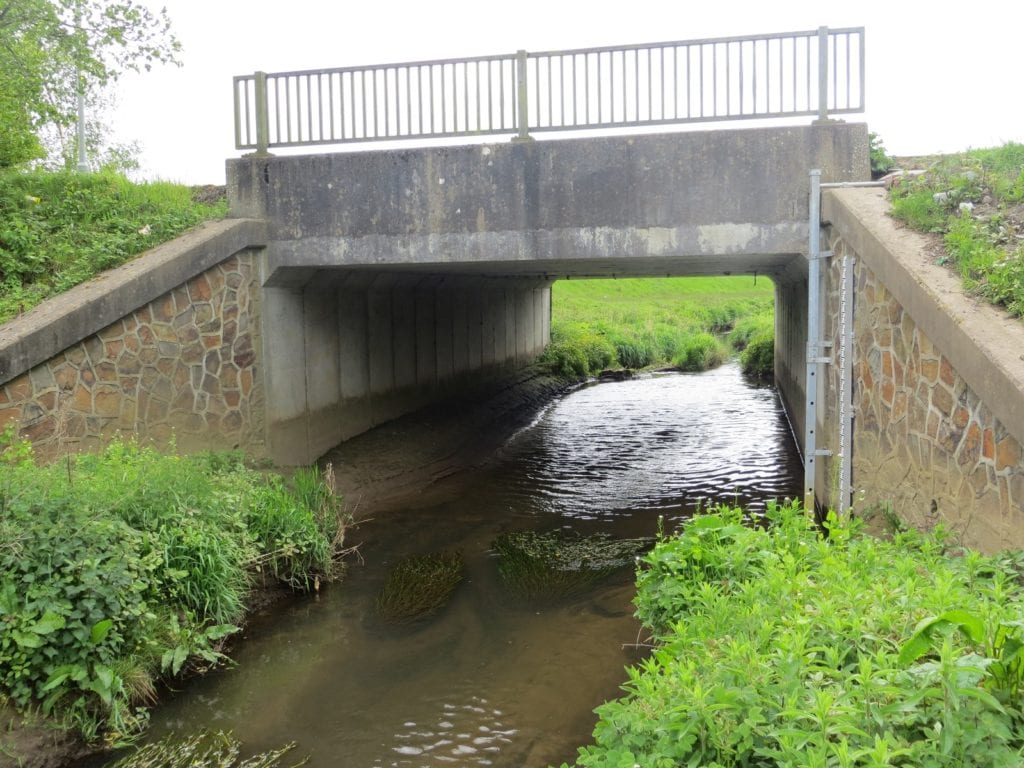 Nant Fendrod near the Liberty Stadium – where a new navigable waterway could be created.

Longer-term recommendations are for waterways route extensions to link the Tawe:

The routes for both proposed extensions are already protected by the Swansea Local Development Plan (LDP) which states that urban tourism would benefit from such improved attractions.

Work would include the creation of new locks and bridges plus extensive dredging and excavation. The work could cost more than £35m – and funding would have to be sourced.

The project will include engagement with various landowners and the recruitment of volunteers to clear parts of the existing waterways.

The trust will continue to work with others to promote the new routes.

Historically, the Tawe was used by seagoing ships when Swansea was a centre of the world’s copper production industry in the 18th and 19th centuries. 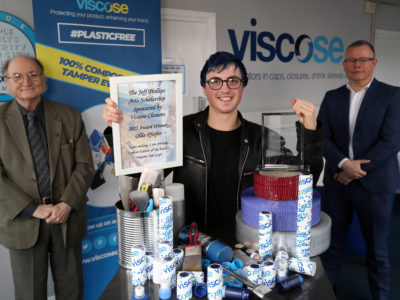 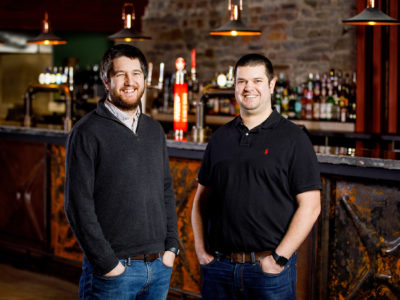 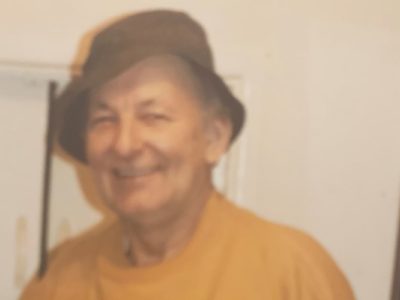