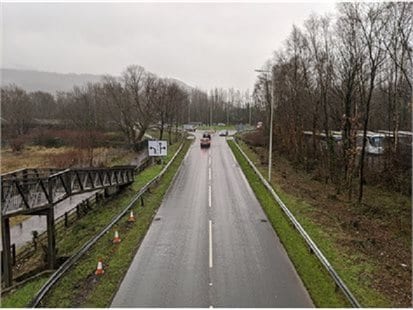 Work to begin on major A4059 Resilient Roads scheme in Aberdare

Following a unanimous recommendation from the Appointments Committee, Rhondda Cynon Taf Council has agreed the appointment of Paul Mee as the permanent Chief Executive of the Local Authority, with effect from December 1, 2022.

During the Full Council meeting on Wednesday, June 6, the Director of Human Resources gave a verbal update to Elected Members on the process of appointing a new Chief Executive – following the previous announcement that Christopher Bradshaw will retire from the role on November 30, 2022.

The update confirmed that following a comprehensive interview process, the Appointments Committee has recommended that Mr Mee is appointed to the role. Mr Mee is currently the Council’s Deputy Chief Executive and the Group Director for Community and Children’s Services. He also chairs the Regional Safeguarding Board and the Cwm Taf Community Safety Partnership.

Mr Mee was appointed as the Council’s Service Director for Public Health and Protection (2007 to 2017) and the Director of Public Health, Protection and Community Services (2017 to 2020), before taking up his current role.

He played an instrumental role in the pandemic, helping to shape the Test, Trace & Protect Programme. As an integral member of the Council’s Senior Leadership Team, he also played a key role in steering the Council’s activities and actions to keep people safe during those unprecedented times, while advising Cwm Taf University Health Board on its social care intervention.

Councillor Andrew Morgan OBE, Leader of Rhondda Cynon Taf Council, said: “I’m very pleased there was unanimous support for Mr Mee to be appointed as Chief Executive. In the time I have known Paul, he has been an excellent officer over many years for the Local Authority. He was educated locally, and has served local government for more than 30 years – working his way up from an Environmental Health Officer at Rhondda Borough Council in 1991, to an integral member of this Council’s Senior Leadership Team (SLT).

“Over the last two years he’s been a critical member of the SLT in response to the pandemic. He has played a vital role in challenging and helping to shape the Test, Trace & Protect Programme. He played an important role in advising Welsh Government, Public Health Wales and others about what we should be looking to do, and the best way to utilise local government staff – and also provided invaluable advice to me personally during that time.

“It is has been an extremely challenging time over the last two years, and it has been almost two years to the week since Paul was appointed as the Council’s Social Services director. It couldn’t have been a more challenging two years, and I have to say he couldn’t have stepped up more. I am very confident that Paul is an excellent officer, and as Leader of the Council I trust his decisions, and believe Members should have full confidence in him too.

“I’d also like to place on record my thanks to Chris Bradshaw, who has been a fantastic Chief Executive. I couldn’t have asked for a better officer in that role. Congratulations for everything you have achieved during your time in office.”