THE scale of the illegal tobacco market in Wales has been highlighted by BBC Wales in a special report. 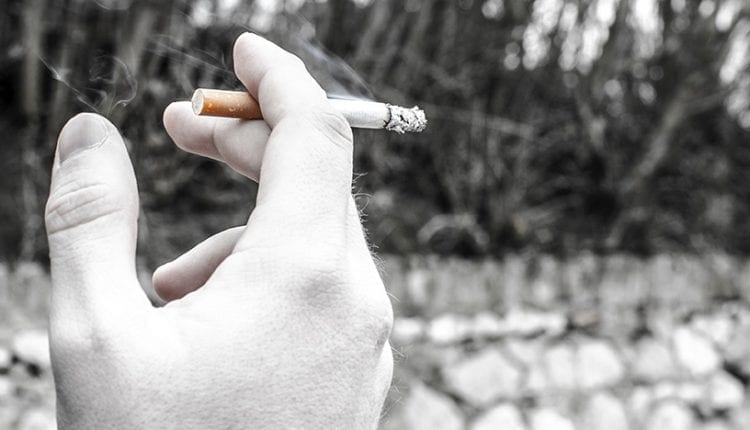 ASH Wales CEO Suzanne Cass appeared in the report, in which Trading Standards officers called for the establishment of a government task force dedicating to tackling the problem.

Currently illegal tobacco makes up 15% of all tobacco sales in Wales, the highest level in the UK, with 45% of all smokers in Wales having been offered the chance to buy it.

It is sold at pocket money prices, with a pack of 20 illegal cigarettes costing just £4, making it easily accessible to those who would not otherwise be able to afford it.

However, the impact of illegal tobacco market in Wales, goes beyond its effect on smoking prevalence.

The BBC Wales report also focused on its links to other forms of serious organised crime and the way the growing illegal tobacco market in Wales is bringing those behind such crimes into our communities.

ASH Wales has played a major part in raising awareness of the impact of illegal tobacco in Wales and last year was commissioned by the Welsh Government’s Tobacco Control Strategic Board to design a programme to tackle the issue.

“There is an urgent need to establish a dedicated government department to tackle the growing illegal tobacco trade in Wales. A co-ordinated approach is also needed between local authorities, the police and Welsh Government to stamp out what is becoming a wider problem.

“Illegal tobacco is easily available in our most deprived communities where smoking prevalence is highest and plays a big part in perpetuating the stark health inequalities that exist across Wales. Not only does illegal tobacco undermine all key tobacco control measures but it is also helps to fund other forms of organised criminal activity in Wales, threatening community cohesion and putting lives in danger.”

In 2014 ASH Wales led the first pan-Wales research project to assess the scale of the illicit tobacco market in Wales, among its findings, were the fact that 59% of those who purchase illegal tobacco buy it at least once a month and 52% of purchases take place at a private address, while 45% were in a pub or club.  Among those who buy illegal tobacco 70% said it allows them to smoke when they can’t afford it.