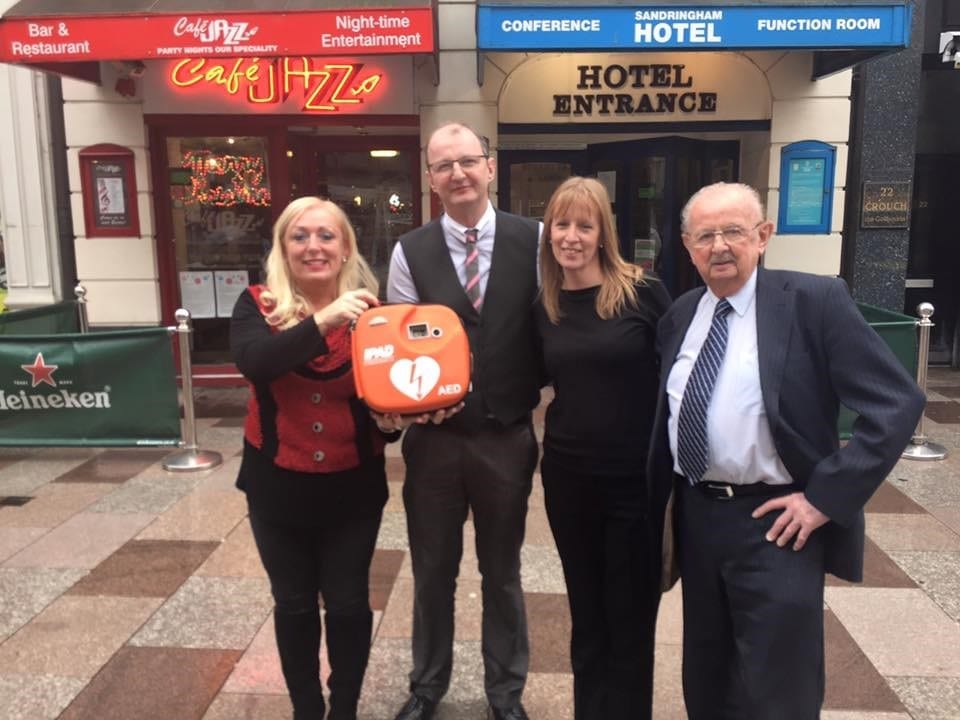 The FIM Speedway Grand Prix stars won’t be the only motorcycle heroes in Cardiff this weekend after Blood Bikes Wales was named as the Adrian Flux British SGP’s official charity partner.

The charity estimates that with every pound donated to Blood Bikes Wales, the NHS saves £5, which can be invested into frontline care.

With its riders providing such a vital service, Blood Bikes Wales vice-chairman Tyron Stevenson is delighted to be joining forces with the Adrian Flux British SGP to shine a spotlight on their work.

He said: “During the week, the NHS uses its own transportation system to move blood supplies, documents and other items between hospitals. However, on weekends and bank holidays, the regular system used to stop and the NHS used the police, ambulance service, taxis and couriers to carry the vital supplies, at such great cost – this is where Blood Bikes Wales comes in.

“We are an enthusiastic group of people keen to make a difference. Most of us are riders and we aim to use our skills, time and enthusiasm to help the health service in Wales.

“We’re continually seeking ways to improve the charity and are absolutely delighted to have the support of the FIM Speedway Grand Prix series this year. The British round is a huge event in the Welsh sporting calendar and will help us raise much needed awareness.

“We love coming to Wales and the British SGP is one of the highlights of our calendar.

“We were so impressed when we heard of the great work being undertaken by the team at Blood Bikes Wales that we wanted to lend our support and get them involved in our event.

“Knowing that they are all volunteers and devote so much time to this work makes it even more important that awareness is increased, so that more volunteers come forward and vital funds can be raised. We’re very happy that the Adrian Flux British SGP can provide a platform for that this year.”