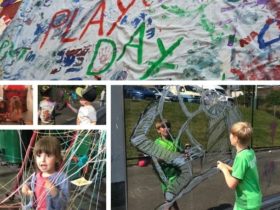 Cllr Carol Andrews, Mayor of Caerphilly County Borough Council and her daughter and Mayoral consort Megan are gearing up to ride one of the world’s fastest zip lines to raise money for her chosen charities.

Carol’s fundraising plans have been impacted by the ongoing coronavirus restrictions, so she is urging as many people as possible to support the event and donate to her charitable causes.

So, on June 12th, Carol and her daughter and consort Megan will be riding the Phoenix ride, the fastest seated zipline in the world at Zipworld, near Aberdare.

Nestled in the Rhigos mountain range, and boasting stunning panoramic views, Zipword is situated at the old Tower Colliery coal mining site, and has created a new lease of life for this historic area.

Carol Andrews, Mayor for Caerphilly County Borough said “The Alzheimer’s Society, The Valley Daffodils and The Friends of Bargoed Ward, Ysbyty Ystrad Fawr all have a personal connection to me and my daughter Megan, and funds raised will be gratefully received and will benefit these charities immensely.

My daughter Megan will be joining me in representing the Caerphilly County Borough, taking the place of my mother who very sadly passed away recently.  I’d like to thank Megan for stepping into the huge space left by my Mum, who was Consort during my time as Deputy Mayor; we look forward to performing our new roles, despite these unusual times.

You can donate online via the Go Fund Me website