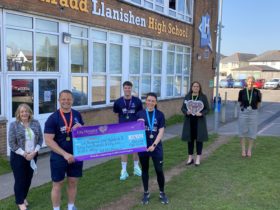 Imagine Bute Park being your office. Or spending your days in Parc Cefn Onn, Roath Park, or any one of the hundreds of parks and green spaces around Cardiff. It sounds like a dream, but for six people it could soon become reality, because Cardiff Council is currently looking for six apprentices to join its parks service, and in the words of one former apprentice, it could be “life-changing.”

Cabinet Member for Culture and Leisure, Cllr Peter Bradbury said: “Since 2004, sixteen people have graduated from our parks apprenticeships and gone onto find permanent jobs working for Cardiff in some of the city’s fantastic green spaces.”

One of those people was Joshua Thatcher, now an arborist in the parks team, who by his own admission was “a bit troublesome” at school.

After an early taste of work experience with the parks department at the age of 15, Josh harboured hopes of a career in horticulture, but it wasn’t until many years later that he finally applied for an apprenticeship.

“If you come from a background where you’ve always put yourself down a bit and thought, well I’m not really going to be successful, just do it, that’s what I’d say, throw yourself in, and the rewards you get out of it, you’ll be amazed.

“You’ve got nothing to lose and everything to gain from it, and the experiences you’ll get whilst doing it, they’ll be life changing.”

The four year apprenticeships currently on offer cover a number of different areas of park operations including: grounds maintenance, arboriculture, and the urban, and community park ranger services.

All opportunities include the chance to gain formal qualifications, learn ‘on the job’ from the experienced and friendly team, and earn the real living wage.

Cllr Bradbury continued: “Apprenticeships offer so much to people from all walks of life, young people who weren’t previously in employment or education, people looking for a career change –  the only real qualification needed is a desire to learn, and a genuine interest and enthusiasm for the work the team do to improve and maintain Cardiff’s parks.” 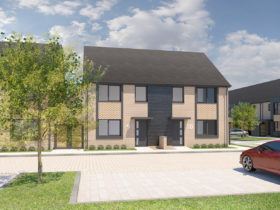