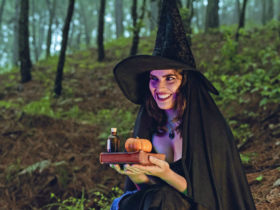 A group of young musicians who give a fresh and vibrant sound to traditional Welsh music will be among the star attractions at a top music festival.

Calan will bring their award-winning contemporary and lively approach to the North Wales International Music Festival at St Asaph Cathedral on Sunday, September 18.

The group breathe new life into the old traditions through their sparkling melodies and foot tapping tunes along with spirited and energetic performances of Welsh step dancing.

The concert is part of an exciting and varied programme at this year’s festival which is celebrating its 50th anniversary and runs from September 17 to October 1.

Among the other highlights are performances by early music group Red Priest, the spectacular Mugenkyo Taiko Drummers and the BBC National Orchestra of Wales, along with resident orchestra NEW Sinfonia.

Since the release of their debut album Bling in 2008 which met with rave reviews, Calan have gone on to play to large audiences at concerts and many festivals, including the Cambridge Festival, Glasgow’s Celtic Connections, Shrewsbury Folk Festival, the Bromyard Folk Festival as well as the National Eisteddfod introducing a new generation of music fans to Welsh traditional music along the way.

As well as the UK, audiences in the USA, Belgium, Italy and France have also given them a terrific reception, winning the award for best group at the Festival Interceltique de Lorient in Brittany.

Violin virtuoso Patrick, who hails from Bethesda, near Bangor, said: “It’s a privilege to play in a building so steeped in history. With the audience’s help, we’re going to raise the roof. It’s going to be a great night.”

They will showcase their latest album, Kistvaen, at the concert. This critically acclaimed work was released just before lockdown and was toured live for the first time during April this year.

“Kistvaen is what we are about as a band,” said Calan’s guitarist Sam Humphreys, from Nefyn.

“We recorded it just before the first lockdowns, and we were gutted when we found out we could not take it on tour so we could show everybody our hard work.

“We spent hours handpicking our favourite tunes and songs from the national archives and gave them a new lease of life and now, at last, we have been able to share it.”

When the international travel ban was implemented because of the Covid-19 pandemic in March 2020 Calan were on tour in the USA and managed to scramble onto the last plane out of Minneapolis for London.

Just as they were sitting in the airport terminal congratulating themselves on managing to find seats on the plane vocalist Bethan Rhiannon piped up and said “Right, that’s the kitty spent. Er…how are we going to live?”

With the plane being readied for take-off, the band got busy on their phones and opened an online shop and turned lockdown into a launchpad for creativity.

Patrick sold his brocade performing jacket and the group hatched a plan to sell specially written songs for special occasions, all set out on parchment. By the time they landed at London’s Heathrow airport they’d made £1,200. They were on a roll.

Besides being a world-class harpist Shelley Musker Turner creates magnificent leatherwork and horse armour for Hollywood historical epics. So, relying on travel still being available for essential work, she took herself off to Ireland to work on Ridley Scott’s The Last Duel, starring Matt Damon, Ben Affleck and Killing Eve’s Jodie Comer.

Bethan split her time between returning to teaching and acting. She even tried her hand at comedy with a spot on Romesh Ranganathan’s TV hit Ranganation where she was ‘Folk Hero’. She also landed herself an acting role in a BBC Wales situation comedy Vandullz, the story of an up-and-coming Indie band.

In a brief break during the various lockdowns, the band performed with the National Orchestra of Wales and, last Christmas, a worldwide online concert from Brecon Cathedral with opera giant Sir Bryn Terfel and organised by New York’s Metropolitan Opera House.

She added: “I can safely say it’s another great year and there are going to be some really exciting concerts that involve young people and members of the community working with leading international soloists.”